Growing up in a family of Christian singers, singing classic Christmas songs and carols was a big part of Stevie Mackey’s life. The vocal coach and coach of NBC’s The Voice thought it would make sense that his debut album be a collection of his favorite holiday songs. “I think overall my voice just really lends itself to Christmas music!” he tells American Songwriter. “It always has. I have a classic voice that feels very familiar for people, I think.”

Mackey says he wanted to give those who’ve been following his career closely something that they already know and like, something that was a personal treat for him too. Over the past decade, Mackey has honed his reputation, working with a host of aspiring and established artists such as Selena Gomez, Jennifer Lopez, Fergie, Lenny Kravitz and Kelly Roland, among others. Last year, he traveled the world coaching Jennifer Lopez for her 2019 “It’s My Party Tour.”

This year, he’s been gearing up to release recorded music of his own, earmarking Christmas and the holidays as the time to do so. His album, The Most Wonderful Time, comes out on Friday. Mackey has fond memories of the season and he wanted to try bring some of the cheer he’s felt over the years to others. ”Singing hymns and coming together around the piano. Watching my mom cook and my dad scramble around for last minute touches, Christmas makes you feel something that every other holiday just doesn’t have. It’s a special season and it’s been a cold year! This season, people are not guaranteed to be around the people they love and I want this to be a gift for them.”

As a vocal coach to some of the biggest names in entertainment, Mackey roped in some of his famous friends to feature on the album. JLo joins him for a rendition of “It’s the Most Wonderful Time.” “I asked her to be on my album because everyone on it has a special significance and she was like, ‘Of course, baby!’ I had another song in mind but one of the things I’ve noticed about her is she knows how to create a moment. She knows how to put so much personality into it. She was supposed to be on “Let It Snow” but she said “It’s The Most Wonderful Time Of The Year” sounds like a Christmas party! We throw Taco Tuesday Christmas parties every year and it reminded her of that. For this one, she actually vocal produced me for the first time! That’s my girl…. I care so much for her.”

Mackey’s Taco Tuesday parties became the stuff of LA legend, before Covid-19, that is. The invite-only monthly gathering was a place friends of his could meet to perform, eat and catch up. Mackey sought to re-create a familiar feeling on his album, even with a few surprise guests.

“I think the songs chose the artist,” he says. “You listen to a song and you think, ‘Where does this take me?’ So for the Boyz II Men song, it took me to the awesome ‘90s place that I grew up in watching Home Alone and it just felt right.” Jojo, who was born in the 90s, features on “Hung Up On You. “For JoJo, it’s that love song that has this super ‘singer’ vibe just going back and forth between us. She was actually my first vocal student and has been in my life for ten years now.”

For “Jesus What a Wonderful Child,” Mackey enlisted Take 6. “With Take 6, they’re like brothers to me. I grew up with them.” His child-hood friend Sheléa, the first person he ever sang with, features on “Mary Did You Know?” On “Do You Hear What I Hear” he brought in Cory Henry. “Cory is like the modern king of funk and he’s playing Hammond organ and singing. [On “This Christmas”] Justin-Lee Shultz is simply the future. They all play a unique role and bring something different to the project.”

For years, Mackey has helped make musicians’ dreams come true, by helping them hone in their craft. His philosophy is that anyone can sing, it’s just about escaping the fear of making mistakes. With his an album to his name, now he gets to make another one of his own wishes come true. “Something people may not know is I’m not a big self starter. I find my motivation by motivating others…by teaching. That’s what really fulfills me.”

He believes this Christmas project he’s been working on and is now ready to share with the world will be something he’ll still be proud of in years to come. But he’s also proud of what he’s helped other accomplish, particularly working at The Voice for 16 seasons. “Coaching singers, being in the band, helping contestants, and everything else. It taught me so much,” he says. “I was put in so many positions that it prepared me to do anything in music… anything. I got to see all these artists over the years flourish and become the stars that they are. I love to see the journey of artists. Just because they’re not famous yet doesn’t mean they’re not talented. I love to see them grow. I’m so proud to be a part of their journey.”

Available at all your favorite music spots, here. 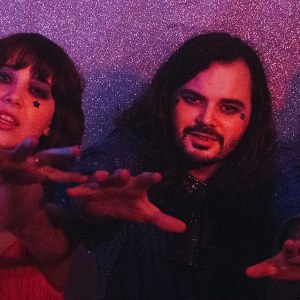 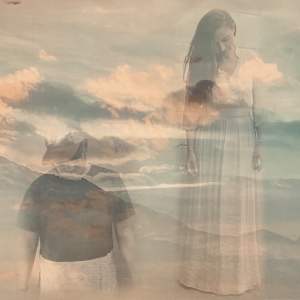