The trees are dying. The snow is melting. Ashes on the ground.

It started with a few stark words about the state of the world, and from there Tenlons Fort, the moniker of Austin-based artist and screenwriter Jack Gibson, along with Rain Phoenix, started piecing together their “dystopian holiday song.”

Throughout the entire songwriting process, the essence of the song was found in one phrase that kept repeating: “I See a Light.”

“We went back and forth sending lyrics until we had three verses,” says Gibson of writing with Phoenix. “It came together pretty quickly. In the end, I think it ended up sounding more hopeful than dark, which felt right. I tend to keep things pretty simple. Just find the puzzle pieces that fit, and the song usually reveals itself.”

Reflecting on the folk-driven track, Phoenix says she added more of the global warming-themed lyrics, while Gibson wrote the majority of the song. “I asked a couple friends and label artists to pen dystopian holiday songs that we could collaborate on, but I asked to also make them hopeful,” says Phoenix. “Jack responded immediately and we started texting lyrics back and forth. Then, the next thing I knew, he’d sent me a fully formed song.”

Phoenix, who recently worked with Luke Rathborne on “Come Back to Me on Christmas,” another dystopian tale of love and loss during the holidays, says Gibson’s chorus, the tender refrain of I see a light, pushed the song into a realm of more hopefulness.

The concept for the more melancholy songs came after thinking about the how, in the midst of a pandemic, this holiday season would be different from all the rest. “I was thinking how this is the world’s first Covid holiday,” says Phoenix. “So many families are unable to see each other, so much uncertainty.”

Visually, Phoenix contributed images and video of herself against a white wall, then sent it to Gibson, who has done writing and production for Gus Van Sant’s films, including 2018’s Don’t Worry, He Won’t Get Far on Foot, which also starred Rain’s brother Joaquin Phoenix, as well as his work on television and his own 16mm projects, to work his magic.

“I love how it turned out,” says Phoenix. “He’s a writer and filmmaker so I knew I was in good hands.”

Gathering images from a trip to the Oregon Coast and photographs shared by a friend in Colorado, combined with pictures of sunsets and cloud formations over a lake in Texas, Gibson pieced together the video for “I See a Light.” Visually ethereal and lucid in its message, “I See a Light” is an ode to the earth, revealing a nature pictorial with apparitions of Phoenix and Gibson interspersed throughout various settings.

“I combined those images together to create the backdrop while Rain and I filmed our performances in separate locations,” says Gibson, who also worked with Chris Tucci for the single’s cover art. If you’re lucky, collaborating fills you with hope in difficult times and this was the case on ‘I See a Light.’”

After recording the vocals and guitar, the track was sent to Phoenix’s longtime collaborator Michael Tubbs at PULP in Gainesville, FL for mixing. Tubbs also pulled in musician Steve Head to add more sonic textures to the guitar parts.

Gibson and Phoenix knew one another for years before eventually playing a show together in Seattle. By October 2020, Tenlons Fort released his sixth album, Sober October, produced by Larry Crane (Sleater-Kinney, Elliott Smith), via LaunchLeft, a label and podcast started by Phoenix in 2018.

“We’ve known each other for a long time, but it wasn’t until he opened for me in Seattle that I truly understood what a great singer-songwriter he was,” says Phoenix. “I think collaboration and kindness are so important as a rule and particularly rewarding in the music world. I have learned so much from the people I work with.”

Phoenix adds, “This song was an exercise in creating a little joy within our community of artists and offer a hopeful alternative to what might feel like a pretty bleak holiday for us all.” 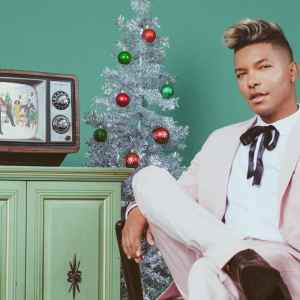 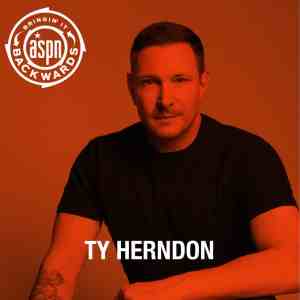