Back when Andrew Davie and Kevin Jones of Bear’s Den started recording their Ivor Novello-nominated debut album, Islands, in 2014, they met a “fun guy at the studio who worked upstairs.” In the years that followed, that guy — Paul Frith — would go on to arrange the brass for their first, second and third albums. He’d also end up working with The xx and Radiohead, as well as compose soundtracks for films and documentaries like the BBC’s Antarctica: Ice Station Rescue, and develop a penchant for sweaters inspired by the carpet in The Shining. Now, Bear’s Den take their relationship with Frith to the next level, releasing an album with some of their finest songs, reimagined under the composer/arranger extraordinaire’s cinematic touch, titled Fragments.

“I remember whenever we were banging our heads against the wall trying to get something recorded that wasn’t working, this absolute legend would come down from upstairs — and he had an amazing mustache — and he was always a lot of fun and very supportive,” Bear’s Den lead singer Andrew Davie tells American Songwriter, reflecting on first meeting Frith. “He was just an incredibly creative guy,” he says.

The idea for Fragments came about after Davie and Jones talked to Frith about maybe playing with some of their songs using strings and piano, and by the time they’d gone off to Seattle to record their third album (So that you might hear me), Frith sent them what he’d come up with. “About a week into recording, we just got sent a bunch of stuff by Paul, and it was all amazing,” says Davie. “It was all Paul’s sort-of re-imaginings of the songs.”

He admits there was a moment when his and Jones’ natural instinct to be protective of their work kicked in, and they thought about how they could be involved in what Frith had created. “But the more we both listened to it, the more we were like, ‘This is just really cool,’ and it’s a really unique thing to just hear back for us. We were both getting so much out of it.”

The resulting album is a 12-track spin on songs from the band’s back catalogue, where Frith added weight to some songs, while softening others. Frith brings out moods and tones to Davie’s voice that longtime fans will be enchanted by — whether it’s adding a crispness to ‘Isaac’ or enhancing the drama of “When You Break.”

It required a lot of trust for Davie and Jones to let go of their songs. “After working with him as much as we have, I think if it had been anyone else we probably wouldn’t have been as trusting,” says Davie. “Paul’s an amazing musician, an incredible composer and arranger, and so we definitely trusted him massively. He’s an incredible artist so it was just an honor, really.” Frith, whose debut symphony Shackleton was recorded by the Royal Philharmonic Orchestra, used a string ensemble and a classical pianist for the songs.

Some of the tracks were turned into instrumentals, with lyrics from the originals being used as their titles, like “Can’t You Hear it in the Silence,” from “Red Earth and Pouring Rain,” and “Lightning Trying to Put Out a Spark” from “Dew on the Vine.” It was a journey with different ideas for different for each song,” says Davie. “Some songs were more embellishing the originals and some were complete re-imaginings, and some were, I think, almost Paul saying, ‘I just really need to go down this road,’ and making interludes. Some of my favorite moments on the album are him going down this path that you just didn’t know existed.” Frith also created a new track, “Fireworks Flashing” out of fan favorite track ‘Think of England.’

Davie says he was surprised by the whole process. “I can’t really stress that just hearing an orchestra playing anything you’ve been involved in is kind of nuts,” he says. He points to “Napoleon” and “Broken Parable” as two standouts for him. “I’m gonna list all of them, basically,” he chuckles. “But “Broken Parable” is my favorite one on the record because it feels the most different. And yet, somehow it feels like more right than the original does. Which I don’t know how he does that. But the way he’s reinterpreted that song was just amazing.”

The band played the songs live with Frith at the end of 2018. The sold-out Fragments shows took place at London’s EartH, Hamburg’s Elbphilharmonie and Utrecht’s Tivoli Vredenburg, and they then rerecorded the arrangements at RAK studios in late 2019, with a handpicked group of some of London’s top string musicians. “It was totally nuts,” says Davie, about witnessing a live orchestra take on his songs. “It’s like goosebumps the whole time, it’s insane!” Clips from the show have formed the music video for “When You Break.”

Over and above the album itself, Davie says he’s come away from the project with a new kind of perspective of what happens when you give people around you permission to pull your songs in different and interesting ways. “When you start a band or start writing songs, to some extent, you have to be quite protective of those songs, because otherwise they’ll go down roads that you don’t really want to go down and end up sounding completely different,” he says. “Or if you listen too much to everyone around you, you won’t have much identity. But if you don’t listen to anyone around you, then you just kind of become a little bit of your own island.”

In letting Frith enter their island — or den — Davie says both he and Jones have been enriched in the way they intend to make music going forward. “I think you’ve constantly got to like push yourself to try different things,” he adds. “And maybe let someone else in who can push you in different ways.” Especially if that someone is a fun guy with great taste in sweaters. 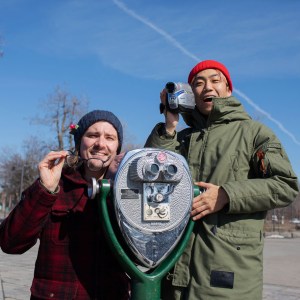 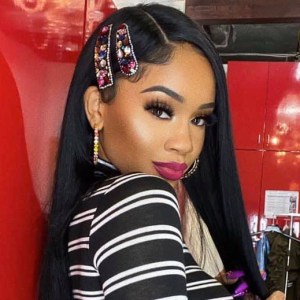