Los Angeles rapper and fashion star, Saweetie (born Diamanté Quiava Valentin Harper), is a chameleon. In one moment, she’s in the viral video for her song, “My Type,” atop a basketball rim decked out in sport shorts, talking tough. In another video, she has 8-inch red fingernails clutching a just-as-red solo cup, licking her lips. She spits quick and can ease back on a beat. In other words, Saweetie is comfortable wherever she finds herself. And this knack to switch styles or aesthetics began at a young age, as the eventual world famous artist shuffled between singing Disney princess songs and putting on new outfits as a young person. Now, Saweetie, who recently released the remix for her popular track, “Tap In,” boasts millions of fans and a unique, uncanny ability to fit in wherever she wishes.

“For me,” Saweetie says, “music is like playing dress up. As a little girl, I loved playing dress up. Getting the hairspray bottle or the flat iron and singing or rapping into the mirror. It was inspirational.”

That inspiration quickly took Saweetie to writing verses. While she initially wanted to be a singer, she was later sidetracked by sports before finding herself eventually writing poems. She loved reading the work of Maya Angelou (and remembers studying Ralph Waldo Emerson in high school) and she would pen little verses about hard times, boys she liked or clothes in a notebook. Soon, though, Saweetie found hip-hop and she had the realization that rapping, in its most essential form, was like reciting poetry over rhythmic beats. So, she dove in. Mastering the form in her car, of all places.

“Anybody who lives in L.A. knows how a 10-minute drive can turn into an hour-long one sitting in bumper-to-bumper traffic,” says Saweetie. “So, instead of listening to music, I thought, ‘Why not just write it.’”

In college, she studied communications and business but, more than any subject, Saweetie learned how to learn. She was surrounded by ambition and she fed off of it. In 2017, the then-23-year-old emcee dropped her debut hit, “Icy Girl.” The video features Saweetie with platinum hair and white fur coat. In many ways, she looks like a diamond incarnate, which is no coincidence. Her given first name literally means “diamond.” And diamonds, in this way, are something of a guiding light for Saweetie. She models herself in their image.

“Diamonds are a symbolic part of my life,” she says. “I do believe that, under pressure, I always rise to the occasion. The pressure that comes with fame and notoriety has helped me become a better woman, a better businesswoman, a better person, a better girlfriend, a better sister and a better daughter. I feel like I’m becoming a strong, educated and wiser woman.”

Day in and day out, Saweetie’s schedule is packed, manicured, curated. If she’s not writing, recording or performing music, she’s working on makeup deals, music deals, social media videos or any other number of tasks and obligations. For someone who once liked to go to the movies or eat at a restaurant alone, this can be tough. It’s a give and take, she acknowledges. But one thing must remain a constant: Saweetie must have access to excellent food (or the ingredients to make a delicious dish). Nourishment and snacks are crucial.

“I love having my scheduled planned out,” Saweetie says. “But the only time I’m irritated or frustrated is when I’m hungry. As long as there’s food, I can work all day. It’s just a weird interest of mine. I love mixing flavors, sauces, seeing what I can make from scratch. I like to taste as I go, so I don’t have any recipes. Cooking is therapeutic. I especially love to make a bomb dish that everyone eats.”

Cooking is satisfying. But what was also satisfying for the amateur-chef-turned-famed-recording-artist was when she wrote the initial idea for her track, “Tap In.” The song has since turned into the collaborative remix featuring Post Malone, DaBaby and crooner, Jack Harlow. The track was borne from a saying Saweetie and her friends and family would often repeat when growing up in the Bay Area. Going to a party? Tap in. Got some good take out? Tap in! A cunning lyricist, Saweetie knows a good song can come from a sticky, ubiquitous hook. For the remix, Saweetie tapped into her macho side.

“I had already done an all-star remix with my girls for ‘My Type’,” she says. “I come from a family full of men. So, I wanted to put on for my tomboy side, the masculine side of my music. And I hit up another all-star crew.”

Up next for the prolific creator, Saweetie will release a few singles prior to the ultimate unveiling of her debut LP, Pretty Bitch Music, which features a plethora of talented musicians, including the acclaimed producer, Timbaland. Saweetie says she’s excited for the world to see her first lengthy body of work. She anticipates it will be a big moment for her and for music, in general. But that’s the gift of the art form. That’s the glory and bountiful journey it can provide if, like Saweetie, one invests heart and soul from all conceivable angles.

“Music comes with a lot of hardships and obstacles,” Saweetie says. “But if you’re successful, you get paid for the ideas you create. It’s a gift from God. I’m grateful that I’m able to do it. It’s exciting. It’s fascinating. I get to play dress up and I get to write songs and music that I love.”

Looking to make your own music? Check out our Gear Guides for everything you need to rock out. 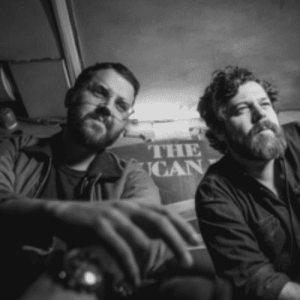 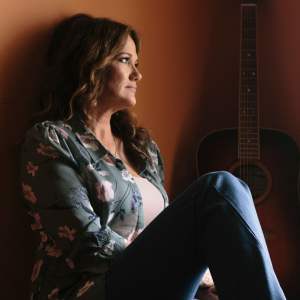