The album title might, to the uninitiated, sound like a shoulder shrug. But to hear Fran Healy tell it, as he did in a recent interview with American Songwriter, calling the new Travis record 10 Songs was his way of throwing down the gauntlet and reminding people what made his band so special in the first place.

Many songwriters might take offense at any suggestion that the quality of their work has diminished in any way. But Healy, the singer and chief songwriter for Travis since the Scottish quartet (also featuring Dougie Payne, Andy Dunlop and Neil Primrose) first outdid the Brit-Poppers at their own game in the late 90s and early 2000s with classic albums The Man Who and The Invisible Band, candidly admits that his interest in his craft waned a bit due to major life changes.

“I’ve been a father for 14 years,” Healy explains. “My son was front and center on my work bench and that was my project. For the past 14 years that was the thing. About a year ago, he came up to me when I was in the middle of working and he told me, ‘I’m good, Papa, you can do the band now.’ He sort of sat up like Pinocchio on the table and said, ‘I’m a real boy, now, OK?’ Because I’d been being a Dad, I hadn’t really given myself to the band at all. When we got off the road at the end of the last tour, I thought I’m not going to release anything until I’m absolutely 100 percent happy with it.”

Healy’s insistence on getting it just right led to a four-year writing process for the album. 10 Songs, in many ways, feels like a direct continuation of the band’s approach from those aforementioned albums, as tracks brood with mid-tempo tension before opening up to soaring, yearning choruses. Healy doesn’t dispute the connection. “Around about the time of The Man Who, I was very, very driven,” he says. “I really was massively engaged and competitive, and remained that way for a good four, five, six years until I had my son. And then I took all of that energy out of Travis and put it into my son.

“After that point, everything changes. Travis was kind of parked in the car-park. The car was running, but we were not moving, because I took that battery of Travis and I stuck it in my son. And then my son told me, ‘Papa, here. Here’s your battery back. I don’t need it anymore. Put it back in the band.’ And it is really to me like picking up where I left off. It has that same energy, because that what my energy feels like. If you’re the focus of my energy, then you’ll know all about it. I’m like a firecracker. Just try and stop it.”

Songs like “A Ghost” and “The Only Thing” feature Healy urgently musing about what’s important in life and the process of committing to those priorities. It’s hard to not to hear them as songs about his band. The first line on the album, “This is no rehearsal/This is the take” (from “Waving At The Window”) strengthens that notion. Healy says this double-meaning seemed to sneak out of his subconscious.

“That song is me talking to my wife,” he says of “Waving At The Window.” “It’s about love. I thought it was about me and my wife, but a lot of these songs can be about my band. Because it’s the same thing. I’m married to these people. We’re married, we’re together, we love each other, it’s a relationship. There are a lot of songs on this record that speak to this feeling where I’m 47 years old. I think parenthood maybe does it to you; it just fucking wears you down. You can feel your own energy depleting at a much quicker rate than even if you were using it yourself, because you’ve now given it to someone else.”

“I felt really like, if I don’t turn this around, I may as well just fucking give up. You only get one shot at this. I’ve got 40 years left at the most. And it’s never too late. I think you definitely do have a certain amount of time on the planet. If there’s a theme running through this album, it’s just pull your finger out and do whatever you can. Because you never know. I mean, look what’s happened. We’re releasing this thing in a fucking pandemic.”

10 Songs also features bittersweet love songs like “A Million Hearts” and “The Only Thing,” the latter a duet with Susannah Hoffs of The Bangles. As the album draws to a close, Healy digs deep into his own past for a pair of ballads. “Nina’s Song” began as an attempt to write a song for a musical. “The weird thing is it’s ‘Nina Song,’ but it’s really the song that the 12-year-old me is singing,” Healy says. “I didn’t have a Dad and I so wanted to have a Dad. All my friends had Dads and their Dads were really cool and I just had a Mom. Songs are these ways for these things to come out of you. I guess I had ‘Nina’s Song’ in me for 40 years.”

On closing track “No Love Lost,” Healy croons alone at a piano, hitting some hauntingly high notes to drive home the depth of the emotion. “When I took it into the studio, I just didn’t want anyone else on it,” he admits. “The long, long, long falsetto note just sounded to me like a little wolf howling by itself. To me that’s what singing is. We’re all just howling, but in a more sophisticated way. It’s that sound that you make when you’re longing or need something.”

“I guess I was thinking, ‘What is that drives people to write songs?’ This idea of the thing that you didn’t have. I didn’t have a Dad, and I didn’t know until I became a Dad myself that I realized how massive that thing is in someone’s life. I guess that was a big part of my life that’s missing and I’ll never be able to get it back. It’s part of that battery that drives me. I think lots of kids out there don’t have Dads or Moms. There are definitely a couple of songs that tune into that.”

If this is a kind of resurgence for Travis, it’s one only made possible by the fact that the same four guys have been together since the beginning. Healy puts that down to part luck, part location. “We all found each other and we’re all very happily married, warts and all,” he explains. “Any relationship is a compromise. We find it very easy to compromise with each other because we’re all very different in our characters and all complement each other very well. I think the reason that’s we stuck together for so long. And we have our feet on the ground. There’s an unwritten law in Scotland that says that nobody should go beyond their station. You’re going to live; you’re going to die. And the doctor, the guy who sweeps the street, you’re no higher up than he is and he’s no higher up than you are for any reason.”

Since they are together, Fran Healy reasons, Travis might as well go for broke from here on out. “We’ve stuck together and we’ve never treated each other badly,” he concludes. “We’ve had our ups and downs and everything. I think we’re lucky to be Scottish, we’re lucky to be in this great band together and still competitive and putting out records where we’re saying to our contemporaries, ‘Come on. Write a better song than that.’”

Check out out review of the new album, right here. 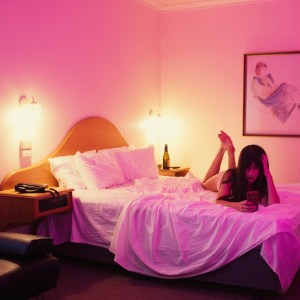 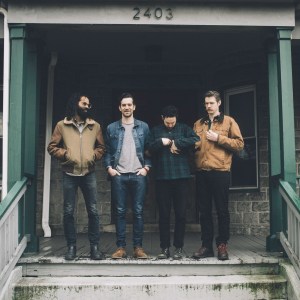