Later this week, Drew Citron will drop Free Now, a wistful, heartbroken album that the Brooklyn indie rocker wrote in the wake of a breakup from her former Beverly bandmate and Alphaville co-founder Scott Rosenthal.

“I thought it might be the third Beverly record, and it kind of is, in a way,” Citron recently told me over the phone, speaking from Bushwick. “But it’s much more personal, and it’s much more my voice front and center.”

Free Now—Citron’s debut solo effort—follows Beverly’s 2014 album Careers and their 2016 album The Blue Swell. (Despite the fact that Citron and Rosenthal’s breakup spawned the album, Rosenthal has instrumentation credits on several tracks.) Citron cites The Smiths, The Carpenters, and The Bee Gees as touchstones for the album’s sound, but the twinkling lead single “Summertime” and scuzzed out second single “Kiss Me” seem to take cues from Cults and Surfer Blood, respectively.

“Drive real fast / While the wind is high,” Citron sings in “Summertime,” nailing a string of hushed, glistening vibratos. “I don’t want to feel you say goodbye / No, I never want to give my heart to someone’s goodbye.”

Citron remains best known for fronting Beverly, but she cut her teeth as a touring musician for Frankie Rose and The Pains of Being Pure of Heart. Meanwhile, she and Rosenthal still play together in Public Practice, a funky post-punk outfit whose debut album arrived back in May.

We caught up with Citron about Free Now, the current state of Brooklyn’s DIY scene, and her earliest Morrissey memories. Check out the full interview and listen to Citron’s latest singles below.

American Songwriter: You said in a press statement that you wrote most of the songs on Free Now along the coast of Northern California. Can you tell us about where and when the album started to take shape?

Drew Citron: I wrote it after a huge breakup, obviously, as you can tell from the material. I finished a West Coast tour with Beverly, and then I went to Northern California to hide out. I was just going through a really hard time, so I camped out in Bolinas, actually. My godfather had a friend who had an Airstream that I was crashing in, so I had a little writing retreat in the most beautiful Pacific Coast hamlet that you could possibly imagine. That was the summer of 2018. And that’s where I did some of the heavier and more dramatic songwriting.

Did you know this material would be released under your own name?

No, I thought it might be the third Beverly record, and it kind of is, in a way. But it’s much more personal, and it’s much more my voice front and center. It could’ve gone either way, but I agree with my label [Park the Van] who were so integral in the way that we released this. It’s much stronger to say, “You know what, this is me, this is my birth name, and [these are] my experiences.”

In the same statement, you said, “Growing up in San Francisco, I used to take so many long melancholic walks listening to The Smiths on my Discman. And those walks now strike me as a kind of prelude to the feeling I’m getting at with this album.” Are there any Smiths songs that you most associate with that feeling? Do any tracks on Free Now tap into that feeling?

My first entry into The Smiths was Morrissey’s solo record, Viva Hate, and that was the first vinyl of his that I bought at Amoeba on Haight Street because the coolest girl I knew recommended him and said “You’re gonna love it.” In terms of Smiths-y production, there is a very jangly, chorus-y number called “Seventeen” on the record.

But to speak more to that statement about walking around when you’re a teenager, I think a lot of people are returning to that comfort right now of what you really, really like to listen to in your darkest times. I know when I was sixteen it was a very dark time and that’s the music that I connected to then. Right now everyone’s taking a pause on life—it’s really hectic and it’s really stressful and it’s really anxiety-inducing. When I put a record on right now, I want to do the comfort food stuff. So that’s usually what I turn to and that’s what I write and that’s what I noodle around on as well when I’m just playing music by myself.

I’m just trying to take it easy and not be hard on myself. We do what we can and I’ve been very active this summer in protests in Brooklyn, and [I’m] starting to turn my focus more toward the election, thinking about phone banking and thinking about what we can be doing. It’s really important to take at least one night a week where you just say, “It’s okay, I’m gonna put on this Elliott Smith record and make pasta and just chill.” It’s really important to be able to do that.

Yeah, everyone needs an Elliott Smith plus pasta night sometimes.

I wanted to ask about the title track, which has this anthemic arc. What was the story behind that song? What prompted you to write it?

That song was written in the darkest moments of my hardest breakup, and I’m a big romantic. I’m a lover. It was a very intense turning point in my life, and I know everyone’s been through that—where you’re so bummed out and you’re so despondent and lost that it’s like, “I don’t know how I’m going to get out of this.” And even writing that song—just taking a look at it in the third-person to say, “Okay, these lyrics are going to express this”—it helped me. It was very cathartic for me.

I think the message of the song is speaking to the person that I was no longer with. The second verse is really addressed to him. When you go through a breakup the only person who understands is the other person. So it’s just about getting free—how hard it is and how necessary, and that with time it gets better.

Why’d you want “Summertime” to lead the album rollout?

I think it was cool to ease everyone into [Free Now], ‘cause it’s much more of a singer-songwriter record than my last Beverly record. There are, obviously, a couple of bigger rock songs but I think it was nice to ease people into it. And it came out in the summer. It’s about summertime—pretty literal [laughing]. I also love the video that we made. It was really fun to be focused on getting together and making something from scratch and being creative during this time.

When did you wrap up the recording and production?

I wrapped up the recording last year, and it was mastered in December. We were planning on an April or May release ‘cause I was gonna go to SXSW and do that whole thing, but then everything got pushed. It’s been in the can for about a year, so it’s really exciting that it’s finally gonna be out. I can’t wait, and I’m already writing new stuff too. I wrote a ton during quarantine, and I’ll have another record next year hopefully.

Do you think that’ll be under your own name again?

So Beverly is no more?

No, but it’s so dear and wonderful and precious to me, and I had such an amazing time and got so many awesome support tour opportunities. I just hope I can keep building on that if venues get to open back up.

Speaking of venues, I know that you helped open Alphaville. Are you still involved there?

I’m not. My ex and I—he built the venue with much help from me, and we ran a club together and I learned the bread and butter of live sound engineering there, and now that’s what I do for work—front of house at venues. So that was [us] building from the ground up an awesome space. I just am so in love with the ethos of that venue. I’ve had so many nights there and seen so many great people, local and touring. We’re all gunning for our local institutions to survive this.

Is it strange that none of those spaces have been open recently? Do you see any outlets for you to do live performances soon?

I’m so addicted to the showmanship and the theater of putting events together that I actually am currently working on a live show which I cannot really disclose. But I’m playing a release show, which will be weirdly ticketed. We’re gonna try to make it legal. But I [once] threw a festival in my backyard—I love doing this. No matter what, the landscape of DIY venues in Brooklyn will survive any way that it can, ‘cause it always will. I’ve lived through many different waves of it.

Back to Free Now, can you register any recent inspirations or influences on it?

It’s all over the map, genre-wise. The glue is me and my voice. But I think I would say The Carpenters and The Bee Gees. And Neil Young—just simple chords. The simplest [songs] are the hardest ones to finish and write. “Free Now” isn’t rocket science, it’s like five chords. I just wanted to do something simple and timeless.

We’re hanging in there. It’s a beautiful day here. It’s peak fall in New York, which always makes me nostalgic and always makes me excited about making music. And I’m actually going to a socially-distant band practice tonight, which I’m really excited about. We’re starting to play music together again, so that feels good.

Free Now is out October 9 via Park the Van. You can pre-order it here. 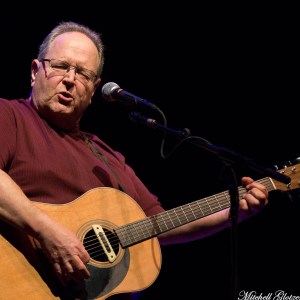 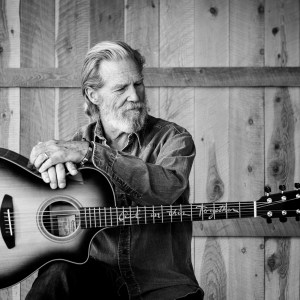