Nashville is a place unlike any other. It’s a town where the song is king and as important, if not more, than the artist who sings it. Need proof? Next time you’re in town hit up The Listening Room, the Bluebird or any other place hosting a Writer’s Night. Settle in and listen to the three or four songwriters, whose names you’ve never heard before, repeatedly slay you with the songs they’ve written one after the other.

Steve Seskin is one of those songwriters. Chances are you don’t know his name, but his songs have slayed you time and time again. Mark Wills “Don’t Laugh At Me,” Tim McGraw’s “Grown Men Don’t Cry,” John Michael Montgomery’s “Life’s A Dance” and Ricochet’s “Daddy’s Money” were all born on a yellow legal pad in front of Steve.

“I’ve been nominated before (first in 2014 and again in 2018), so the surprise wasn’t as much since it had already happened before, but I was still surprised. I look at the list of people on the nomination list and I’m always amazed. Kent Blazy, Don Henry, the names just kept coming at me. I’m a fan of every one of them! It’s an accomplishment to just be on that list!” Chuckling he adds “Sure, you want to get inducted, but I look at the list and come up with six names I’d vote for before I voted for myself!

“The Hall of Fame shows a commitment to excellence. I don’t think you get in there by mistake. To me it really recognizes this piece of the puzzle, the songwriting, is super important to the whole industry. Imagine for a second what the industry would be like if no songs were written outside of the box of that artist. No Nashville boys & girls on 16th Ave makin’ noise. Just being nominated means the world to me.”

A quick look up and down Seskin’s discography and you’ll see not only a ton of hits, but that lot of hits scattered over a wide range of artists. Factor in his chart toppers along with his songs that helped cement artists like Kenny Chesney’s radio careers, it’s safe to say Steve Seskin was an integral piece of country music’s boom of the 90’s. Interestingly enough, he did it while somewhat bucking the system. In general, the rule is you must be present to win. You want to write songs? You want to sing? You want to play? Then you better pack your bags and move to Nashville. Remarkably, Seskin never did that.  Steve relocated once in his life and that was from New York to California.

“I’ve actually never lived in Nashville. I’ve lived in the San Francisco bay area my whole adult life. I grew up in New York and left when I was 21. Now I’ve been out here 47 years.

“I do go to Nashville a lot though. From ‘86 through ’01, I was going eight, nine, ten times a year for a week or so at a time. I didn’t live there but I was spending seventy to eighty days a year in town. This last decade or so I’ve gone about five times a year, but I’ve always had a presence.”

Looking back over his body of work, not unlike most songwriters, Seskin’s favorite moments aren’t necessarily his biggest hits. Instead, he tends to lean more towards the songs that had to work a little harder.

“When I look at some of the songs I’ve written that helped launch the career of an artist, I’m pretty proud of that because it took a lot for them to choose my song. That decision at that point in their career holds a lot of weight. When an artist is established and on a roll, they can get to a point where radio can’t not play their new song, whereas they can totally not play some new song by some new artist.

“I also love when an artist records a song because it’s ‘them’ and it’s not some boardroom decision that feels like it’s a hit. When Mark Wills recorded “Don’t Laugh At Me” he had already done years of work with St. Jude’s, but he really loved that song and he loved what it said. I love when I hear back from an artist and they tell me why they recorded that song; I like that better than the label thought this sounded like a Top Ten.”

These days Seskin is still co-writing three to four days a week and still pitching songs around town. Though he may not be the chart regular he once was, there are a few reasons for that. In part, his style of storytelling songs isn’t Nashville’s current soup du jour. Additionally, a lot of his writing calendar is filled with co-writes not with other potential Hall of Famers but elementary and high school kids. As member of Operation Respect, the Peter Yarrow led initiative, in non-pandemic times Steve would travel to various schools all over and perform for kids. Those experiences led to him spearheading his own non-profit effort, Kids Write Songs.

“I started Kids Write Songs, which is second grade through high school and over the last seventeen years I’ve written over a thousand songs with kids. The songs are mainly about kindness, respect, friendship and in general they have messages of some kind. The big difference is while my hand is on those songs, the thoughts and lyrics are 90% what the kids think of. My role is to be the facilitator of their thoughts. It’s important for them to feel like they wrote a song with a little help from me, not that I wrote a song with a little help from them. My goal is for them to take ownership of that song. It encourages their creativity and shows them they are creative beings and they do have something to say. Also, it’s good for their pride. I have a lot of pride about that program and I feel it’s just as important as getting a song on the charts.”

In the end, as Billy Crystal once said; a writer writes. Always. In the world of Steve Seskin that is just as true today as it was when he was a hit parade unto himself. As for the Hall of Fame?

“The people in the HOF are incredibly talented and I respect the heck out of them. The nominees here are all amazing. Now, we’ll just see what happens.” 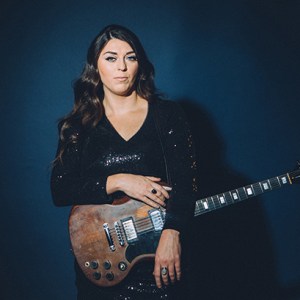 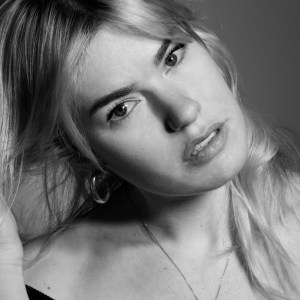