Just two years after Kacey Musgraves took home the trophy for Album of the Year for her pivotal Golden Hour LP at the 2019 Grammy Awards, The Recording Academy deemed the beloved singer/songwriter’s new album Star-Crossed ineligible for Best Country Album for the upcoming year.

According to NME, the album will be included in the pop category at the 64th Annual Grammy Awards on January 31, 2022. This unprecedented move contradicts the seven CMA and three ACM Awards she has earned throughout her career. Further, five of her six Grammy Award nominations were for country categories.

On Wednesday (October 13), Musgraves took to Twitter to share a witty response to The Recording Academy’s screening committee. “You can take the girl out of the country (genre) but you can’t take the country out of the girl,” she wrote in her social media post.

Since her 2013 debut, Same Trailer Different Park, the Texas native has blossomed at a breakthrough level from her undeniably country roots. Later, Pageant Material (2015) saw the artist develop country clichés into a soulful, sophisticated storyline with songs like “Dimestore Cowgirl” and “Good Ole Boys Club.”

In 2018, she stunned us all with a cinematic masterpiece, Golden Hour. The ethereal dream-pop backdrop brought a cosmic component to mainstream country. Though a step out of her traditional track record, Musgraves maintained characteristic twang in tracks like “Butterflies” and familiar tongue-in-cheekiness displayed in “Space Cowboy.”

Released via a new partnership between Universal Music Group’s MCA Nashville imprint and pop label Interscope Records, Star-Crossed takes part in the overarching turn of the traditional country tide that is rising on Music Row. According to Billboard, Universal Music Group Nashville president Cindy Mabe wrote a letter to Recording Academy CEO Harvey Mason Jr. on October 10 to address her concerns with the decision.

“The idea that a handful of people including competitors, who would benefit from Kacey not being in the country category, are deciding what is country only exacerbates the problem,” Mabe wrote. “The system is broken and sadly not just for Kacey Musgraves but for our entire genre because of how these decisions are made for music’s biggest stage. Building roadblocks for artists who dare to fight the system is so dangerous and against everything, I think the [Grammys] stand for. But that’s where we are today.”

Mabe continued to highlight issues surrounding inclusion within the genre. “The numbers speak and are a matter of public record with women making up only 10 percent of all country airplay,” she wrote. She cites Morgan Wallen’s racial slur as an example of the controversial moments that defined the year for country music, emphasizing “THIS IS NOT ALL THAT WE ARE. Under the surface are the artists that change it all and they are led by the example of Kacey Musgraves.” 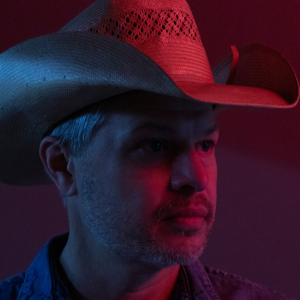