Eighteen-year-old Julia Bhatt is ready to take the world by storm, releasing her first EP, 2 Steps Back, on October 23. It features her three previously-released songs “Marco,” “I’m Cool,” and “Miami,” as well as her new single “Vampires Suck.”

The alternative indie artist approached the creation of this EP with a focus on story-telling, and sharing what she loves about 70s rock. “There are countless songs that are just stories, and that’s what I tried to do with ‘Vampires Suck,’” she said. “I don’t think there’s a lot of that lately.” She revealed her source of musical inspiration came from a variety of artists, ranging from Julian Casablancas and Tame Impala to Pond and Ace. Bhatt puts her heart on the page when writing her songs, keeping it close to her chest until it is just right, but she expressed a desire to share that experience with other artists. “There are a lot of people that I would [like to work with]. I just love other people’s music, and I just want to do it with them,” she said. “I always wanted to collaborate with people. I mean, I’m private about it, but I never wanted to work alone, y’know? I like people throwing in ideas, and I like hearing other people’s opinions and constructive criticisms.”

The past year has brought a lot of highs and lows for Bhatt’s career, and the new experiences have broadened her horizons. “I’ve definitely talked to a lot of people that I never thought I would. Like, I do a lot of covers on Instagram – and it doesn’t really have to do with my music itself – but when I cover some artists, sometimes they’ll answer,” she revealed. “I’ve done artists that I really like, and they’ll have like 1,000 followers and be not as big as I thought they were. It changes my point of view about these artists, and, like, the images of some songs that I’ve liked for years and years and years build up in my mind, but the artist is just some really humble dude.”

Changing her outlook on fellow artists has only served to make Bhatt more eager to work with more musicians, and she opened her process to help bring new perspectives to the stories she wanted to tell. “I’m a mediocre musician, but people don’t like when I say that because I talk myself down. I like to use other people and show off what they can do, y’know? Like, Andrew Pertes did the bass for ‘Tall,’ which is the first song I released, and it’s fucking amazing. It makes the whole song,” she effused. “That’s the collaboration that I really like. The musicians come in, and we’re like, ‘This is what we’re doing, and we want you to do this, this, and this.’ Sometimes they’ll add in, ‘Oh, I want to do this,’ and it will end up fuller than I could have made it, y’know?” This collaborative approach to songwriting has been bolstered by working with producer Elliot Jacobson, who has been with Bhatt since the release of “Marco”.

Known for putting out music at a rapid pace, Bhatt plans on taking her time with her next releases. “I mean, I feel like if I spend too long thinking about stuff, then I end up overthinking and it doesn’t turn out well. If it comes out all at once or it comes out really fast, it usually comes out as one cohesive work rather than me overthinking a bunch of stuff. I’m trying to learn to take more time, y’know? Maybe think things out,” she laughed. “Usually I play the song out and then in the production process I’m like, ‘Oh, maybe we should do this, or maybe we should change this.’ I’m trying to incorporate that into the songwriting with my newer stuff that I’m writing now. It’s still a little hard, but I’m working on it, y’know? It’s important to grow as an artist, in my opinion.”

With this release, Bhatt hopes that her listeners get a better look at who she is as an artist, and she views this EP as a chance to make new connections. “I hope they get a general vibe of me. I’ll be honest, some of these songs are a little bit old, and I’m quite eager to get this out and start releasing new stuff,” she admitted. “I hope that people get a sense of what I was about and then what I still am about and the evolution. I just want to show off all the aspects that I can do, y’know?”

2 Steps Back was released on October 23. It is available on Bhatt’s Spotify and YouTube channels, as well as Amazon Music. 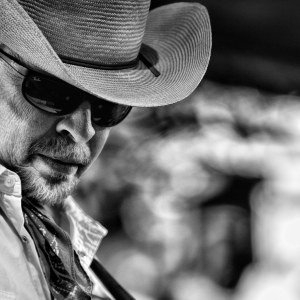 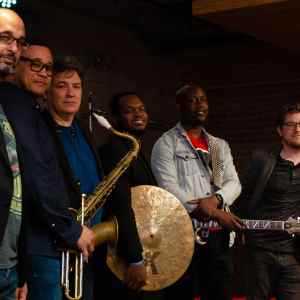