Taylor Goldsmith, frontman for the standout Americana group Dawes, used to work a day job, complete with headset and earpiece, manning a desk at an insurance company dealing with contractors and hot water heaters and the like. It’s the type of position that seems both miles away from where he is and what he’s doing today, and at the same time, not too far off that Goldsmith has forgotten about it. Today, Goldsmith fronts the popular band, which has played coveted Late Night shows and placed their songs in popular television shows like American Dad. He’s also married now to a former pop star and current television star, Mandy Moore, and the two have children together, with one on the way. For Goldsmith, though, the desk job and the accompanying creative vacuum it can create in an artist’s life is never too far to forget. In that sense, it remains for him a motivating factor, one that keeps him working hard despite his successes and one that helped birth the creation of Dawes’ latest record, Misadventures Of Doomscroller, which is set to drop on July 22.

“This is going to sound ridiculous,” Goldsmith tells American Songwriter. “My wife’s very successful, we lead a lovely life. And, yet, despite all that, despite the things I’m saying now, I always feel like I’m six months away from figuring out my next job. That insurance desk guy with the headset microphone—I never was able to really feel like I moved past it.”

In truth, it’s a healthy mindset. Those who get satisfied are likely the same people not to improve, who won’t strive to move further and further into their career and their own creative ambitions. As the Bard, Bob Dylan has said, “He’s not busy being born is busy dying.” Perhaps then it’s no coincidence that Goldsmith speaks reverently of Dylan, his band has even toured with Dylan. And Goldsmith was part of The New Basement Tapes, which brought some of Dylan’s old songs to life in new forms with the help of artists like Dawes, Jim James, Elvis Costello, and Rhiannon Giddens.

“I look at other artists,” says Goldsmith, “and I feel like, oh man, at least they have this security net, knowing they never have to do anything else. And I feel like I should feel that way. And yet I don’t. I imagine maybe on some level they don’t, then, either.”

Indeed, as Einstein told us, everything is relative. For Dawes, it’s the same. When the band got its first big-time tour, it was a boon. Then things only grew. All the while, though, Goldsmith and crew kept level heads. The rug could be pulled out from under them at any time. They’re not “delusional,” he says, adding, “The fact that we have a career at all is a total miracle.” Yet, while the band isn’t selling out stadium tours like Billie Eilish, they are beloved by many. They’ve put out handfuls of records and their latest is superb, from the rollicking “Ghost In The Machine” to hypnotizing, “Everything Is Permanent.” And it was made, Goldsmith says, with both a sense of accomplishment and skill, as well as a desire to do things differently.

For a while, Dawes approached writing songs with a minimalist sensibility. Nothing wasted, nothing extra. But on Misadventures Of Doomscroller, Goldsmith says, there was a look to maximalism. They wanted to “invert” their approach. The result is songs that run as long as nine-plus minutes, songs with changes, intricate guitar production, and songs with themes about getting older and dealing with contemporary technological pitfalls. They wanted to create songs that could “handle” a lot, not songs that had to be trimmed. As such, the tracks on the new record are muscular, strong, and supported by their own artistry.

“That became the guiding principle,” Goldsmith says. “Instead of minimalist, let’s be maximalists.”

Of late, Goldsmith says he’s been diving into jazz music quite a bit, Herbie Hancock and Miles Davis, for example, along with songs from Black Sabbath and Frank Zappa. With jazz, some records may only offer five or six songs and that’s alright. There can be a stronger cohesion as a result. Still, Dawes thought about track order, how, say, a vinyl side-A might start or end, how side-B would unfurl. It was a mature creative process, one with both high stakes and low pressure. The work was done by experts who have long experience in the business. Truly, Goldsmith (and his brother, Griffin, who is the band’s drummer) grew up in music. Their father was a musician who played in the band, Tower of Power. Music was part of their DNA and their lives. Dad sang, so the kids did, too. They hung out in the studio, on tour, playing at picnics and chili cook-offs.

Then they grew up, got day jobs to make ends meet, and wondered what would be next. While working his insurance gig, Dawes made its first album. At the time, Goldsmith thought that would be it. The album was something to tell friends about, a past life experience. But then Dawes got offered a tour, their first. Opening slot, $50 a day. It was during the recession in 2008. Gas was less than $2 a gallon. They had barely enough money to scrape by, sleeping in fans’ homes or on the floor of the hotel rooms otherwise occupied by the headliners, Delta Spirit. The band roughed it. But suddenly they had a foot in the door. Goldsmith remembers quitting his day job (his brother worked there too and also quit) and moving out of his house the day that tour began.

“We packed up our house and quit our jobs,” Goldsmith says. “It was pretty much out of a movie. First day leaving for tour was the last day in our house. We timed it out, waving goodbye.”

In the classic way, Dawes found itself through work, day in and day out. The band, which is known today for its “Laurel Canyon” sound, didn’t know what it was at the beginning. Now, eight albums in, there is a clearer sense of purpose, of the “lane” the band travels in. At the same time, Americana folk has enjoyed a resurgence from its mid-’70s heyday. Bands like Fleet Foxes and The Avett Brothers are standouts in the genre, but Dawes isn’t far behind. During that first tour in 2008, the band, which had its first record done, had enough handmade copies for the tour. They later put it out officially in 2009. Well over a decade later, things are working out. But over time, Goldsmith’s life has changed, too. He’s a husband and a father and while he loves being on the road, he also misses his family immensely while he’s gone. It’s a balancing act, and a difficult one at that.

“Nothing comes before [family],” he says.

When he’s playing music on stage, he feels like the best version of himself—like “Popeye after he just finished a can of spinach,” he says. But that also doesn’t compare to the simple moments with his child—hearing him trying to simply pronounce the word “car.” With all this in mind, Goldsmith, Moore, and Dawes, which is slated for an upcoming tour with the Head and the Heart, are working toward the futures they want. Goldsmith says he already has some 15 songs ready for the next record and as he and his now-pregnant wife await their new child, there is much to be thankful for. Between family and music, there isn’t much else to the world, for Goldsmith.

“It’s funny,” says Goldsmith. “Sometimes I’ll do interviews and they ask me ‘What else do you like to do?’ And I go, ‘I don’t know. This is it!’ I play music. And I hang out with my—I’m watching a toddler most hours of the day when I’m home. It’s not like I’m some expert knitter.” 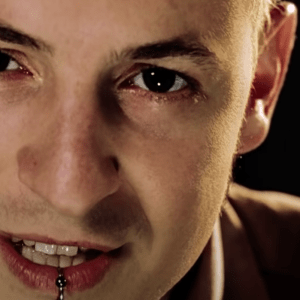