Taylor Goldsmith, frontman of the California-formed band Dawes, writes for the joy of writing. He’s unafraid to keep putting the pen to paper, even if all of the ideas don’t stick. In the spirit of his heroes, Frank Zappa and Joni Mitchell, he creates, writes, and records with a free spirit, letting each song be complete as it is.

This, he says, is what takes the pressure off of being a career artist. By constantly creating and not letting the fear and competition for releasing “the next big thing” paralyze him, his music thrives.

Since the beginning of their career, Dawes has released an album nearly every year or two, beginning with their debut album North Hills in 2009. The band has seen an additional eight albums in the 11 plus years of their existence—no small feat for any artist with the average releases over a career coming to four or five albums.

From their debut in 2009 to their 2020 release, Good Luck With Whatever, the band has seen an evolution and a maturity from their early days, especially in the lyric content. Evolving from the bounds of relationships and breakups, Dawes grew into their maturity by delving into the subject matter of humanity and learning how to face the awkwardness of it assuredly.

Goldsmith says their process lives in the moment of the record, freely flowing from one minute into the next. Once finished, they move on, leaving no room for loose ends.

“We make a record, we go on tour, and we start thinking about the next one,” Goldsmith tells American Songwriter. “And so many of my heroes, musicians, and otherwise were always those kinds of folks that just kept stepping to the plate over and over again and getting more at-bats.”

This attitude about music, Goldsmith says, is what keeps the pressure and expectations at bay. When he looks around at artists who take a good four or five years to produce their next album, he finds that fans will build up the expectation to impossible levels, often shrouding the next project in this shadow of unattainable anticipation.

“When these artists go away for a minute, the longer that time lasts, the more I’m sort of anticipating a big thing, as this is a fan,” he says. “It’s not like, I’m not wagging a finger at anybody, but I’m just like, I can’t wait to hear what you’ve been doing for four years. And then so it shapes my impression before I’ve even experienced it. And when I look at going back to big influences, especially like old jazz, it’ll be crazy for a jazz artist not to be in the studio for a year, twice in one year. They’re always at it. They’re making records in a day. They’re writing songs fast. They’re gigging all the time. And I think in a way, us with a real fast clip of releases, it kind of shows this is just a step along the way.

“This is a moment with Dawes,” Goldsmith says. “It’s not the destination.”

This attitude is abundant in their 2020 record Good Luck With Whatever, which offers an acceptance of the world and its flaws as is. This “live and let live” perspective is what Dawes embodied for the record but as a way to mold their future career.

As a fan of laid-back folk favorites such as Joni Mitchell and Bob Dylan, Goldsmith says the natural urgency to keep playing, writing, and touring keeps the fear of expectation at bay.

“When I listen to any Neil Young record, when I listen to any Franks Zappa recording or the Dead or Joni, I feel this sense of urgency of like, this is not being thought about too much,” he says. “This is being created, written, recorded, and then as a very creative spirit, they’re letting it be done because it is completed. It’s behind them now.

“And to me would be I feel less pressure from doing a record a year than the idea of waiting five years,” Goldsmith adds. “That sounds way scarier to me. That doesn’t sound like a break. That sounds like we better come correct.”

Continuing with their driven spirit, Dawes joins Head and Heart this spring on their “Every Shade of Blue” tour alongside Shakey Graves and Jade Bird. The tour officially begins on May 20 in St. Petersburg, Florida. Click here for tickets.

Listen to their title track from their latest album, Good Luck With Whatever, below. 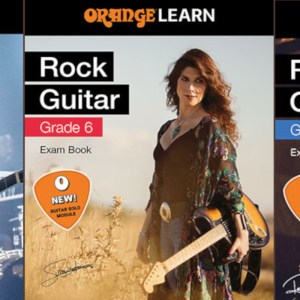 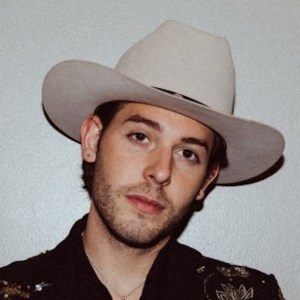