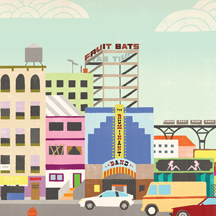 Following a four-year hiatus for front man Eric Johnson to play third wheel for label mates The Shins and Vetiver, Chicago’s Fruit Bats have reconvened with a fresh lineup and a matured approach with The Ruminant Band. Equal parts comparable to ’70s throwback act Dr. Dog for their ability to coax trad-rock nostalgia without outright poaching it, and Blitzen Trapper for dismantling those very influences and funneling them into something not quite progressive and yet not entirely strange, Fruit Bats wisely stake an even middle ground. The leisurely, tambourine-poppin’ groove of “My Unusual Friend” bleeds into a hazy jam mid-song, while shades of country rock linger beneath “Being on Your Own” with a slide steel and brothel piano line. Meanwhile, the title track’s apparent debt to Zeppelin coupled with Johnson’s easygoing lyrics (“You won’t lose the beat if you just keep clapping your hands”) counterbalance their more implied nod to Three Dog Night in “Singing Joy to the World.” Relaxed and familiar, though far from rehashed, The Ruminant Band encompasses all the amiable melting-pot aesthetics we’ve come to expect from the Fruit Bats, but more – it’s focussed yet mellow, comfortable but built with ridiculous replay value. It may have arrived a little late, but there’s hardly a better summer album out there. 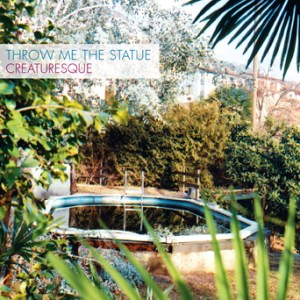 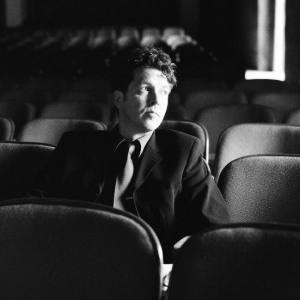