WHISPERING PINES: THE NORTHERN ROOTS OF AMERICAN MUSIC FROM HANK SNOW TO THE BAND
By Jason Schneider
(ECW PRESS)

A volume like this has been needed—a survey of Canadian music makers who’ve successfully carried those roots into the larger-scale pop realm of the U.S., examining their particular contribution and impact down here. The analysis of how that journey’s worked and how it’s mattered, however, is surprisingly limited in this book. Author Schneider essentially provides a set of sequential career biographies. In the case of artists he’s clearly taken with—Leonard Cohen, Gordon Lightfoot, Joni Mitchell, Ian Tyson, Neil Young, The Band—detailed and clear, if relatively familiar ones. But takes on earlier trans-national country stars Hank Snow and Wilf Carter are cursory, and you wouldn’t know that much music outside of the 1970s or the singer/songwriter mode made the trip south at all—say, the Guess Who of “American Woman (Stay Away from Me)” fame, or later performers from The Sadies to Celine Dion. What the Canadian cultural angle provided by these artists has been, beyond some vague references to roaming and seeking identity, is barely taken up. Carl Wilson nailed the significance of the very specific Canadian background to Ms. Dion’s pop phenomenon’s success, in his
Let’s Talk About Love, so it can be done.

Scully is clearly aware of the ironies in doing what he does in this often provocative and valuable volume—looking at the, more or less, sophisticated participants in the American folk scene, in the years since the great Folk Scare of the late ‘50s to early ‘60s, as a sometimes isolated and possibly endangered social group, as early folklorists once examined “the folk” of their imaginations, and examining the folk field’s tendency to romanticize and wax nostalgic for the Folk boom years themselves, as the revivalists once did of days of yore. He focuses on two worthy post-revival examples. The history of the estimable and always evolving Rounder Records, which began as a hippie-era musical collective of sorts and—in the style of Amana commune turned kitchen range company, and Oneida community turned silver company before them—became a record producing corporation with all of the issues and most of the goals of other record companies. Secondly, he looks at the formation of the Folk Alliance, the trade association that parallels bluegrass’s IBMA and county music’s CMA, but with a history of push and pull over “professionalizing” versus “community-based amateur” music-making, and “historically based” versus “singer/songwriter created ” song, arguments that shed light on the continuing evolution of the very notion of commercial folk music.

He was specializing in quirk before it was fashionable, first with the Soft Boys and then on his own, as is amply demonstrated by his return to the hilarious “Uncorrected Personality Traits” and intentionally creepy “Sometimes I Wish I Was a Pretty Girl (So I Could Wreck Myself in the Shower)” in this live in-concert rendition of songs from his I Often Dream of Trains CD 25 years back. (There’s a CD bonus version of the new live versions to match.) Robyn looks as elegant as usual, and his mix of punk, bent pop and smidgeons of roots rock has held up amazingly well over time, given his idiosyncrasies—or perhaps because of them. Rockers like “Goodnight I Say” and “Sounds Great When You’re Dead” remind us once again that you don’t necessarily even care, under such head-banging circumstances, what the lyrical message is when the choruses have such ear-grabbing hooks. They still grab ear. A short bonus film, “Beyond Basingstoke,” is made up of fast-cut footage of Robyn on a train, often on the phone on a train, speeding past the town in the title, as peculiarly as you’d imagine. 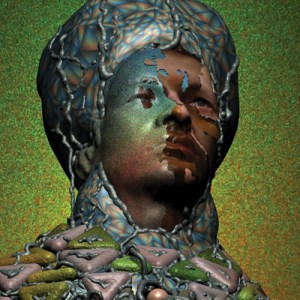