Sometimes the boxed sets of beloved artists containing albums which you haven’t heard in some time are disappointing. They just don’t  move you like they did. You’re left not knowing if you were wrong before, or if you have changed, and nothing sounds as powerful as it did long ago.

The opposite is true with this new Donald Fagen collection. Many of the tracks from his solo albums, soundtracks and more resound like absolute classics. Not only do they pass that brutal test of time test, they have surpassed it. These songs and tracks sound even more powerful all these years since the season of their creation.

This is true because Fagen, in his solo work represented here and in collaboration with the late Walter Becker in Steely Dan, built these songs to last. He and Walter both shared a passion for creating songs that belonged to no one period, but all. When it was suggested that Steely Dan’s timeless greatness was due partially to the fact that there were influenced by no current trends, Fagen said, “That’s because we were influenced by trends from so long ago nobody remembers them.”

One of those trends which has recurred in his solo and Dan songs is the Futurism of the 50s, the quasi-optimistic, cold idea of the future as envisioned back in the previous century. That vision, which was reflected culutrally in theme parks, science fiction books, movies and on TV in “The Jetson’s” cartoon, always imagined the future in the same way, as if all of the past was destroyed completely, so that none of the old world remained at all. That future started around the year 2000, meaning we have been living in that future for decades now.

Only Fagen could celebrate this arcane vision of the future from the past with so much affection. It’s a complex concept simply to state in words, but to do so in song requires a special genius. But he and Walter always were quite at home working content into songs rarely used before.

He gives us this past-future in two songs: there’s the brilliant “New Frontier,” which was his first single as a solo artist. Also, “I.G.Y.,” in which Fagen as a kid dreams of a future painted by Brubeck and  appointed with lots of bomb shelters and a still-zooming space race.

This set comprises his three solo albums, as well as unreleased songs and great tracks from soundtracks and elsewhere. Fagen has said he sees his three solo albums as a trilogy representing three stages of life, and they do feel essentially connected. The first one, The Nightfly, is about his youth, Kamakiriad is from his middle ages, and Morph The Cat is the final chapter, old age, followed by that forever adios known sometimes as the Big Sleep.

With words slightly less sardonic than those scribed with Becker, he blends the virtuosic harmonic jazz complexity of jazz with visceral rock-funk electricity. Unlike the feel of other purported fusion albums, which blend rock and jazz, Fagen solo and with Becker always does it with soul. The production and playing on these records is always remarkable, but always done with soul and in the service of the song. It’s in the songwriting, the composition of this complex but soulful song, that is at the heart of this music, and places it not in the context of modern fusion bands but more in the genius realm of Duke Ellington.

The set comes also with ten “extras,” all of which have not been available until now.

All of these are great, but it’s “Confide In Me” which is the great unknown masterpiece here. It is everything and more which distinguishes his singular music. It’s complex, funky, melodic, romantic, soulful, epic and hip.  Lyrically it’s one of his purest expressions of love, and is a supreme example of the Fagen
funkified jazz-rock amalgam.

There’s also a live rendition of “Viva Viva Rock ‘N’ Roll” which is delightful. All of which has created a remarkable collection of songs by a genius. Yet unlike some genius music, is also funky and fun. 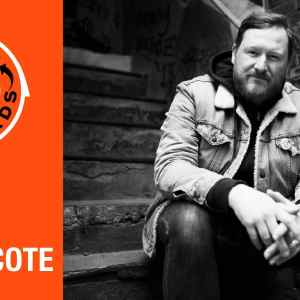