Magic happens when you least expect it. When pop producer/songwriter Galimatias tore himself away from the computer screen, he unleashed something he could not have predicted. His song “Shy Dancer” was born out of his willingness to experiment and take a far less trodden path. The moody, aesthetically blurry-eyed entry stands apart from his new album, a concept record called Renaissance Boy, and as such, you can’t exactly define what it is.

“I’ve been making music practically since I was a kid and always been very software-heavy ─ a midi-keyboard and monitors being the extent of my ‘hardware’ for a very long time,” the Denmark-born musician tells American Songwriter. “I love the tools that are available to us today ─ you have worlds of sounds inside these programs ─ but sometimes clicking around on a mouse on a keyboard while staring at a screen can feel a bit stale.”

The pursuit to unlock a song’s particular formula often sends him careening down a rabbit hole of endless possibilities. “Too much freedom can be inhibiting,” he observes. “When I sit down at my computer, there’s a million paths I can go down, so often I’ll start trotting down one and then second guess whether or not that was the right one,” he says. “I’ll end up abandoning the idea because I feel like there’s probably a better one through one of the other paths.”

“It’s kind of like trying to pick out a vacuum cleaner on Amazon when all 30 of them have a rating of 4.5, and the decision paralysis sets in,” he continues. “When you have a specific instrument or tool in hand, the lines of the court are marked. There’s only so many things you can do, and now it’s your job to make it work. I like that.”

In his more recent creative endeavors, Galimatias challenged himself to integrate more physical elements, including acoustic instruments and hardware synthesizers, into his work. “It feels good to be tactile. For this track, specifically, I’d seen a guy on YouTube called Hainbach use a tape cassette recorder as a delay send, and the sounds he was getting were just amazing. Introducing the imperfections and drive of tape turned his synth into a living entity.”

“Do I look obsessed when I / Watch you do that dance for me / Love it, love it, love it,” Galimatias opens the song. Syncopation even informs his phrasing, clipping ends of lines into tattered imagery, before charging forward into its hazy mix. When the moment is right, his voice descends into this sweltering, otherworldly loop, which began on his OP-1 and cassette tape recorder.

Thus, “Shy Dancer” is the kind of track that can’t be played on simple piano. On finding that technical approach, he explains, “It was just a matter of experimentation. They sounded good when they were playing on top of each other, syncopated. But experimentation is the key word; the sound I ended up with is one I could never recreate through playing. I tried to look at the exact notes by analyzing it in Melodyne, but it’s impossible to play it on piano. It just doesn’t sound anywhere near the same.”

Galimatias first arrived with 2015’s collaborative set, Urban Flora, with Alina Baraz. On the heels of critical success, he moved to Los Angeles soon after its release and set to work honing a live show worthy of the set’s thumping R&B soundscapes. You could argue he then vanished from the pop scene, but he worked tirelessly to develop a stronger sense of self in his songwriting.

His proper debut record, Renaissance Boy, highlights such growth through his ability to “embrace story,” he says, rather than the visual component alone. “I have a friend who helped me learn how to become perceptive to that ─ to the stories in my own life. They are all around, but I just didn’t see them before,” he reflects. “If we continue the picture analogy, I think I used to just concern myself with colors and details. A landscape can be beautiful, but it’s not until we plot the main character into the frame that we make the emotional connection.”

He also learned hard truths about self-discipline and accountability.  “It’s easy to lie to yourself; it’s hard to lie to the people you care about. When you make a living as an artist or writer, the hardest thing becomes self-discipline, because without immediate consequence, you can always push off that project another hour, or day, or week,” he says. “I’ve wasted a lot of time losing the game of motivation to my inner demon of lethargy. I’ve spent a lot of time deceiving myself that I was going to ‘finish it later.’”

“Now, I have a group of friends with whom we all make commitments in writing internally. If you don’t follow through, there will be an embarrassing consequence. Works wonders.” 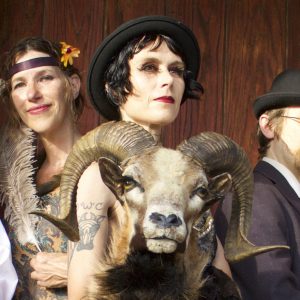 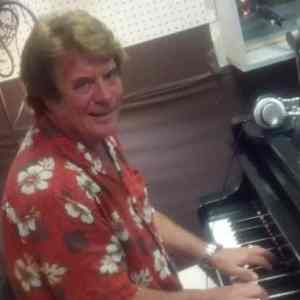