It’s not everyday that you stumble across a band who combines carnival aesthetics, occult symbolism, 19th century romanticism, gothic imagery and psychedelic folk all into one, big artistic presence… but today is one of those days! On December 2, Dust Bowl Faeries put out a spooky new single, “Vampire Tango.”

Originally forming as an all-woman trio in 2015, Dust Bowl Faeries has spent the past half-decade honing in their inimitable sound. By blending their campy style with genuinely compelling and accessible music, the band — who has added two male members in recent years — is able to craft something that is tied to a specific time and place while still retaining a universal appeal. Just listen to the major lift that comes at 1:02 in “Vampire Tango” — the way that the brightness of the melody cuts through the gloom of the instrumentation is the perfect example of this phenomenon.

Yet, “Vampire Tango” is no mere gimmick — lead singer and “Faerie Queen,” Ryder Cooley, explained to American Songwriter that the song was inspired by a Voodoo ceremony she attended in New Orleans.

“‘Vampire Tango’ was written during a Dust Bowl Faeries East Coast tour and residency in New Orleans,” Cooley told American Songwriter. “Our curiosity in the history and practice of mysticism and witchcraft inspired us to explore the swamps, graveyards and Botanicas of New Orleans, which culminated with an invitation to attend a Voodoo ritual. When the rest of the musicians declined the invitation, I decided to go alone. I followed a map to the intersection of Piety and Desire, where I was summoned by ritual drums down a dark alley to a Voodoo temple. The ritual was dedicated to La Sirène, the mermaid priestess of the ocean and of songs. Candles were lit, vevè sigils were drawn and offerings were made as the drumming intensified, and one participant fell to the ground in a trance-like seizure.”

After this experience, Ryder got busy writing. “Following the Voodoo ceremony, ‘Vampire Tango’ came to me quite quickly,” she said. “First the music and then the words. Perhaps it was written by La Sirène herself, who I had gifted some Dust Bowl Faeries music and flowers to at the ritual. I shared the song with the other musicians in residence, who contributed to the arrangement and instrumentation. Shortly thereafter, we recorded a demo of the song on reel-to-reel tape. This analogue recording became the soundtrack for the ‘Vampire Tango’ 16mm film by Lisa M. Thomas, which echoes some parts of the Voodoo ritual.”

And it’s true, the “Vampire Tango” film certainly captures the essence of the journey Cooley went on to write the tune. With a love for cinematic history, filmmaker Thomas noted that working on the video was an excellent outlet. “‘Vampire Tango’ was my attempt to pay homage to the films of the silent era with a glimpse into the world of Louisiana Voodoo,” Thomas told American Songwriter. “The idea of the femme fatale becoming a bat was the idea of Ryder Cooley, which I immediately embraced as a way to pay homage to cinematic characters of our past like Bela Lugosi’s Dracula or Boris Karloff’s Frankenstein.  What I love about Ryder embodying this character is that it brought a female twist to a cinematic genre that has largely been portrayed by male actors in the past.” 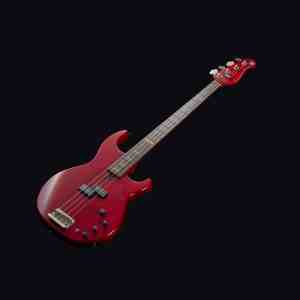 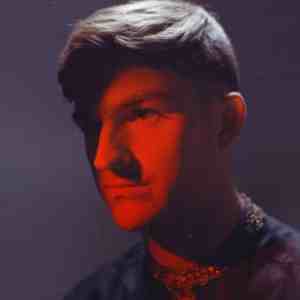