An interesting phenomenon in Nashville the last few years has been the emergence of several new young artists who put the twang back in country music. With two multi-platinum albums, Country Music Association and Grammy nominations, and number one singles, Garth Brooks is standing squarely at the head of the pack.

While the press has handily labeled this movement “new traditionalist,” Brooks says he’s not entirely comfortable or particularly concerned with living up to the title.

“I’m probably the guy who hates labels more than anybody, and usually if someone tells me something is white, I’ll say it’s black just for the fun of it. All I can be is me. That’s all I’ve ever been, that’s all I’ll ever be. So hopefully that will be whatever it is people like to term country music. I don’t think what we’re doing now has a label, and I think people are finding that out with songs like “The Dance.”

Maybe this attitude isn’t as surprising as you might expect, when you consider that for a country artist, Brooks cites any number of pop and rock artists as influential in his musical background. The youngest of six children, he grew up listening to a little bit of everything.

“Mom was a Jack Greene fan, my brothers liked Tom Rush and Townes Van Zandt. My sister was a Rita Coolidge and Janis Joplin fan. Another brother liked James Taylow and Dan Fogelberg.”

Then there are his country idols.

“I’ve got two guys that are just kings to me, and that’s the two Georges; Jones and Strait. I just think they’re cool and I don’t know how to describe them any more than that. They’re what it’s all about.”

Besides his obvious talent as a performer, Brooks has shown himself to be a songwriter of some merit, with his name on his debut single, “Much too you to feel this damn old,” and the multi-award winning “If tomorrow never comes,” co-written with Randy Taylor and Kent Blazy respectively. Talking about songwriting influences, the 28-year-old once again mentions several non-country sources.

“I’d have to say Dan Fogelberg, James Taylor, Elton John and Billy Joel are unbelievable writers to me. I think Fogelberg probably influenced me the most. His songs really made you think that you’ve got to go with what you feel and follow your heart. The think I liked about Taylor and Fogelberg was how real they were. When I started writing, that’s what I wanted to do.”

Even so, the native Oklahoman hesitates to call himself a professional writer. He says he is probably more comfortable taking credit as a performer.

“I don’t know man, there’s Max D. Barnes and Don Schlitz and guys like Tony Arata and Pat Alger. Those guys are songwriters. I just happen to be somebody that sings who also happens to work a little bit with a pen. I found out if you surround yourself with those people, for some reason they call you a songwriter too, but all of those guys are definitely writers.” Brooks explains co-writing has proven to work best for him.
“I haven’t written alone in so long I’ve probably forgot how to do it. With me things get old real quick. I’ll write one or two lines and quit. Co-writing is cool because it keeps you on it, it keeps you pushing. I make my living entertaining, but if you’re working with someone who knows writing is his only source of income, he’s going to push ‘til it’s done.”

Asked to describe his goal as a writer, Brook answers, “To relate, definitely. To have somebody sit there and say, “Man, he had to write this about me,'” and uses “If tomorrow never comes,” as an example of this.

“In all the letters I got from the Gulf during the war, it was like ‘this is our song’ for whoever was over there and their spouses. You know what’s going on over there and they’re identifying with this song and that makes it very real. As a songwriter that feels real good.”

Brooks says he finds songs through a number of sources and that there are certain writers he will look to first.
“Sure, Tony Arata, (“The Dance”) I’ll look at anything with name on it. Dennis Robbins, Stephanie Davis you know their songs come across. Any time you’ve had success in the past with writers like that you can’t help but open it and look at it real quick. Hopefully some of the past is going to be part of your future again.”

Talking about what first catches his attention when listening to a song, he continues. “If it’s got a real neat intro on it, like ‘go, go, come on.’ I think it’s important for all songwriters to know that from this artist’s standpoint I’m praying to God their song is a hit when I listen. It’s not like I’m throwing on the thing and saying, ‘okay, this is going to be a piece of trash, surprise me.’ When I throw it on there it’s like, ‘please God, let this be the one.’ I don’t care who’s name’s on it. I want that next tape I put on to be one that could turn out to be the biggest song of my career.”

Brooks says he has no set procedure for writing, such as always beginning with a hook or melodic idea.
“There’s no formula for me. When I’m hot I can do the lyrics, the melody, everything. Sometimes it’s all music and then the word come, sometimes the other way around. Probably the best for me is when they happen at the same time.”

When listening to song demos, Brooks comments that the production doesn’t necessarily sway him either way as long as the song works for him.

“I had “The Dance” come to me solely as a guitar/vocal. “Friends in low places” was a full blown demo which it happened I sang on to begin with. “Two of a kind” was kind of a swamp thing that a guy named John Northrup took and turned into what I heard. He had it for a record deal so it had everything, the whole nine yards on it. I take them anyway I can get them.”

Commenting on his procedure for demoing his own material Brooks elaborates, adding that the style or feel of a song will dictate demo production.

“I usually just take a little four piece in, usually with one guy that plays acoustic and electric and a whole bunch of stuff, for all my guitar work, dobro work, mandolin work. Then I usually bring in a three piece rhythm section and hopefully I’m finished, unless I need a fiddle player or a steel.”

Noting that he has less time to write now and is more dependent on finding outside material with each new album as the demands upon him as a performer increase, Brooks acknowledges this creates a certain amount of pressure.
“Well, I think what we’ve got to do is turn this momentum around and let it work for me instead of trying to catch up with it. I need to take some time off and plan my time wisely so I can get back to writing again.

“I’m not saying that my own songs have any kind of effect on how an album turns out over songs by somebody else, but it sure gives it a real personal touch. For instance, “If tomorrow never come” or “Unanswered Prayers” makes it very identifiable that it’s Garth Brooks, so I think I need that. I don’t think I need it to survive or still have number one records because there’s (sic) great writers out there by the handful, but I would like to have some of my stuff just to make it more me.”

“The biggest problem I’m finding now is that there’s so damn many new artists the good songs are just being swept away a million miles an hour and I just can’t find them. There used to be a hundred good songs and ten artists and that was ten apiece. Now it’s like al the new artists are picking up the songs faster than you can hear them. Of the three albums, on this third one we have probably seen the lowest quality of songs we’ve experienced. We still have the Max D. Barneses and all those guys writing, so I don’t think the quality of the writing is going down, the songs are just getting scattered around a lot more.”

While producer Allen Reynolds has not been particularly associated with traditional country-style artists, having had most of his success with more middle-of-the-road performers like Kathy Mattea and Crystal Gayle, the combination with Brooks has obviously been a good one.

“Allen Reynolds is a dream,” Brooks says. “If I could wish anything for another artist, it would be that at one time or another they could work with Allen Reynolds because he’s in it for the music and for honesty and I think the Good Lord rewards people like that. I just think anything he sets out to do is going to be successful, and anything Allen Reynolds gets that is good is something he deserves.”
Asked to define his goal as a performer, the Capitol Records artist collects his thought for a moment before responding.

Thinking about how to advise aspiring songwriters, Brooks offers these observations.

“I’d say if you’re really into it, move to Nashville. You know, you can watch baseball on TV, but if you’re going to play the game you’ve got to go where they’re swinging the bats, and that’s Nashville if you’re a songwriter. So I’d tell them to move here, get a job, learn how to drive with these people at five p.m…, become a citizen, and then start in on your music.

“Be Prepared for it to be a business, there’s none of this good-ol’-boy stuff or everybody’s-got-a-few-minutes kind of stuff. Time is very precious here, so be prepared to make the most of the time that’s given to you. Any opportunities that come your way, be ready for them.” 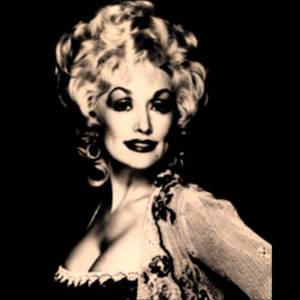