Playing another artist’s music is something Gary Kemp rarely considered. Then, Pink Floyd co-founder and drummer Nick Mason approached him to join his Saucerful of Secrets. Digging into Floyd’s back catalog as the band’s guitar and co-singer and playing for a prog-driven, more “bloke-y” audience—far removed from his Spandau Ballet days—Kemp gained more confidence as an artist, beyond his New Romantic past, which led to Insolo, his first solo album in more than 25 years.

“It severed me from writing for Spandau,” said Kemp, the band’s guitarist and primary songwriter for nearly 20 years before they disbanded in 1990. “It freed me, finally. It’s like having a relationship with someone that’s completely co-dependent to the extent that they’ve left you, they’re sleeping with someone else, they got married, they’re having kids with someone else, and you’re still thinking, ‘maybe one day,’ so it took me a long time to get rid of that.”

Acting in film, television, and stage following Spandau Ballet’s breakup in 1990, Kemp released his solo debut Little Bruises in 1996, before shelving his own music and continuing to write for Spandau “in case” they got back together. “I was still trapped in the shadow of the band, and then life comes along and you do other things,” shares Kemp, who continued acting and started a family. “A lot of times I’ve been writing in the past and putting songs away for Spandau Ballet thinking ‘if we get back together, Tony’s [Hadley] voice would be great for that.’ I was so conditioned to writing for Tony’s voice and for Tony, apart from my first album that I think I sort of shied away from making another one for quite a long period of time.”

Written in 2019, Insolo explores solidarity, nostalgic obsessions, and the past imprinting the future. Written and produced by Kemp, who also took on all the guitar on the album, Insolo is an overture on mortality, the paradox of living in a bustling city and its isolation, and reverence for a more innocent musical past.

“I am of a certain age where I feel the need to understand the issues in the world and my own life,” shares Kemp, who turned 60 around the time he began writing Insolo. “The only way I can do that is in the self-therapy of songwriting.”

Conducting his therapy, Insolo moves through cinematic narratives, told mostly from the perspectives of a man and a woman, from the title track—the introduction of a couple and their sense of loneliness and disconnect—through the ’70s rock cadence of “Ahead of the Game,” and “I am the Past,” the latter guised behind the tale of a famous gunslinger and a shifting love interest. With the lyrics, laughing cos we failed so high / we were kids and we were both / never thought that we would grow old, “Waiting for the Band” is a track Kemp insists is more positive than melancholy, exploring the early thrills, anticipation, and naiveté as a young music fan of Bowie and bands like Wings and 10cc.

“It started off as me just thinking about myself as a kid and being a fan, but it ended up with me saying, I still feel that I have that in me,” shares Kemp. “I still have that young person waiting for music to come and lift him and change him.”

Tied to the reflecting “I Remember You” is Kemp’s recurring vision of seeing his life in a bell jar. “It’s trapped in a certain period of MTV, and I can see it all the time,” says Kemp. “I see myself as a strong guy all the time, so it became a song about me talking to myself and looking back on myself.”

Featuring Queen drummer Roger Taylor, “Too Much” addresses the feeling of powerlessness and exhaustion from all the “bad news” and segues into the mortal rumination of “The Fastest Man in the World,” “The Feet of Mercury”—the only track written years earlier—and “The Haunted,” which Kemp describes as the penultimate track on the album before the closing “Our Light,” a love song to his wife.

“This was really a focused record,” says Kemp. “It was built as an album. It wasn’t just a bunch of songs that have been sitting about that had no connection. They were written in a particular mood, and in a particular sort of chained thought that I had in my mind about life. “

Still looking after the catalog of Spandau Ballet, who reformed in 2009, releasing their final, seventh album Once More the same year, Kemp ensures it is always respected and is considering a documentary. “I’m very involved in that on a day-to-day basis, but playing with Mason, I finally felt liberated as a guitar player,” says Kemp. “I felt liberated as a singer. I felt that people saw me in a different way. Spandau Ballet is a rather niche kind of genre, and here I am suddenly playing in a much wider genre to mostly men, funnily enough, a very bloke-y audience.”

He adds, “There’s a lot of weird sort of sexism that goes on in music where blokes think that bands that are loved by women are not necessarily any good.”

Turning 60 was another watershed moment heavily impacting Insolo. “There was a sense of mortality that really made me wonder about certain issues, about not being as strong, not being as fast as powerful, as sharp of eye, so a series of songs started to find their way to me,” shares Kemp. “Very rarely did I ever write lyrics first, because with Spandau it was always music first, so I knew this was my voice. This was something I had to express because it was about weakness. It was about frailty, and it that had to be sung by my voice, not Tony [Hadley] in his big strong man’s voice.”

In the earlier more electronica and dance-oriented days of Spandau Ballet, it was more about a mood, and the lyrics were “centered around young men creating incredible landscapes for us to be giant on,” says Kemp, who felt a shift in his songwriting in 1982, when he found himself thinking of the song before the riff or rhythm, around the band’s True album in 1983. At the time, Spandau was still considered a cult, London, and SoHo club band and was doing commercially well in the UK.

“I reached a spot in my life and it probably came through my first unrequited love, platonic love, and it shifted my gears,” says Kemp. “My aspirations and ambitions as a songwriter were influenced more by the old school people like Marvin Gaye and an Al Green and to a certain extent, even The Beatles for the first time in my life.”

Kemp adds, “That was my first shift. In Spandau, I always had the guys in mind, so I was always thinking, ‘where’s the saxophone solo gonna go,’ ‘how will Tony sing this’… it was always the music first. For Spandau, I wasn’t writing about me. Even in the latest stuff when we got back together in the 2000s, I still wasn’t writing about me. I was finding other stuff to write about because that was the mindset that I was in when Spandau.”

The second turning point in his songwriting was Spandau’s fifth release Through the Barricades in 1986. Written one night while Kemp was living in Ireland, the title track, a song about the extreme divisions he observed in Belfast, is the first song where Kemp wrote the lyrics before the music. “This album was virtually all lyrics first,” he says.

A cinematic writer, songs appear to Kemp as scenes. “I see every single thing in my head in a visual way through a camera, even if it’s instrumental,” says Kemp. “The cameras are high up in the sky or low down in the street. As an actor, when you get a part you’re looking for what you can relate to in that part, what’s my truth, what’s going to really be my emotions. If you’re singing the song yourself, you definitely need the truth in the lyrics, because people will hear that in your voice.” 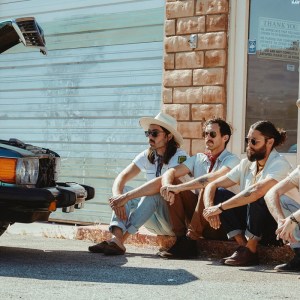 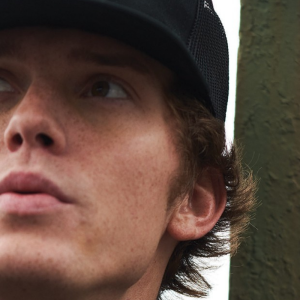