We’ve all heard George Harrison’s All Things Must Pass in one setting or another— the 1970 triple record is one of the most celebrated solo albums to come out of the infamous Beatles breakup. On the album, the ever-brilliant “My Sweet Lord” publicly explored spirituality before that was a pop-culture norm, and other standout tracks like “What Is Life” and “Isn’t It A Pity” are simply irresistible. But we’ve never heard the record like this before.

After spending five years revisiting the original 18 reels of studio tapes, Dhani Harrison is releasing the most polished and exclusive remixing of his father’s All Things Must Pass. Along with award-winning audio engineer Paul Hicks— who had success with the recent reissue of The Rolling Stones Goats Head Soup— Dhani spearheaded the project for the 50th anniversary of the album. With a slight scheduling setback due to the pandemic, the 50th Anniversary Edition of All Things Must Pass is debuting on August 6.

In a conversation with American Songwriter, Dhani revealed that the new edition of the record is, in his opinion, “the best it’s ever sounded.”

Yet, before this project loomed on the horizon, the father and son duo worked together to remaster the album for its 30th anniversary. “You know, he really enjoyed coming back to this record. It was perhaps his greatest work. The band was incredible. The vibe was incredible,” Dhani says. The band in question was the once-in-a-lifetime gathering of legendary talent including Ringo Starr, Alan White, Klaus Voormann, Carl Radle, Eric Clapton, Jim Price, and others. In terms of loosely defining the band, Dhani jovially explains that “the band playing is pretty much Derek and the Dominos before they’ve ever recorded anything. So you could, in a way, say the first Derek and the Dominos record was All Things Must Pass.

“I was actually with Eric Clapton yesterday, and I gave him the [50th Anniversary Edition] box set,” Dhani continues. “We had a good old dig through it— we were talking about a few different things. Everyone who played on it really enjoyed it, and you know I think it was really great for my dad. He liked being a part of a team.”

George’s team of musical all-stars was vital to pulling together All Things Must Pass because the mountain of content he had stockpiled was enormous. His years in the Beatles had somewhat stifled George’s creativity, and a solo venture meant opening up the floodgates.

“It was a huge body of work, a lot of them were rejected in the context of the Beatles records. You can hear over the years, demos of him playing, especially during Abbey Road… you can hear them doing All Things Must Pass. There’s a lot of stuff that was recorded and that he played that just never got recognized. So I guess when you’re writing an album, your best album is usually your first record because you’ve had all of your life to get the songs ready,” Dhani states.

All Things Must Pass was truly a lifetime companion for George, and Dhani as well but to a different extent. To George, however, revisiting his album was a way of getting back to himself. As both Dhani and Hicks revealed, George was “not a big fan of reverb,” and wanted to peel back the layers on his chef-d’oeuvre. Yet, a more stripped-back version of the album wasn’t possible until technology made significant advancements—until the 50th Anniversary remix.

When discussing this year’s All Things Must Pass, Dhani made it clear that while this was a new edition, the soul of the album has always remained. “People throw around this term ‘de-Spectorizing,’ [referring to Phil Spector, producer of the first edition] and that’s not what we’re trying to do,” he explains. “My dad was just not a big fan of reverb. Some of the songs have the reverb burned into the vocal, some of them don’t. So if you were to de-reverb certain things, they wouldn’t fit together as a body of work. You’d be upsetting the balance of the whole record.”

Hicks confirms that the record was “tricky” to revisit because of this focus on reverb. “There’s a lot of elements to it that are harder than I think people may be thinking— it’s not just a case of not putting one reverb,” Hicks shares. “So a track like ‘Wah-Wah’ has reverb printed. There’s not much you can do with it… so we decided it was time to remix.”

“We wanted [the 50th Anniversary Edition] to be as close to the original but just edit [it] because when introducing people to these songs they have to be able to stick competitively in a playlist,” Dhani continues. “We listen to music differently now, and people just listen on the little tiny speaker on their phone or on terrible little earbuds. But vinyl is still so common, and I hope everyone gets a chance to hear this on vinyl.”

Dhani still loves to stream the album off of his phone because the latest edition was produced with close attention to the vocals and overall sound. “I love this record… We’ve really brought out the low frequencies and the clarity. You can really hear stuff that you couldn’t hear before because of the technology, because of the mastering and ultra remastering. But having to choose… It’s taken us five years. We’ve mixed over 110 tracks from different takes.”

“It’s very respectful to the old mix,” Hicks adds. “We weren’t trying to put any of our own stamps on anything … it’s sort of timeless, you know, we just want the mixes to sound good. And we’re not trying to push them [and] make them sound too modern or anything but equally, we felt if we’re gonna do it we might as well do it.”

What you’ll hear from the remix is essentially three different versions of the same album spread out over six CDs and/or eight LP vinyl records. The first category of the album is the latest remix of the original album. Then the Day One and Day Two Demos make up the middle of the record. “We thought historically, that was really interesting for people to basically hear what happened on those first few days when he was playing songs through,” Hicks mentions.

Finally, you have what Dhani and the production team affectionately call the “Party Disc.” This final slice of All Things Must Pass captures the outtakes, jam sessions, and studio chatter that filled the in-between moments of production. “For the people that wanted to hear the stripped-back version, this is exactly what you’ve been waiting for,” Dhani affirms.

As far as his favorites outtakes from the “Party Disc,” Dhani remarks that “Hear Me Lord (Take 5)” is “incredible,” and “Isn’t It A Pity (Take 27)” is another uncovered treasure. “Run Of The Mill (Take 36)” has an Allman Brothers vibe to it for Dhani and is a favorite of Hicks’ as well. “Isn’t It A Pity (Take 14)” also holds a special place in Dhani’s memory of his father. This particular outtake is a quick snippet of George’s sense of humor and good-natured approach to life. “I mean, my dad never took anything too seriously, and he was always one to have a laugh,” Dhani says, inspired by this outtake. “We wanted people to get the feeling they were having a great time when they did this.”

“It’s quite an emotional album, I think, [and] one of the things we wanted to do on the outtakes disc is just show that the guys were having fun as well and that they were having some fun making the album,” Hicks adds. “And then there’s obviously some blues and some jams in there as well, just them having a bit of a muck around in between takes, I guess.”

Despite George’s unique ability to produce ingenious individual works, this edition “is more about how the flow works,” Dhani says. “It’s like how the flow works when you hear day one demos all the way through— side one, side two, side three, side four, because some of these things I guess when you hear them out of context, you might think, ‘Oh, what’s the difference?’ It’s more just like sit down for the day with a vinyl player, and really just let it roll and hear… the refreshed remastered version, the 50th-anniversary version. Then when you dive into the day one and day two demos that’s the real gold. When you hear the little nuances and fragility that you can’t hear, and you’ve never heard before, that, I think, is what makes this so special. It’s very personal.”

The subtle collection of nuances that Dhani and his team brought to life are the result of using Pro Tools to dive into the reels. They were able to fix stereo dropouts, tape mistakes, and various glitches and spats. The 20 years between the 30th and 50th editions also allowed the new technology to pick up on and enhance previously unheard studio conversations. “Pretty much 99.9 percent of anything we’ve done has been just to fix, like restoring a painting,” Dhani says.

“So this is an entirely different experience than what happened when we did the 30th anniversary with my dad,” Dhani explains. “We won’t be doing this again. This record is now done.”

Even though the record was done, Dhani didn’t stop there. With the creative input of his mother, Olivia Harrison, Dhani put together stunning box sets and packages that will house the music. One set in particular, the Uber Deluxe Box Set, stands out as a piece of Harrison history. The Uber set includes all CDs and vinyl discs, an elaborate 96-page scrapbook curated by Olivia, another book with handwritten notes from George, a wooden bookmark made from a felled oak tree in George’s Friar Park, gnome replicas, limited edition artwork, and Rudraksha beads all contained in a wooden crate.

“We’re trying to make a time capsule really. Something to show the passing of time,” Dhani says. “The box was supposed to look like something that has been there for 100 years and would last another 50, like an old Victorian ale chest … It’s like something that he would have had sitting next to his chair, it’s very much something that would be in his house … Because he was very private, all you have to do is check out this box set, and it’s a really good window into where he was at.”

Dhani ensured that everything that went into the box was textured, everything had tactile appeal. With these careful additions, All Things Must Pass evolves into a complete sensory experience that places the famous Harrison into a context larger than his music. “Everyone has contributed to this,” Dhani says. “And they did a real labor of love. It’s a lot more than the sum of its parts, it’s a lot of love.”

Overall, Dhani feels “really, really good” about releasing the entirety of the 50th Anniversary Edition of All Things Must Pass. “We spent five years going back through every single tape of everything and making it sound the best we could so that there would never be a bootleg from any of these sessions that could ever sound better than this,” he says.

“I hope that [this is] a kind of healing record and a nice bit of relief. We did it with so much love for everyone. And we send it out into the world with just maximum reverence and love and hope everyone enjoys it.” 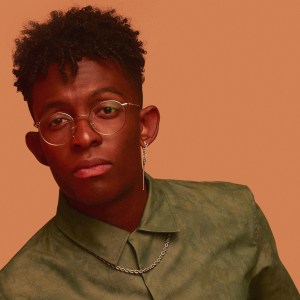 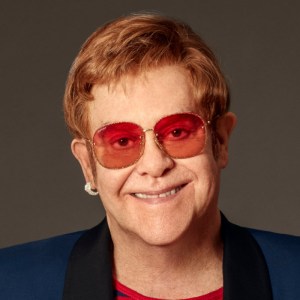