Performing the 1970 hit “Friendship Train,” originally recorded by Gladys Knight & The Pips, the R&B legend was joined on stage by Mickey Guyton and later Breland, during the the CMT Music Awards on June 9, for an uplifting rendition of the song addressing tolerance and inclusion.

“Calling out to everyone across the nation… the world is in a desperate situation,” said Knight before moving into “Friendship Train.”

For Guyton, who was nominated for two CMT awards— Female Video of the Year for “Heaven Down Here” and Breakthrough Video of the Year for “Black Like Me”— and has been outspoken about a more inclusive country music industry for people of all colors, the Pips song resonated. Guyton, who recently released her 2020 EP Bridges, which explores racial injustice and the lies society tells young girls, is set to release a full-length album Remember Her Name later this year.

This has been a country-filled week for Knight, who recently closed the evening ceremony at the Kennedy Center Honors, paying tribute to Garth Brooks with her cover of his 1992 single “We Shall Be Free.”

Watch Knight perform “Friendship Train” with Guyton and Breland below. 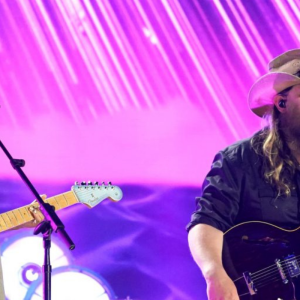 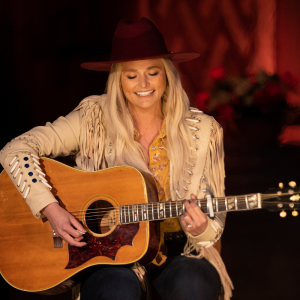