Yola performed a soulful rendition of her song “Dancing Away in Tears” on The Tonight Show Starring Jimmy Fallon on Jan. 4, marking her television debut of the single off her Grammy-nominated album Stand For Myself.

The track, off Stand For Myself, which was produced by Dan Auerbach, and followed her 2019 debut Walk Through Fire, is one song in a collection addressing “black feminine strength through vulnerability and loving connection, from the sexual to the social,” said Yola in a 2021 interview with American Songwriter.

“It’s all celebrating a change in thinking and paradigm shift at their core,” she added. “It is an album not blindly positive and it does not simply plead for everyone to come together. It instead explores ways that we need to stand for ourselves throughout our lives, what limits our connection as humans and declares that real change will come when we challenge our thinking and acknowledge our true complexity.”

Recorded during the fall of 2020, many of the Stand For Myself tracks were also co-written with Auerbach, along with Aaron Lee Tasjan, Joy Oladokun, Hannah Vasanth, Bobby Wood, Ruby Amanfu, John Bettis, Pat McLaughlin, Natalie Hemby, Paul Overstreet, and Liz Rose.

Musically, the genre-bent album reflects the soundtrack of Yola’s earlier years growing up in Bristol, England, from British radio, her mother’s 1970s record collection, and britpop, rock, soul, and R&B.

In October 2021, Yola joined Mickey Guyton for a performance of “Remember Her Name” at the CMT Artists of the Year ceremony.

Check out Yola’s performance on The Tonight Show below. 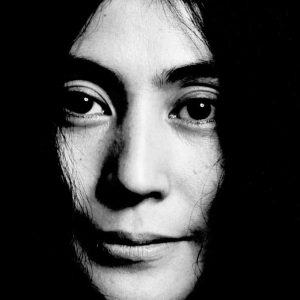