When you are songwriting, traveling, or making music on the go, portability is the name of the game.

I was intrigued when I received the press release on the new Carry-On Folding Piano 49 by Blackstar. Similar products have been aimed at beginners or children and weren’t designed for more experienced players who have higher demands from their instruments. Not the case with this product. After I charged up the rechargeable battery with the included USB cable it was time to test out some sounds. Although the stereo speakers are small, they sound great and there is a 3.5mm headphone jack for silent practice or routing it to an amp or PA system. The Carry-On Folding Piano 49 has 128 built-in sounds, 128 different accompaniments, 6 different metronomes, and 30 demo songs in its memory. It is MIDI capable and can be utilized as a controller or standalone keyboard. The battery holds a charge for 8 hours and a sustain pedal is included.

When folded up the Piano is only 15” long, 5” across, and 2” thick. When you initially fold the keyboard out to its full size there is a locking mechanism in the middle that you press down to keep it secure. Don’t let the size or weight fool you, the keys have a realistic feel when you play them, and you’ll be surprised at the number of usable sounds it contains.

The biggest issue with full-size pianos, organs, and keyboards over the years has been portability. With the Carry-on Folding Piano 49 you can easily put it in a backpack or gig bag with other instruments and real keyboard sounds and chords anywhere you go. The only features I would like to see added to this product would be a ¼” output and a padded gig bag to protect it. At a street price of $99.99, you’ll be surprised at how much fun you’ll have playing this Folding Piano. Both keyboard sections are held together with a magnet, so you won’t worry about them coming apart unexpectantly. A portable folding keyboard with 128 built-in sounds for under 100 dollars packs a lot of music for a little money.

The team at American Songwriter enjoyed demoing this new piece of gear and creating our own tunes. The Blackstar Carry-On Folding Piano 49 is lighter than a Baby Grand or a Hammond B3, which are still great instruments to have in your home or studio but not in a backpack or on an airplane. 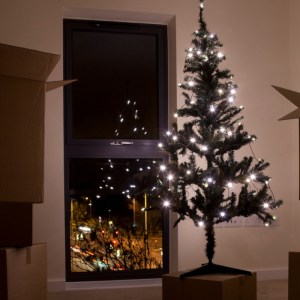