For a songwriter, a hit song can launch a career. Multiple hit songs ensure they won’t have to go back to their day job. The Goo Goo Dolls/Matchbox Twenty co-headlining tour, which stopped at New Jersey’s PNC Bank Arts Center on August 16, was a three-hour sing-along of nearly two dozen hits that have graced the airwaves over the past two decades and sold millions of records. Lead singers John Rzeznik (Goo Goo Dolls) and Rob Thomas (Matchbox Twenty) happily served as cheerleaders for a Friday night party, and both acknowledged the thrill at being able to play their music for a living and providing the soundtrack to the crowd’s good time.

After an opening set by singer/songwriter Kate Earl, the Goo Goo Dolls hit the stage just before 8 pm. With drummer Mike Malinin perched high on a drum riser and surrounded by a stage set of old-time TV screens that flashed images and video shots of the crowd, the band launched into “Last Hot Night” from their new release Magnetic.  Upbeat and energetic but filled with apocalyptic lyrics  (“And if it’s coming to an end, you know I’m gonna feel alive one last time… yeah it’s the last hot night in America”), the song set the mood for an end of the working week blowout. Rzeznik has always been able to tap into the mindset of the working class who struggle at their jobs only to look forward to (in his words) “Better Days.”  Their 70-minute set was bookended with “Broadway,” another lyrically dark but musically upbeat song (“See the young man sitting in the old man’s bar/waiting for his turn to die”).

In between was a solid set of hook-filled memories, with the mixed crowd of millennials and teens swaying and singing along to the huge hits ‘Slide,” “Iris,” “Black Balloon” and more. Bassist and founding member Robby Takac stepped up on vocals for two songs of power pop confection (“January Friend” and “Another Second Time Around). The folky “Come To Me,” from Magnetic is primed to be a wedding song for years to come, with its tender lyrics of everlasting love (“Come to me with secrets bare/I’ll love you more so don’t be scared/When we’re old and near the end/We’ll go home and start again”). Props must also be given the solid musicianship of their versatile backing members, as well as the bands techs who dealt with multiple guitar swaps, given Rzeznik’s penchant for various tunings on each song.

It’s always the goal of a songwriter to have their song heard on the radio. For Rzeznik, that moment came back in 1995.  After 10 years of struggling to break through to the masses, the singer was ready to pack it in. The band then released the single ‘Name’ off their A Boy Named Goo album. As Rzeznik humorously recounted to the cheering crowd, “I was walking in the supermarket at 3 am, pushing my shopping cart and out of the speakers this came out.” (picks the song’s intro on the guitar). “I stopped and looked up and thought two things: First, we’re elevator music. And second, I’m never going to have to go back to work again! Seventeen years later we’re still doing it and you guys have been a big part of it, so thank you.”

The audience reached a fever pitch when Matchbox Twenty hit the stage at 9:30. Why spoil the party?  The band opened with “Parade” from their most recent release North, before kicking into high gear with “Bent” from their second release Mad Season. Rob Thomas’ voice was in strong form throughout the night, whether it was a tender moment (“If You’re Gone”) or a full-out rocker (“Long Day”). The charismatic front man has an easy-going stage demeanor and tirelessly works the stage. He stepped up to the grand piano for the powerful “Bright Lights,” which featured melodic soloing from guitarist Kyle Cook. Acknowledging their love for pop music, the band opened their set of encores with a faithful cover of the INXS hit “Don’t Change”

It may have been a nostalgic night for many of the audience members but both bands proved they still have the mojo when it comes to finding the hook and continually crafting concise pop songs. 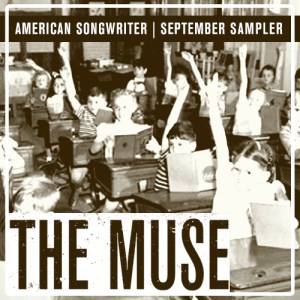 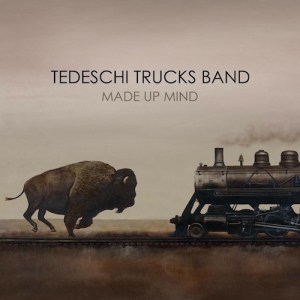