From “Broadway,” to “Slide,” to “Iris,” the love song that defined an era, the Goo Goo Dolls‘ John Rzeznik penned some of the most enrapturing pop-rock songs of the ’90s and early ’00s. On the band’s new album, Boxes, Rzeznik returns with the same lyrical depth but a new, modern sound. We chat with the singer-songwriter about feeling like an outsider, a 2008 documentary on New Kids On The Block and his experiences with co-writing.

I guess the process starts with sitting down and figuring out where my head is – where I’m at in my own life – and then spending a lot of time with the guitar, just going over and over and over things, playing for hundreds of hours. There might be a little piece of an idea in something. I try hard not to judge too much at that stage of the game. Then I get together with a producer or my writing partners and we try to take the ideas to the next level.

I mostly write alone, but I bring those lyrics into the room with the person I’m writing with, and we’ll throw ideas back and forth. It’s kind of a free for all.

Do you generally write about characters, or are you writing about your own life?

It depends. There are all different kinds of ways of doing it, and it depends on what hits me. If something relevant is going on in my life, or something I feel I need to get out of myself, I’ll do that. Sometimes, though, you just make things up.

Gosh, since I was in the eighth grade.

Do you remember the first song you ever wrote? What was it about?

Not really. Not enough to be able to sing it. I’m sure it was some super derivative blues-based thing.

Were you playing in bands at that time or doing your own thing?

Ya, I had a couple of friends; we played together.

There are so many great songwriters. I love Bruce Springsteen, lyrically. I think Vince Martin is a great songwriter. That band, the Killers, they have some really amazing songs.

What do you think is the best and worst thing about cowriting or collaborating with someone else?

The best thing about collaborating is that you don’t have to sit in a room and deal with the isolation. To me, after 20 years of sitting in a room alone writing songs, I just couldn’t take it anymore. I started getting really depressed because I couldn’t deal with sitting around alone anymore. It was fun to start writing with people. Before, I felt like the process was starting to implode on itself, but then I started getting such interesting input from outside people, which really takes the music further. The songs go further when you have others peoples’ opinions. You really leave your ego at the door. That’s the best part. I don’t know if there are any bad parts about it. I guess when I decided to forge some relationships with people, it took time. You have to do some dating, so to speak.

How do you find your cowriters?

Sometimes my publishing company will say, “Do you want to write with so-and-so or so-and-so?” And I say, “Sure, I’ll check it out.” That rarely works. The two guys I write with I’ve been friends with for 10 years. We’ve known each other in the capacity of them being my producer and things like that.

I think Ben Gibbard [of Death Cab for Cutie]. He’s an incredible songwriter. The lyrics he writes are pretty astounding, like… where did that come from?

Yeah, he’s a genius. If you could give any advice to a young songwriter just starting out, navigating the seas of music, what would it be?

I would say don’t worry about becoming a rock star. It’s not important. Being a songwriter is what’s important because it’s something that lasts forever. It’s a tangible piece of work. The world is overburdened with people who are famous and doing nothing. When you’re a songwriter, that’s something that lasts forever. That’s what it’s all about. It’s so funny, I was watching a documentary about – who was it? – New Kids on the Block. They made a documentary about when they got back together, and they’re sitting around a room picking songs that they want to do. And as a songwriter, I just felt so offended by that. Like, okay, a bunch of male models are going to pass judgment on something that someone who really has talent has created and sweated over? You treat the writer as if he’s the help? Nah. That was the most offensive thing I’ve ever seen as a songwriter. It’s like, “I dare you guys to try and create your own material. Someone’s putting the words in your mouth. You know what you are? You’re an actor.” There are people who are incredibly talented who need writers. We all need collaborators. There are people who don’t want to be out in public who want to write, and that’s great. But for some reason that scene in that movie just annoyed the shit out of me.

Which song on your new album are you the most proud of?

I think “The Pin.” I hate describing what I’m trying to say in these songs. I’m not good at it. It’s a song about one of those places that you go to. It’s about someone who’s really really longing to be accepted, and it doesn’t happen, but you keep going back. That seems to be a theme in a lot of my music – where do I belong? Where do I fit? And I think a lot of people feel that way, which is nice that people relate to that. I mean, it’s not nice, but it’s just how I think. I’m always an outsider, so I’m always looking in on everyone living their life, which gives me a good perspective to write about. But then it feels incredibly lonely.

What do you think is the best song ever written and why?

Everyone gives a very different take on it, so it’s interesting to hear.

Tell me some of them.

Well, Ben Gibbard, for example, said “There She Goes” by The La’s.

Great song. It’s beautiful. It’s about heroin, but it can really be about anything you want it to.

There are always those great drug songs. 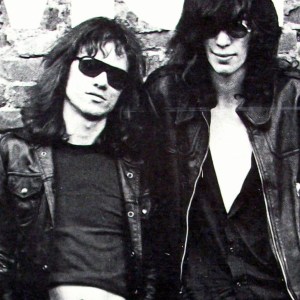 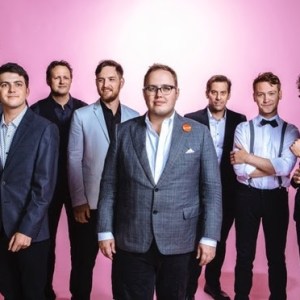