Dawes | Good Luck With Whatever | (Rounder)
4.5 out of five stars

Dawes have always found a way to turn the triumph and tenacity of rock music into an experience that rings with both personality and poignancy. Their 2015 opus, All Your Favorite Bands, effectively conveyed the joy and enthusiasm that every classic combo has always tried to inspire in their devotees. They turn those emotions inward, affirming the emphatic connection that makes a band’s most ardent admirers practically feel like family with shared feelings and stoic sentiments that solidify that bond as intrinsically as ever.

Despite it’s otherwise elusive title, Good Luck With Whatever takes those emphatic intentions several steps further by offering a knowing gaze into the human psyche and the insecurity and uncertainty that often find hope and happenstance sharing space awkwardly but assuredly over the course of a lifetime. The feelings are pervasive throughout, from the earnest expression of the liberating album opener “Free As We Wanna Be” to the unabashed innocence of “Still Feel Like a Kid,” a song that shares the thoughts of every young man unwilling or unable to confront the responsibilities and demands thrust on him by age and maturity. So too, the contemplative repose of “Me Especially,” the emphatic sweep of “Between the Zero and the One,” the seemingly suggestive “Who Do You Think You’re Taking To?” and the poignant yet passionate “St. Augustine At Night” add further depth to this discourse, stirring in the complexities and complications that prevent most situations to ever be easily analyzed.

Hell, there isn’t a single song here that doesn’t creep under the skin and remain lodged there for the duration of the encounter. Every one speaks directly to its listeners and resonates with them as well.

The fact that they’re able to dig so deeply into these uncertain environs and yet still retain their seemingly effortless melodic charms is a credit not only to chief songwriter Taylor Goldsmith, but also to the confluence of confidence and agility that’s been Dawes’ trademark practically from day one. They are, in every sense, a remarkable outfit, one that boasts a populist appeal while never acceding to anything other than finding a common cause. In effect, they redefine the accessibility factor , thanks to that sympathetic stance and easy allure. It’s a combination that one would wish for in any outfit, but seems to elude so many. Dawes deserves the credence they’ve attained, and if they’re not one of your favorite bands, it’s not because they haven’t earned the distinction. Good luck with whoever you think fits the bill better. 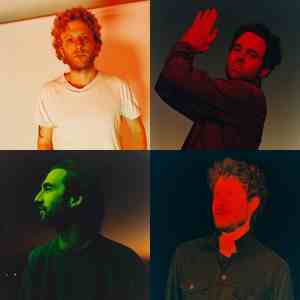