Taylor Goldsmith — the frontman and principal songwriter of Dawes — has been playing in bands since 2002. In those 18 years, he’s released a plethora of critically acclaimed and fan-adored albums, helped make his wife Mandy Moore’s most recent record, co-written songs with Bob Dylan as part of The New Basement Tapes and played with the likes of Jackson Browne, John Fogerty, Robbie Robertson and more. Yet, on the opening track of Dawes’ new album, Good Luck With Whatever, Goldsmith discloses that he still feels like a kid.

“Each song on this album is sort of like a step into adulthood, but there’s also a relinquishing of my co-dependence,” Goldsmith says. “There are parts of not being an adult that I like hanging onto. I remember when a friend of mine’s band was breaking up, he said to me, ‘Do I really want to go on stage and still pretend that I’m 17?’ He said it in this way that kinda implied that that wasn’t cool. But then he said it again, like, ‘Well, I want to be in a band because I want to get up on a stage and pretend that I’m still 17!’ That’s something we can choose to be proud of.

“If you decide to devote your life to playing guitar or being in a band, you almost have to be complacent with that aspect of it. I’m fully aware that I’m trying to hang onto this beautiful part of childhood, and that’s what you’re seeing. There’s a part of me that used to try to combat that by saying ‘no, no, no, no, I’m a serious writer.’ But in reality, we’re entertainers first and foremost, and the more we can embrace that, the better served we are as people who are at peace with what we’re doing with our lives.”

That embrace of all the various passions that come along with being a musician is on full display throughout Good Luck With Whatever. The seventh album in Dawes’ discography, the album drops October 2 via Rounder. Produced by Dave Cobb (Chris Stapleton, Sturgill Simpson, Jason Isbell), the songs were recorded essentially live with very minimal overdubbing, capturing the band’s exciting energy and inimitable chemistry.

“Dave Cobb is very much a ‘first thought, best thought’ kind of producer and he likes to work at a break-neck speed,” Goldsmith says. “It was like hyperdrive. The whole record was recorded over the course of 11 days. Pretty much every vocal take you hear is the one we did with the band. The guitar parts are the parts I played live. Because of that, I feel that the kinetic energy of discovery was really put to tape. If we had done it the traditional way, you would’ve heard us thinking, but instead, you’re hearing us reacting. That’s why the record feels alive in the way it does.”

Since releasing their debut, North Hills, in 2009, Dawes has become an anomaly of sorts, consistently putting out records that are each as imaginative, impassioned and impressive as the last. Yet, Goldsmith thinks that Good Luck With Whatever is a new milestone for the Los Angeles-based band. “I think this record was the first time where we really felt proud of ourselves as artists and that’s fucking hard to do,” he says. “Maybe more so than any of our other records, this record represents a certain amount of joy and fun. That’s not always the case for the singer-songwriter types — in fact, it’s kind of rare. So, for this record to offer that kind of respite, to maybe make someone smile or chuckle or hug, that means a lot to me. Obviously, I’d like to think that the songs go a little deeper and try to reach into certain emotional territories, but I do still feel like the whole thing is surrounded by joy.”

However, as is usually the case with “singer-songwriter types,” that “joy” is not quite as simple as, say, the good-vibes pop songs popping up on Spotify’s summer playlists. No, rather, the joy on Good Luck With Whatever is a deeper, more complex emotion which manifests in the acceptance of the world and its flaws as opposed to attempting to triumph over them. Sometimes that’s exhibited pretty directly, like on the balladesque “Between The Zero And The One” or the boppy “Who Do You Think You’re Talking To?” Other times, it’s done in a more illustrative way, like on “None of My Business,” in which Goldsmith paints several scenes to back up his hypothesis — one being about the archetype of indie celebrity himself, Father John Misty.

“I’m not going to pretend that I know Father John Misty super well — we pass each other and say ‘hey’ and that’s pretty much it,” Goldsmith says. “So, this isn’t really a reflection on him as a person. But, I have gotten a glimpse of the projections that his fans love to put on him. People want to conflate the mythology with the secret as to why someone is great. I guess that’s something that goes for anybody — it goes for Dylan, it goes for Leonard Cohen, it goes for Fiona Apple. In my opinion, the true reason that Father John Misty is great is because he’s great. It’s not because he says funny stuff on stage or because he talks about ayahuasca or anything like that. But, I think everybody — including me — is always looking for that shortcut on how to live life better. We fall in love with these mythologies, like, ‘Oh, maybe if I live on a hilltop for six months without talking to anybody then I’ll be a better writer.’ Maybe that’s true, but maybe it’s not. I’m using Father John Misty as an example because it’s a good example, but it’s really about the tendency of fans to want to reallocate why someone is great or special.”

In a similar vein, Goldsmith tackles this concept directly on one of the album’s standout tracks, “Didn’t Fix Me.” Finding strength in the acceptance of the eternal nature of suffering, Goldsmith comes across almost like a modern, rock-band-backed reincarnation of Marcus Aurelius. “We’re all looking for these convenient, least-amount-of-work-required fixes in order to make more sense to ourselves,” Goldsmith says. “If we outsource our problems, then we don’t have to own them. If making myself feel better was really as easy as finding the right book or whatever, that would be so amazing. I want to believe in that. And the reality is that that stuff does help — it is important to be a part of your community and to open yourself up to new thinking; that stuff can be good. But, it’s so easy to fall victim to thinking that ‘once this happens, I’ll be OK,’ or ‘once I find the girl, I’ll be OK’ or ‘once I win the Grammy, I’ll be OK.’ I remember when I showed this song to my wife for the first time and she was wondering if it might end with the convenient conclusion of ‘and then I got fixed because love is awesome.’ That’s not how the song goes because that’s not how life goes. The reality is that coming to a place where you feel ‘fixed’ isn’t going to happen. Hank Williams died in the back of a car because he was miserable, even though he had every reason not to be.”

While they’ve always specialized in making music with significant emotional meaning, the philosophical nature of Good Luck With Whatever is new territory for Dawes. Whereas their first couple of albums primarily focused on love and relationships, their new material takes a more direct view of life. Goldsmith cites the maturity which comes from age as the source of this.

“I look at it like how someone conducts themselves in a dinner conversation,” he says. “When you’re 21 and someone asks how you’re doing, you can just start unloading, like, ‘Well, there’s this girl …’ That’s OK; it’s OK that you’re concerned with that. But, if you’re 35 and someone’s like, ‘How’re you doing?’ and you go off on that same tangent, it’s a little strange. As songwriters grow up, you hear songs that start with ‘I’ a little less often. Obviously, that’s still part of it because that’s part of the human experience, but it’s not the only part of it anymore, like it may have been in our early 20s. You come to a point where songs are no longer the airing of dirty laundry from your private life. The songs can still be personal, but they capture a corner of the picture that we hadn’t shed light on in the past.”

One striking example of this ideology in action is the fact that Good Luck With Whatever is the first album Dawes has released since Goldsmith’s marriage to Moore in 2018, yet the two’s relationship only pops up in the lyrics once.

“I like the fact that my marriage really only comes up once — in the last verse of ‘Didn’t Fix Me,’” he says. “Hopefully, that kind of framing of it makes it even more potent. I’d like to think that you can make the observation, ‘Well, this guy fucking means business when he talks about how much he loves this person because he’s not throwing it around willy-nilly from song to song.’ I want to make sure that when I do engage with it, I’m approaching it with the respect that it deserves. I want to treat it like it’s the sacred thing it is. That sounds pretty dramatic, but I guess it is pretty fucking dramatic.”

In all, the messages and themes behind Good Luck With Whatever are perhaps the most impactful that Dawes has ever crafted. Goldsmith’s growth as a songwriter and as a person is more evident now than at any other point in the band’s 11-year career. This, ironically, comes with the fact that, despite it all, Goldsmith still feels like a kid.

“I like the idea of starting the album with this ‘I still feel like a kid’ song — which sounds like a party or an invitation — because on the album’s’ final song, ‘Me Especially,’ I make the observation that ‘we’re not as young as we used to be, that goes for me especially,’” Goldsmith says. “It’s like, maybe I’m not as comfortable with this concept as I thought, and I’m still processing that. None of this is black or white; I like being able to give two different sides of the same story.”

Check out our review of the new album, Good Luck With Whatever. 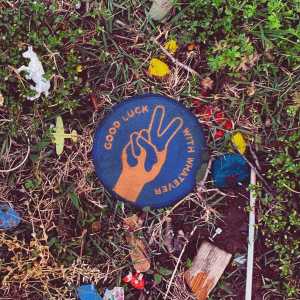 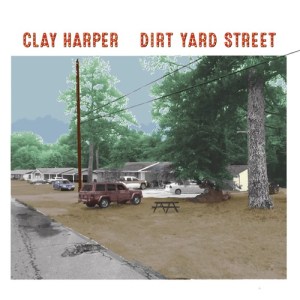