R&B artist PJ Morton’s music has always been influenced by roots in gospel music, but he never felt the time was right to release a solo project composed entirely of gospel songs, until now.

Morton’s latest album, “Gospel According to PJ,” carries more than 20 features from other artists and covers a wide landscape of gospel styles including ballads, spirituals and pop-influenced arrangements.

Morton told American Songwriter it had been a long time dream of his to release a gospel album, but it wasn’t until he found himself writing songs for an increasing number of gospel artists that he realized how deep a desire he had to branch out on his own and put his musical beginnings on display.

For Morton, threads of gospel music are what started his journey as a songwriter, producer and artist. From learning to play keys at 8-years-old to getting his first record cut at 15, Morton credited his jump into the music industry full time to the inspiration, growth, and firmly rooted principles he developed from the gospel music world in his childhood church environment.

“It’s really what gave me my start all around,” Morton explained. “When I think of going back to my roots, that’s literally what I’m doing – going back to the music that shaped me and created my ideas of identity in the beginning.”

But going back to his roots does not necessarily mean he left gospel music influence as a whole, Morton explained. Even during his time as one of the keyboardists for band “Maroon 5,” Morton said he still wrote with other gospel artists and sonically drew inspiration from the spiritual music he’s always loved.

“While I’ve been having this pop career and R&B career, a lot of people say ‘I came back to gospel music,’ but I never really left in the sense that I was writing songs that have become special songs in gospel culture,” Morton said. “For me the album was also showing that I’ve always been here, I didn’t just appear.”

One of the beautiful aspects of the record, according to Morton, was being able to craft a project that included so many of the artists and musicians he’s worked with, respected and built relationships with over the years as he was involved in many avenues of artistry. This included artists such as J. Moss, Mary Mary, Smokie Norful and Yolanda Adams, but also Morton’s father, who played a large role in his personal life development and musical launching points.

“Because I hadn’t done a gospel record before, but still wrote for different people and produced for different people, I’d developed these relationships over these years that are really solid relationships,” Morton said. “So really the defining moment in this album for me was the way everybody showed up for me and was so willing and was so able to hop on this album.”

Morton explained that he views music as a conversation, detailing different life experiences, thoughts and perspectives. In that realm, this latest record was another piece of the conversation that has been going on for years. Morton said he was confident that listeners, friends, and other artists alike knew who he was, and therefore he felt the freedom to release a record that diverged slightly from his usual solo work.

“A lot of times if you start out gospel, or put a gospel record out first it really puts you in a box that is very tough to get out of for a lot of people,” Morton said. “People were looking for me to be a gospel artist, so it took me a long time for them to understand that this is who I am, I also have these gospel roots that I love, but I don’t want you to just think that I’m [a gospel artist]. So it came at a time where I’m like ‘ok, since people know who I am, let me go back to my roots and shine a light on that,’.”

While this uniquely gospel record leans more towards a singular, solo project, Morton emphasized that in the same way his gospel roots never left during his previous pop and R&B career, they will still be influencing his future solo artist career, however different it may look in specific application. 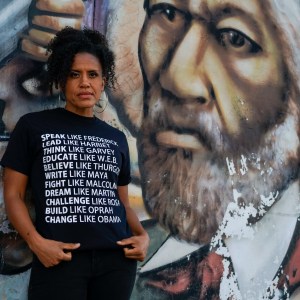 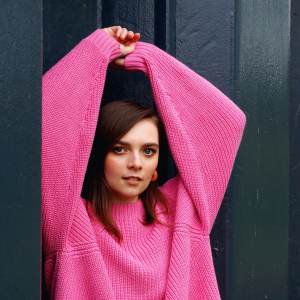