Around a year ago, music industry veteran and former manager for Tyga and Lil Dicky, Anthony Martini, heard about a revolutionary new business: Royalty Exchange.

“I thought it was an amazing business model,” Martini told American Songwriter. “My whole career has always been about empowering artists, whether that was as a manager or as a label-head. I saw Royalty Exchange as a natural evolution of that, especially considering where the industry is going. Our whole mission is to empower working-class musicians.”

As you might be able to tell given the usage of “our,” after Martini heard about Royalty Exchange, it didn’t take too long for him to get involved in it. Now, in 2021, he’s the CEO, spearheading the company’s bold effort to try to get money directly into the hands of the artists who need it most. So, with this grand mission statement in mind, what exactly is Royalty Exchange?

“We are the world’s largest platform that connects artists, songwriters or anyone with a royalty with investors who are looking to invest in the royalty space,” Martini explained. “We have over 27,000 investors on our site who are looking to get into that arena. Our goal is to connect them with artists who are in need of funding to help give them power, financially.”

More specifically, if you own any kind of royalty at all—whether that’s from being a songwriter, a filmmaker, a background vocalist or what have you—you can book a free consultation with Royalty Exchange. You don’t have to be the sole owner of the work, you just have to be the owner of some kind of royalty connected to it. From there, you can determine what percentage of your royalty you want to sell (yes, you’re allowed to keep whatever percentage you’d like) and they’ll help you gauge what price the starting bid should be set at. After that, your listing will go live and investors will start bidding on it.

Now, what’s actually for sale? Future royalty revenue. For the artist, this is fantastic because it means they get the money up front no matter what—this isn’t an advance or a loan that they would have to pay back. Plus, having the option to only sell a portion of royalties allows artists a way to get a meaningful amount of money at once without necessarily handing away all of their potential future income.

“Basically, instead of having that income come dripping to you over the course of 10 or 20 years, we give you a lump sum that you can do whatever you need to do with, whether that’s invest in your career or pay off your house or whatever,” Martini said. “It enables a lot of artists who don’t have access to these huge checks to still get a pretty big check.”

And so far, there have been a few major success stories. In 2017, backup vocalist, Jake Broido, was able to sell his digital performer royalties from when he sang on Wiz Khalifa’s iconic track, “See You Again.” Earning just a tad north of $100,000 on his sale, Broido was able to walk away, cash in hand, and devote the next three years of his life solely to his musical ambitions. Now, Broido writes and produces for artists like Rihanna, Trinidad James, Logan Paul and many more.

“We’ve done over 1,000 deals,” Martini said. “We’ve had our shares of bigger deals with higher profile tracks—songs performed by Tupac, Biggie, Dire Straits and more. But, to me, the most gratifying part is helping smaller artists and songwriters. Like, maybe a smaller act is getting decent numbers, but we’re able to get them a bigger check than they’ve ever seen in their life. Those are actually more rewarding than the main ones.”

Martini and his team at Royalty Exchange hold firm on that front—they want to help smaller artists get a leg up in the profit-focused world of the music industry. While we see more and more news coming out about major catalog deals where an artist (like Bob Dylan or Neil Young) makes millions of dollars by selling off their discography, Royalty Exchanges hopes that the new alternative it offers can begin reshaping the way deals and cash-flows work.

“These huge, multi-million dollar deals are great because they bring attention to the space in general, but we want to exist as someone who is paying attention to the remaining 99% of the industry, the people who aren’t megastars,” Martini explained. “Whether it’s a record deal or publishing deal or any other traditional deal a musician might sign, the terms are typically not so favorable for the creatives. That’s especially the case if you’re younger or not at a point where you’re a superstar act with your own leverage. You’re beholden to some bigger company that could have all sorts of restrictive terms that are favorable on their side. A lot of artists get into these deals knowing that they’re not great—but they do it anyways because they need the money. We offer an alternative where artists don’t have to sign the deals, they can get the money from somewhere else.”

In that regard, Royalty Exchange—especially as it exists under Martini’s direction—is an incredibly fascinating prospect. While the traditional label system that’s dominated the industry for decades is slowly giving way to a new, more independent format, there are still a number of sizable obstacles on the road to success for an artist… obstacles that become far less significant when you have money backing you up. Imagining a world where any artist can make a genuine effort to launch a career on their own terms without interference from boardroom executives is wildly exciting.

So, while it’s still recommended that you get a lawyer to look over all of the details before you dive in (“That’s a smart thing to do in general, not just for our contracts,” Martini added), there’s an immense amount of potential wrapped up in this idea.

“I think a lot of American Songwriter’s readers are exactly the type of songwriter and musician that we cater to,” Martini said. “We believe that any musician should be able to leverage their creative intellectual property to get some financial stability. Oftentimes, it’s the non-superstar artists that need this more. So, if you’re a songwriter and you have a piece of a song—whether it became a hit or not—what we aim to do is connect you with an investor to get a much more accelerated version of what you’re already getting paid. If you have royalties, if you created creative intellectual property that you own, you’re welcome to leverage it or do what you want with it—it’s yours.” 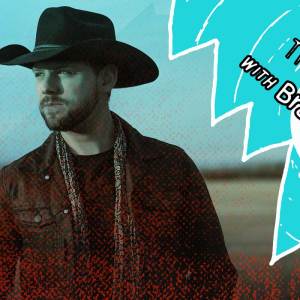 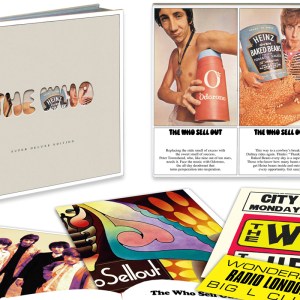