“I like artists. They’re awesome and I need them because they make music. But what I really want is the song – and once I have that, I’m happy if the artist goes away because they’re sort of in my way at that point!” says Grammy-winning producer/engineer/mixer Trina Shoemaker with a laugh. “The minute that the song is entrusted into my stewardship to maximize it and return it to the artist, the artist becomes ancillary to the song. What matters to me is serving the song.”

This sentiment even extends to Shoemaker’s work with her husband, blues rock/Americana artist Grayson Capps. On June 19, he will release South Front Street: A Retrospective 1997-2019, a 16-song career overview album that Shoemaker instigated, and for which she provided her remixing services. During a call from their Alabama home, Shoemaker says, “The fact that I happen to live with this artist doesn’t really matter at all because it’s just songs that I’m working with, and he is the artist of the songs, and so he falls into the same category as the thousands of artists who I’ve had the honor of being involved with.”

Shoemaker was already an influential producer/engineer/mixer when she and Capps began dating, and Capps is amused as he recalls the early days of their relationship. “Right when we met, she was saying, ‘Look, whatever you’re expecting, I’m not ever going to produce your records, so don’t get that in your head.’ I was like, ‘This is fine, I like you for you. I’m not going out with you to get a record.’”

Of course, that’s exactly what Shoemaker has ended up doing for Capps several times during their nearly 20 years together – with this retrospective album as something of a capstone project. It is, she says, “the most important record I will ever make, and have ever made. I won’t ever do anything cooler than this.” (That’s certainly saying something, as Shoemaker has worked with Queens of the Stone Age, Sheryl Crow, The Indigo Girls, and Tanya Tucker, to name just a few.)

Capps also views this as a particularly special release. “I’m always excited to have something out, although this is different than anything else because it’s a retrospective of things that I’ve released before but there’s a few things that have not been released officially, and there’s different mixes,” he says. “But Trina put a lot of energy into putting together a group of songs that tell a story that spans from the beginning of my songwriting to now.”

When she first began assembling the songs that would eventually comprise South Front Street, Shoemaker says she wasn’t intending to share it with the rest of the world. “I made a playlist for myself, just to have a playlist of my favorite songs of Grayson’s,” she says, “but as I began that process, I started to find myself falling into all of our years together and all of these recordings, and what that meant to me personally along the way.”

The tracks Shoemaker selected include songs that Capps did with his first band, Stavin’ Chain (which he formed while at Tulane University), and the solo career he began with his 2005 release, If You Knew My Mind. Shoemaker says revisiting those early songs ended up inspiring her to remix many of the later songs that she has included on this compilation.

“Certain songs in their original mixes weren’t jelling with the aesthetic that had created itself during the process, and I felt that they needed to be changed,” Shoemaker says. “But I also felt that I could correct mistakes that I made 15 years ago and make them better mixes. And so in that way, I really tried to reframe anything that didn’t hit it with the original mix, in a way that helps this body of work have its own singular identity.”

This overall vibe that she was trying to capture, Shoemaker stresses, is “based upon the songs that I had nothing to do with: those were all tracks that were recorded before I met Grayson. So using those beautiful, amazing [early] recordings, I reframed this record to match those. And that’s why I remixed most of the other material.”

Looking back over his career with this retrospective, Capps says he can see how certain themes have emerged in his work. “Hope and love and empathy are themes that I think are always needing to be expressed because of the environment we live in, and have lived in,” he says. “I think artists are responsible to remind people what they already know but they forgot because of the darkness and hostility that exists. I think we always need to be reminded that we are all very similar, and have similar emotions. We’re all scared of death. We all want to be happy and have a wonderful world.”

While South Front Street has made Capps contemplate his past, he says he is also working hard on new material – though he admits that songwriting can sometimes be challenging for him. “I’ve got thousands of songs that I never finished,” he says. “Finishing is the saddest thing sometimes because a song has all the possibilities in the entire world. It can be the greatest song that ever existed, until you capture it. And then it’s limited and it is what it is.”

But with several solo releases under his belt, Capps has proven that he actually is quite prolific, in the end. And, Capps adds, doing this retrospective has actually made him, and Shoemaker, feel even more inspired as they head into their shared future: “This album celebrates who we are individually and together,” Capps says. “I think putting this out will allow us to move on into the future, having documented the past.”

Grayson Capps · MAY WE LOVE 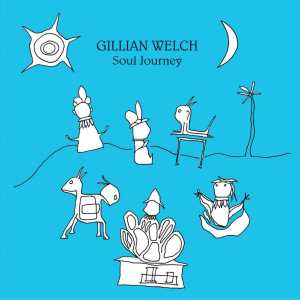 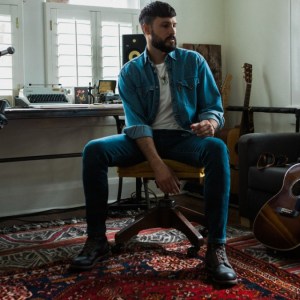