There was never any doubt who the auteur and driving force was behind The Afghan Whigs or The Twilight Singers. After all, Greg Dulli, the singer/frontman for those acts, wrote the vast majority of the songs and commanded center stage in live performances. So it’s somewhat startling to see that Dulli has, after all these years (The Afghan Whigs debut hit in 1988), released an album under his own name.

Perhaps not surprisingly, there isn’t a huge sonic change in direction for Dulli’s solo plunge. What has altered is that he has, as multi-instrumentalist (various keyboards, guitar, drums and even vibraphone), laid down most of the music himself, with overdubs added later from members of the Whigs, Singers and others.

Dulli revels in murky, edgy, often choppy waters as he shifts from a booming baritone to falsetto in songs that won’t be troubling the hit parade anytime soon. You may think by the title that “Marry Me” implies a love song. No such luck as Dulli seems to be mourning a lost partner singing “Once you’re gone they’re gonna bury me/I let you go.”

Elsewhere, “Black Moon,” “It Falls Apart,” and “A Ghost” indicate the bleaker attitude that Dulli has typically taken. And lyrics such as “Like you right here by my side/And millionaires read your scripture on the stairs” from “The Tide” are so oblique and unsettling it’s tough to understand what Dulli is getting at… but it seems disturbing. The closing dirge-like “Slow Pan” is a percussion-free ambient piece with pedal steel and harp that add to the disquieting whispered lyrics of “What felt like fire/became a mirage.” But that’s standard operating procedure for his approach, especially when the opening track, inexplicably titled “Pantomima,” kicks off with the words “Desolation/Come and get it.”

Existing fans will take this in stride since it’s cut from a dense cloth that Dulli has been stitching for the majority of his nearly 30 year career.  They will find plenty here to pore over and try to untangle. Newcomers may scratch their collective heads yet still appreciate Dulli’s unconventional, minor key songwriting, distinctive vocals and playing that, even with guests on every track, comes primarily from his mind and hands.

“I got things to do before I fade away,” he sings on “The Tide,” which explains why Greg Dulli finally took complete responsibility for this dark, always challenging project. 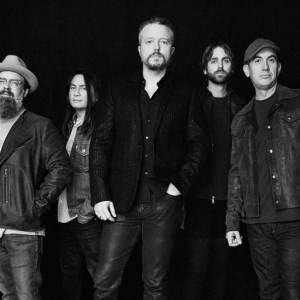 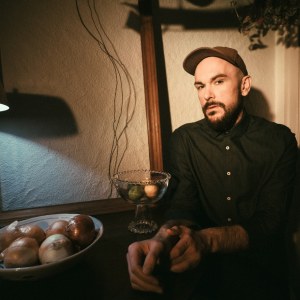