On June 7 the singer-songwriter Dylan LeBlanc will release his new album Renegade on ATO Records. The Shreveport, Louisiana native’s previous three albums, all of which were critically lauded, titled toward noirish country and instrospective folk. For Renegade, LeBlanc decided to change things up and go for a more rock-and-roll vibe. Below, the 29-year-old artist contributes a guest essay which details how the new album took shape with the help of producer Dave Cobb.

It was a much a different process writing and recording for this record. Normally it flows freely and it doesn’t take much work but I found myself really having to focus and try to find inspiration from somewhere.

I was living in South Louisiana in the country, in St. Martinville Parish outside of Lafayette. I spent a good amount of time in New Orleans. You meet so many different people there from all different backgrounds and origins. People whose ancestry dates back hundreds of years to the first early European settlers mixed with Caribbean and Native American tribes. Such a beautiful place. I moved to back to Nashville recently and it all seems like a crazy dream. To be in such a place, I found it strange … I was struggling so hard. And then I realized I was happy. So I decided to tell other people’s stories. I met so many people. Though they had seen such hardships, they still manage to greet you with a smile on their faces. Dance, drink, and have a good time.

For the last three years I’ve played with a band called The Pollies, who graciously decided to back me up when the players I was with decided to go their separate ways. I called my friend Jay Burgess in need and asked him one simple question: Will you play with me? We had played together for several years but it had been years earlier. The sound just naturally got bigger as soon as we plugged in our guitars. They were dirtier and with much more of an edge. Jay and I looked at each other and smiled. From that moment, I knew I wanted to make a more rock-and-roll album, geared toward melody and drive. So I wrote the very first song for this album, “Renegade.” From there it took off rather naturally and before you know it we had about 20 songs.

We somehow got on the radar of Dave Cobb. I think my manager and Coran Capshaw reached out to Dave and asked if he would listen to my demos. He said he would and the next thing you know we were in his studio having a meeting. We got him to agree to make the record with us, and six months later we were tracking with him at RCA Studio A.

It was a truly fascinating experience, not only because we were in such a legendary studio but because of how quickly and focused everyone was and how well Dave Cobb drove the whole process. I knew right away that Dave was a realist and a minimalist. He just wanted to capture our sound as we did it going down. And to make sure every piece of the songs were as compelling as they needed to be. Dave picked up an acoustic and tracked almost every song with us out on the floor. And he would tell us when we had the take, which was usually no more than two or three times of us running through the song. We had ten days booked but we were finished in six and kind of just hung out the last of our days and started mixing.

Then Renegade was mastered by November of last year. It was amazing and a lot of fun. I hope everyone enjoys this album. 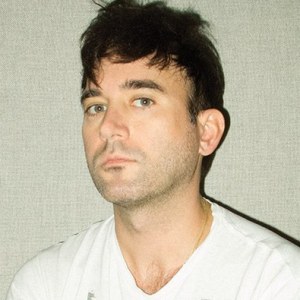 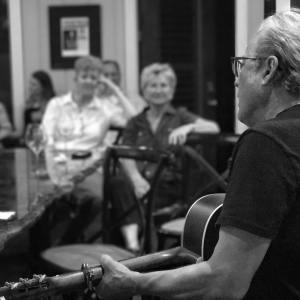