When Radney Foster and Suzy Bogguss were busy riding the upper reaches of the country charts in the 1990s, they couldn’t have fathomed that two decades later, record sales, radio airplay and touring wouldn’t provide enough income to pay the bills and put their kids through college.

But as file-sharing, satellite radio and streaming services helped turn the music business inside out, even artists who once sold out arenas have been forced to seek alternative revenue streams — good ol’ side hustles — to keep their families fed.

“Everyone I talk to who is a singer-songwriter, from people in a band with five in the van to people who are just going out with their guitar, have all talked about, in the last two or three years, the precipitous drop in CDs as merchandise sales,” Foster notes. “Diminishing royalties have hit all the way up and down the food chain for everyone.”

Foster should know. He spent his share of time toward the top of that chain, racking up a string of top 10 hits as half of ’80s duo Foster & Lloyd, then as a solo act, not to mention as co-author of two top-10 Keith Urban hits and a handful for other artists.

Of course, Foster still sells signable CDs, along with download cards, T-shirts and koozies; just about every artist now peddles an array of goods ranging from hats, totebags and posters to socks, shot glasses and even a “hotsauce keychain” (a tube of powdered chiles from the Accidentals). Shovels & Rope’s Cary Ann Hearst has been known to joke that her real job isn’t playing music, it’s selling T-shirts.

“Every show that you do, you’re also running a pop-up store,” says Robyn Hitchcock. “That wasn’t the case 30 years ago when I was an alternative pin-up, touring with a band. Now you have to be your own huckster after the show.  ‘Step up, ladies and gentlemen, and sample my homemade butterscotch and individually braided toadskin headbands — and yes, I will totally sign your 10,000 Maniacs poster.’

“The only places you can guarantee to sell records — and your other merchandise,” he adds, “is at shows and online.”

But these days, merch alone won’t cover royalty and music sales deficits. So artists are tapping other talents in an effort to fill the void.

“If he’s going on a three-night run, he always flies into a city the day before, and he’ll find something interesting to paint or to draw,” Foster says. “He sells them at gigs, and says they sell out every night.”

Austin’s Yard Dog Gallery sells prints of Smith’s sketches for $300 each. His images also appear in his new book, The Habit Of Noticing: Using Creativity To Make A Life (And A Living). “A manifesto on the art and value of creativity,” its stories, anecdotes, reflections and illustrations are intended to provide insights into the artistic mind and what nurtures it.

The Songwriting With: Soldiers co-founder offers more clues on his website; a menu tab labeled “my work” conveys the breadth of what Smith refuses to label as side hustles.

“It’s all one hustle,” he explains via email. “I think making that separation reduces the value of the effort. I put the same amount of attention into every act. There’s no difference in doing a show in a club, a private event, writing a song, leading a workshop, writing a book, drawing a sketch, giving a keynote. It’s all the same thing. My goal is to wrap my arms around all of it.”

Foster began wrapping his arms around all of it, so to speak, about 10 years ago, when he and his wife were cleaning up after another dinner party-turned-song pull. An amateur chef and wine connoisseur, Foster loves preparing meals for friends. That night, his wife told him, “You need to do this for fans.”

The next morning, when they were sober, she explained how he could package gourmet dinners with house concerts. “She said, ‘High rollers will pay for it,’” he recalls. “And she was right.”

He usually arrives the day before to shop; for a party of eight, he might spend $2,000 — half of it on wine.

These days, his after-dinner performance would likely include songs and readings from For You To See The Stars, his 2017 album and book pairing. The songs serve as companions for the short stories that represent his first foray into fiction.

Plenty of musicians have released memoirs, poetry or illustrated lyric collections, but when Foster started his book in 2015, it wasn’t another side hustle. Pneumonia had stolen his voice, and he panicked. He remembers thinking, “What if I can’t sing anymore? How am I going to make a living?”

On vocal rest for six weeks, he tried writing “to keep from going crazy.” Requiring another six weeks of physical therapy before he could sing again, he then had to await bookings; the illness cost him four months of work. Meanwhile, three literary agents told him to write a novel because short stories wouldn’t sell; he believed they would, especially combined with music, and found a publisher who agreed.

“In the last year, I sold more books than I did music, T-shirts, koozies, download cards, posters, you name it, whatever tchotchkes we got — I sold more books than all other merchandise combined,” he reports happily. “And now we’re selling audiobooks, and those are going out the door like crazy, and it’s on [Amazon platform] Audible as well. I guess my additional creativity turned into a side hustle.”

Foster’s already at work on his next musical/literary adventure, a full-length historic novel and song cycle.

When Suzy Bogguss did her American Folk Songbook project, her intent was to bring to life for new generations the songs she grew up singing in school. “They were an important part of who I became,” she says. “I decided that it was important that we continue to carry some of these songs on … I just felt a responsibility to do it.”

When she took the project to Cracker Barrel, she mentioned the impact her fifth-grade songbook had on her, which prompted Cracker Barrel reps to suggest she do a book as well. So she did. Each of its 17 classics, from “Froggy Went A-Courtin’” to “Erie Canal,” “Red River Valley” and “Beautiful Dreamer,” includes notation and tabs, with stories about the songs and her own reminiscences. Bogguss bankrolled publication, and wound up having to lean on the company to fulfill the deal, but it worked out.

“They ended up buying a lot of books and a lot of CDs,” she says. After 10 years of paying private-school tuition for her son, that cash eased the burden considerably, and will contribute to his college education as well.

“That was a real good example of sometimes you just hit a lick,” Bogguss says.The book also generated speaking engagements and gigs in which local school children joined her onstage to sing. And this summer, she’ll teach camp workshops at the Swannanoa Gathering Traditional Song Week, July 7-13 at Warren Wilson College, near Asheville, North Carolina.

Like Smith and Bogguss, Foster has done mentoring sessions, and before he got sick, had organized and led a very labor-intensive two-day songwriting seminar. He also gave fans the opportunity to sit in on the recording of Del Rio, Texas Revisited: Unplugged And Lonesome, the remake of his hit-generating 1992 debut. Organized and marketed by producer/engineer Steve Fishell, it attracted fans paying $800 to $1,200 each for the privilege, plus lodging. Those fees financed the sessions at Austin’s Cedar Creek Recording, as well as players including the Dixie Chicks’ Martie Maguire.

Fishell now offers a streamlined version of that experience at Sound Stage Studios on Nashville’s Music Row. His 80- to 90-minute Imagine Recordings sessions provide opportunities for people to witness the recording process while giving artists a free session in a world-class studio. Attendees pay $85 each, which funds a full day of studio time in a space used by many of Nashville’s biggest legends.

“We’re able to open the doors to younger artists who are not necessarily national names yet, but they certainly deserve that attention,” Fishell says. “It’s a game-changer for a lot of young artists, because they just can’t afford it.”

Attendees might be corporate executives seeking a team-building experience; conventioneers sent by a hotel concierge; or curious music fans who want to learn more about the business.

The artists keep their masters, the groups record a quick song as a session souvenir and everybody leaves happy, Fishell says.

Bogguss, who has a degree in art and metalsmithing, is kicking around the idea of creating a jewelry line; she had one before her son was born, as well as a line of leather coats sold by Nordstrom. She and fellow foodie Kathy Mattea have also been discussing ideas for potential projects.

“We all are kind of cottage industries, when you think about it,” says Bogguss. “As like-minded professionals, we can really elevate our visibility and everything else by helping each other come up with new ideas, and making those ideas trends.”

Adds Foster, “It’s amazing to me how many musicians have other creative talents and don’t even realize what they’re capable of.”

Advises Smith, “There’s many ways to get paid. Cast a wide net.”

But he also cautions, “Don’t do it if it doesn’t excite you on some level. Follow your interests, and then look for ways to get paid.” 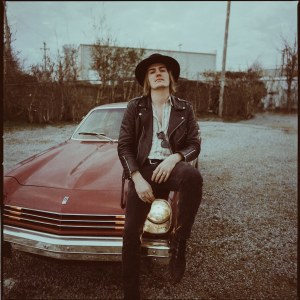 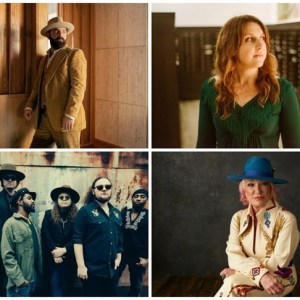