Doggerel is a poetic verse written in irregular rhyme, often to comedic effect. It’s funny, but not necessarily in the laugh-out-loud sense. Its oddities and peculiarities create humor.

The Pixies’ new album, Doggerel, is funny in the same way—unusual in its duality. The record is ominous, haunting, and gruesome, heavy with treacherous sounds that indulge in an equal softness. The drums punch and the bass slinks along in a mucky mire of a beat, but those harsh sounds are met with a cosmic velvet, a cushy patchwork of breath and light. The album is Medieval in the Space Age. It’s a somber march to the executioner’s block and a celestial trek among the Pleiades. Doggerel’s lyrics are whimsical but insightful in the Pixies’ irreverent songwriting fashion. Charming and yet still sagely.

It’s no different from what they’ve always done as a band, explains Pixies guitarist Joey Santiago.
That duality of words and sounds and inventive genre-burring can be traced back to the band’s first full-length album, Surfer Rosa, in 1988. You see it a lot on their internationally-acclaimed sophomore release, Doolittle, as well, Santiago shares with American Songwriter. “You’ve got ‘Here Comes Your Man’ on there to ‘Gouge Away’ that’s kind of goth-y to ‘Tame,’ which is straight ahead punky,” the guitarist says, explaining their sound is never formulated. “It’s just what naturally comes to us. We don’t necessarily have a genre or a theme in mind when we’re making a record. It’s by accident. It always is.”

It’s easy to compare the band to their younger selves and the culture drivers they were in the late ’80s and early ’90s and to look at their old albums in comparison to a new release, but this record celebrates an evolution without overshadowing the past.

While the album is still quintessentially Pixies, the band has come into their own as a wiser, more mature version of themselves. “I call this album Doolittle Senior,” Santiago says of Doggerel. “This is the grown-up version of Doolittle.”

“The way the songs are structured, it’s pretty pro,” the guitarist explains. “Almost all the songs clocked in at around three minutes which is a perfect pop song and it wasn’t done on purpose at all. We were just shocked that it was. We nailed it.”

That kind of growth comes with a 36-year-career like theirs. For Santiago, the band’s experience added a comfort to the creation. “This is probably the most relaxed I’ve been recording any album, so that’s a very different feeling for me,” he explains.

“The way I played was almost by feel,” he says, adding it was more like him to take a head-first, formulaic approach to assessing and arranging notes. “I just put that away,” he recalls, finding his footing by feeling.

The 12-track Doggerel features Santiago’s first songwriting credits on a Pixies album with the darkly-tinged, gorgeously galloping “Dregs of Wine,” and the swaying surf-folk Donovan-esque “Pagan Man.” Having been with the band since the beginning, he explains why he is just now starting to offer up his writing chops.

“I was always careful to always have one person on the steering wheel, but I think after so many years I get the sense of the Pixies’ structure,” he says. With this album the timing was right and everything just fell into place. “You know what, I should join in the party now,” he thought to himself when it came to him taking a stab at songwriting. “I just became more comfortable really sharing whatever have,” he explained. “I just started writing stuff not knowing where it was going to go.”

The addition of his songwriting elevated the album, helping it become—like the band—what it was always meant to be: doggerel. The perfect peculiar mix of dueling forces—anciently futuristic, soothingly haunting, darkly bright, youthfully wise poetry.

“I am so proud of it,” Santiago adds. “I just want people to enjoy it.”

Doggerel is set to be released Friday, September 30. 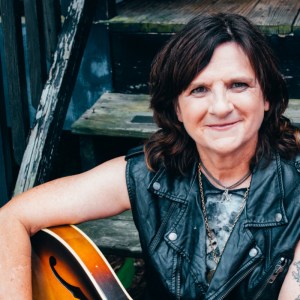