Hailey Whitters cashes in the last of her creative currency – at least for the moment. “I came to the point where I was like, ‘I’m gonna make this record as if it’s the last record I get to make, before I hang it up,’” she voiced in an interview this week. Such an admission is not one of resignation but rather of remarkable determination. The hill to stardom is a steep one — even steeper for women. Where men are tasked with pushing one boulder, women get 10.

Whitters’ new record, The Dream, her first since 2015’s Black Sheep, shuffles through the wreckage of her life – mostly cobbled together mosaics of a broken industry and personal heartbreak. “The dream is a paycheck at the end of the week,” she measures out her art’s worth with closer “Livin’ the Dream” (a Lori McKenna co-write). The power she uncovers with three chords and the truth, unraveling as a cat batting a ball of yarn, accentuates the strength she’s gained over five very long years.

She even started waitressing again, returning to Ri’chard’s, a Cajun food hotspot in Whites Creek – one of the first venues she played 12 years ago upon arriving in Nashville. “I didn’t come this far / To only go this far,” she wears her heart, and the brutal truth, on her sleeve. Released a year ago next week, and co-written with Brandy Clark, “10 Year Town” cracks open the record and reminds the listener exactly how tough a working musician’s life really is. “Paying dues don’t pay the bills / Dreams come true / And I think mine will / Lesser fools would have given up / They don’t go for broke like a dreamer does.”

Even so, she thanks her lucky stars for every minute and digs her feet further into the cold, hard ground. “Another candle on a cake / Another month on a page / You blink, another year under the sun we all go ’round,” she waxes wistful with each moment. “The Days” (written with Hillary Lindsey and Ben West), along with other cuts like “Dream, Girl” (written with Dustin Christensen) and “Heartland” (written with Nicolle Galyon and Forrest Whitehead), pours out self-loving virtues, pound for pound.

The Dream marries last fall’s The Days EP with a handful of new cuts, including a swampy retelling of Chris Stapleton’s “The Devil Always Made Me Think Twice” and “Happy People,” a co-write with McKenna (Little Big Town cut it for their 2017 release, The Breaker). Album lead-in “Janice at the Hotel Bar” (also written with McKenna) primes with generational advice, depicting an 80-year-old grandmother offering wisdom as hand-me-downs to her granddaughter about what it means to be a woman in a world that really hasn’t changed all that much.

“And stay off the pills / But get on the pill if you ain’t ready to start a family / And pay all your bills / But give some away, all that money won’t make you happy,” she offers. “Make good love, good company / Drink good wine, make good coffee / Keep your chin up, but every once in a while / Have a good cry.”

The crux, perhaps the entire record, comes with the hook’s final line: “Well, go on and make a good living, girl, don’t forget / To make a good life.“

Whitters has done just that. The Dream — punctuated with spellbinding vulnerability (the Lindsey and Waylon Payne co-write “The Faker” shatters the heart) — represents a strong, independent woman who has never cow-towed to a male-dominated industry nor let her dreams go to waste. She showcases every shade of her truth across 12 songs, self-financed and co-produced with Jake Gear, and the previously-released tracks come into clearer, more pointed focus as a body of work here.

“Be happy where you are in the present moment — because your dreams have to be worth it,” she later said in the same interview. Well, Hailey Whitters’ blood, sweat, and tears have paid off — The Dream is worth it. She has more than earned this moment. 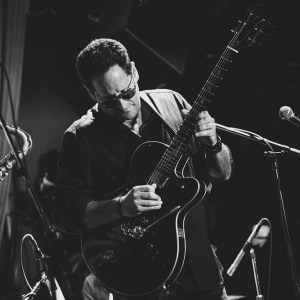 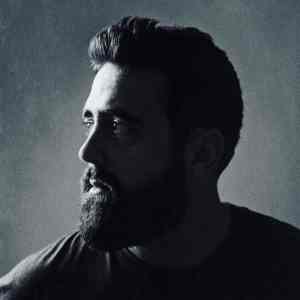