Popular tastes in music tend to alternate every few years. When times are good and prosperous, a lot of musicians try to run against that current by putting out music with a keen sense of irony, writing songs veiled in abstraction, and essentially finding any way possible to challenge conventions, norms, and the status quo. But in times of widespread turmoil, with tensions high and anxiety and stress levels en masse propelling upward into the stratosphere, audiences respond to different things in their art. When life gets people down, they look to art for a pick-me-up. When life is good, people look to art to challenge them.

Right now, it feels like a lot of people are stressed out. And that’s why Gideon King & City Blog are right on time with “Just Remember,” the first single off their upcoming EP, which will be released this summer.

King has been working on his reputation in the music world in the New York music scene for years, and has worked with legends like John Scofield and members of Steely Dan. When they released their first record in 2015 it was met with widespread acclaim, and in 2018 Gideon King & City Blog released their second full-length album, which featured a diverse roster of collaborators including John Scofield, Marc Broussard, Grace Weber, and many more.

The latest track “Just Remember” is a breath of fresh air because its earnest, heartfelt, and is a pure expression of familial love.

In essence, it’s a song that’s difficult to listen to without thinking about good times spent with family and all the love that comes with those bonds. Parents will think about their children going off into the world, but with the sadness of an empty nest overshadowed by the joy of knowing their kids are off making their own way in life (Who’s that new girlfriend/ Is she good to you?/ Does she have a job?/ Does she stay in school?/ Ooh, you do your thing now/ While we watch in fear/ Well you might be there/ But we’re always here). And a lot of folks will think about their parents, and maybe yearn for time when the family was together where there was a sense of safety and security that fades away as you grow and realize more about the world outside your childhood home (What’s all this talk about the future?/ What of these tears about the past?/ Hey, that’s you sitting in the living room/ Spinning crazy tales that make us laugh).

The vibe of the music is light and soothing. The musicianship on display by the whole band is outstanding. The song plays like silk and just makes you feel good. And Gideon King’s intent was to create a song that reminds us of the lasting bonds that are most important in life, which is much needed in such divisive times where so many seem to lose sight of what matters most.

“‘Just Remember’ is special to me for a number of reasons,” he said. “It speaks to the nature of lasting relationships in shifting contexts. It speaks to the importance of remembering who is actually important in your life. Also, I always feel really good about tunes that resonate with the band. The truth is we write music for fans but also to please other musicians, so when I saw that the music resonated with my band members the energy level elevated. ‘Just Remember’ features Caleb Hawley on lead vocals and the whole GKCB crew on background vocals and instrumentation. Hope you dig it.” 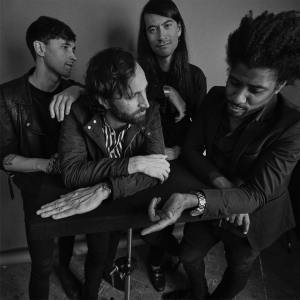 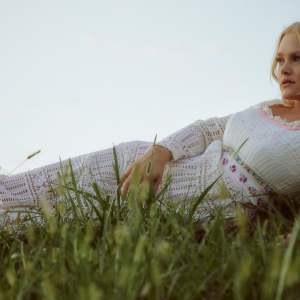