Take one listen to Harrison Storm’s new single, “Be Slow,” and it wouldn’t be odd for anyone unfamiliar with the singer-songwriter to believe him to be from, or have lived in, Southern California. But with this new release, perhaps his seaside hometown of Mornington in Melbourne, Australia will start to be the place people associate with crisp melodies that talk of taking it easy.

Premiering today on American Songwriter, the laid back track is ripe with carefree energy. A relaxed tempo, soft dynamics, and the delicate layering of Storm’s gently comforting voice with high register harmonies set the emotional tone. Then the finishing expanse of some targeted reverb makes the end of Storm’s words dissipate like an early morning mist, giving the song a feeling of continuous flow. Its elements work together to establish a cohesive ‘stop and smell the roses’ kind of mindset. Even the remote location and physical setting of where “Be Slow” was recorded, lend themselves to the intention of more deliberate mindfulness.

“‘Be Slow’ was written and recorded in a cosy studio barn in the English countryside with [UK singer-songwriter] Nick Atkinson and [producer] Edd Holloway. For me, it’s a song written about when you’ve suddenly taken a step back out of your day or your week and you really notice that you’re caught up in your own world. The pace of things seem to be rushing a little too fast for your liking, so you stop to re-assess,” says Storm.

Lyrically, “Be Slow” doesn’t try to rock the creative boat too aggressively but that makes sense when the chorus is urging mental re-calibration and meditative calm – neither of which would sink in as well if Storm opted for writing dense verses or applying complex vocabulary. The choice to emphasize unwinding primarily through production was the smart decision. Furthermore, the clear cut mood of the song and flexible lyrics make “Be Slow” a strong candidate for sync placement behind the right visual sequence.

Lose yourself in the feeling

Take it back to that moment

before you start to feel broken

Seeing as Harrison Storm hails all the way from Australia and is already in the middle of a geographically diverse tour across North America, “Be Slow” seems like the perfect mantra for Storm himself to take to heart throughout his current and upcoming travels. How else he might be inspired along the way is yet to be seen.

“I’m really looking forward to touring the U.S. a lot this year. Firstly, supporting Hollow Coves in February and then my own tour in May. There are a lot of cities on the schedule that I haven’t been to and it’s going to be really special to meet new people and see new things. Nothing really beats those new experiences and I’m happy to be going into it with some new music and a fresh perspective on things.” 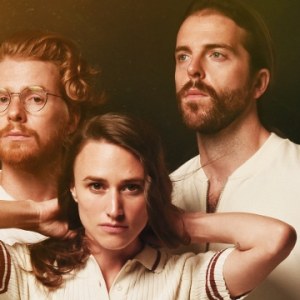 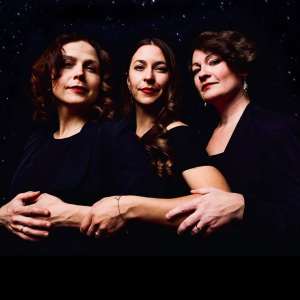