“First impressions are always unreliable,” wrote German novelist and write Franz Kafka. The Bay Area’s Harry the Nightgown is hoping to counteract that claim with their new single and video, the jaunty “Ping Pong”.

“We were nervous picking a first single, because it’s our introduction to the world as Harry the Nightgown,” says Sami Perez, about their warpy, psychedelic debut. “The song started with a repetitive guitar riff I noodled one day and couldn’t get out of my head.” Counting on this infectious riff to attract a new fanbase, Perez hopes that this first impression will be reliable in attracting an audience.

Upholding the experimental, avant rock torch that bands like Fiery Furnaces and Deerhoof carried throughout the last two decades, Harry the Nightgown’s core musical idioms of garage and pop present a melodic version of No Wave for the post-millennial set… like if tUnE-yArDs covered Blonde Redhead’s Fake Can Be Just as Good. Odd and weird… but oh so yes.

A challenging tune, “Ping Pong” isn’t a straightforward pop song.  Instead, it exists as two separate melodies layered on top of each other, forcing you to cock your head sideways in an effort to hear it better or figure out which one thread to follow.  “We decided to break the riff up and record it on two different tracks to have them hard-panned left and right, hence the title ‘Ping Pong’,” she adds laughingly.

The accompanying quaint and oddball video feels rather charmingly low-rent with a surrealistic Bjorkian storyline shot on a Robot Chicken production budget. The narrative can be described as an anthropomorphic lampshade escaping its household by bike (or at least that’s one interpretation of it). It’s weird and curious, yet strangely poignant.

This counter-cohesive nature of the song and video makes sense when you consider that Perez and Hartling’s creative current artistic collaboration arose from a former romantic past.  Rewinding a tad, Perez started her musical career at 12 (seventh grade) when she started her well-received and respected band The She’s. With an album in her back pocket and a musical direction to follow, she took a job at John Vanderslice’s analog-only Tiny Telephone Studios in San Francisco and began marinating in the same fertile sauce that nursed The Mountain Goats, Sleater-Kinney, and Deathcab For Cutie. Immersing herself in abstract and angular guitar textures, she sharpened her skills and started to open up creatively. Sharing a bill at a dive bar in Ventura, CA in 2014, she and Hartling struck up a kinship and a romantic attraction that would source out their creative output through a necessary and creativity-spawning split. This tumultuous energy would result in their debut self-titled album due out in August 2020.

“Spencer and I booked studio time right after our break up, so I think these lyrics he wrote are about that,” Perez recalls.  “It was fun to be able to be open about our feelings during the break up as we navigated how to become best friends and creative partners.”

“Yup,” Hartling affirms. “The lyrics were definitely a rough sketch of how I wanted to feel coming out of a relationship and maintaining a friendship/ creative partnership.”

“We’re so excited to share ‘Ping Pong’ because it is a pretty raw exhibition of what we are,” she explains. “It took us some time, but the song eventually grew into a representation of our ability to collaborate, which, as ex-partners committing to a merged creative outlet, is a painful yet fruitful process.”

“The album we will release in August has a lot of moods – the mood of [‘Ping Pong’] is probably my favorite,” Perez concludes. “I hope that people feel the mood. Also it’s our first release of anything ever – it’s our first impression, which is always scary.”

Hartling laughs, “I hope that someone can cook breakfast to this, while lightly tapping their foot.” 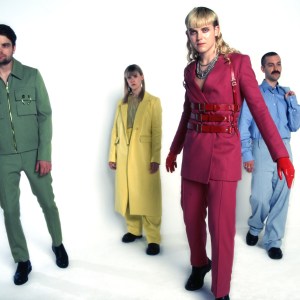 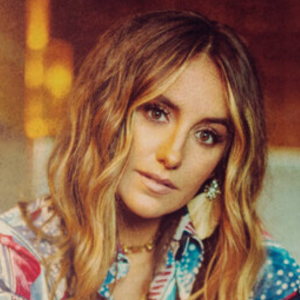