Hayes Carll
What It Is
(Dualtone)
Rating: 3.5 out of 5 stars

Ever since his 2008 breakthrough Trouble In Mind, Texas singer-songwriter Hayes Carll has remained a most reliable country-folk storyteller. With his lazy-drawl delivery and never-flashy, plainspoken lyricism, Carll’s tremendous talent is understated, but from 2002’s “Barroom Lament” to 2008’s “Beaumont” to 2011’s “Chances Are,” the songwriter has amassed an immeasurably sturdy songbook.

Three years after the self-probing drama of 2016’s Lovers And Leavers, Carll is back with What It Is, his sixth studio album that finds the 43 year old settling into his role as middle-aged master craftsman and truthteller.

Songs like “Times Like These,” “American Dream” and “Fragile Men” form the thematic core of Carll’s latest. The latter song is a barbed commentary on masculinity, and the former a rockabilly reflection on a nation plagued by dismay and oppression. But it’s “American Dream” that shines most brightly, a bittersweet tale of journey-taking that still manages to find a shred of naive hope and beauty in national myth-making.

Elsewhere, Carll finally shared his version of “Jesus and Elvis,” the instant-classic barroom tribute co-written with his partner Allison Moorer and recorded by Kenny Chesney in 2016. The vast majority of What It Is is well-worn sonic territory for Carll, ranging between roadhouse country, sensitive folk and roots-rock. Between the humorous relationship love-hate strife of “None’ya” and the devoted plea of “I Will Stay,” Carll bookends his otherwise character-based latest offerings with personal offerings that stand among some of the more emotionally affective originals he’s written.

For anyone expecting a stark left-turn from the songwriter, What It Is will be a let-down. But the record’s greatest strength is also what makes it predictable: as Carll settles into the warm consistency and careful craft of middle-career, he’s less interested in proving who he is than in refining what he does best. 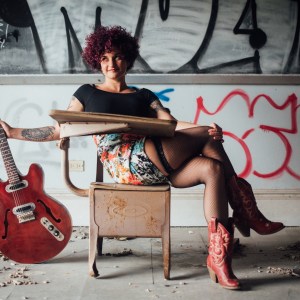 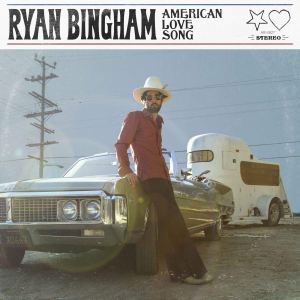