Saxophonist Vanessa Collier is best-known for her work primarily on alto, but she also plays soprano, tenor and baritone saxophones, and is a Blues Music Award winner for the past two years for her horn playing. But where so many musicians focus strictly on their primary instrument, Collier takes the reins on her albums as lead singer, songwriter, producer, arranger, and even the player of an unexpected instrument: A resonator guitar with a brass body.

With dual degrees in Saxophone Performance and Music Production & Engineering from Boston’s Berklee College of Music, Collier spent a couple years touring the world in the band of Blues Hall of Fame legend Joe Louis Walker, and has backed up Willie Nelson and Annie Lennox onstage. Her latest album, Heart on the Line, features eight originals, as well as covers of James Brown’s “Super Bad,” Etta James’/Joe Cocker’s “You Can Leave Your Hat On,” and Bonnie Raitt’s “I Don’t Want Anything to Change.” Collier explained how and why she’s so multi-faceted in a phone conversation with American Songwriter from her home on the East Coast.

“I was actually born in Texas, so the first thing I heard was country music, storytelling music,” she said. “I was a huge LeAnn Rimes fan, I loved that stuff. Then I took songwriting and lyric writing when I was in college, studied a whole bunch of different styles, and I loved the singer/songwriter stuff but I also loved putting that in a band setting as well. My more modern influences of songwriting would be the Wood Brothers. And I like a lot of Nashville writers. Berklee does this Nashville trip every year where they bring all these [writers] to you. Beth Nielsen Chapman is one that sticks out, Charlie Worsham … I’ve had a lot of introduction to different styles of songwriting, different genres, and while I love jazz and I love great melodies, I also really like stories. The blues, early country, early Gospel – I love it all, and thankfully I’ve had some opportunities that have really opened my eyes to that stuff.”

Collier has been including her own material on her albums pretty much since she started recording. “I’ve written most of the songs on pretty much on all of them,” she said. “On Heart on the Line I wrote eight of the 11. I’ve written albums entirely on keyboards, and then I’ve written songs based on saxophone melodies. This album was written more on guitar than anything else.”

With so many artists recording themselves these days, a lot of people have learned the ins and outs of that process, but Collier took it even further when she decided to get a degree in the science of recording. “When I was in high school I started working in Logic and GarageBand,” she said, “started learning about how all that worked and I loved it. Started learning about all these little issues and how all these little knobs work and it always intrigued me. And then I got to Berklee and I found out they had an engineering degree, and trying to be an independent artist, it just seemed pretty natural to learn as much as possible to be able to record at home, or to be able to produce other artists.”

“I love mixing as well,” she continued, “so it was just kind of about getting the most well-rounded education I could at Berklee. I also took an analog tape recording class, because there’s a sound to tape, you know? If you have a tape machine, why not do it? And I had great people teaching me that you can have a $40,000 mic, but if you don’t have the horn positioned properly, if you don’t have it in front of the vocalist properly, it’s not gonna pick up what you want.”

When it comes to singing, Collier said she was influenced by some of the best, and her tastes may be a little more eclectic than a lot of horn players. “I grew up listening to a lot of Top 40 and country,” she said, “and then I found Ella Fitzgerald and Sarah Vaughan, the jazzers, and Norah Jones, Jill Scott. And I knew of Bonnie Raitt because I knew the Nick of Time record, I think that’s how everyone thinks of Bonnie Raitt. But when I was in college I was given her first three records, and I just love her voice, she’s just always been able to give me goosebumps. She’s always sang a story so well. And I love the Highwomen. I just love anybody who sings a story well.” 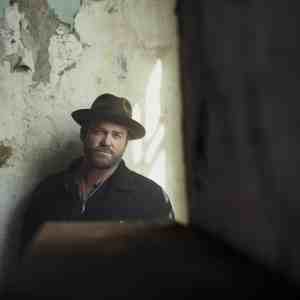 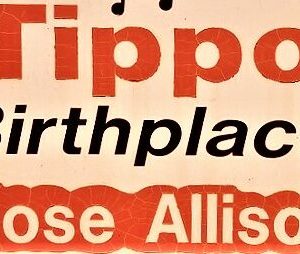