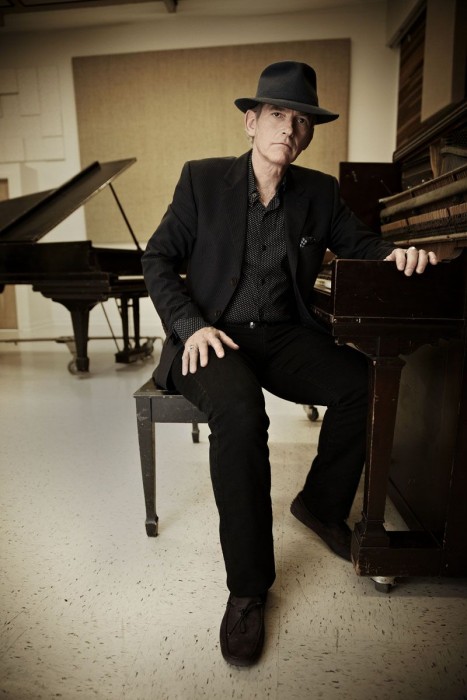 “I’m a guy who, when I’m lucky, something knocks at the door and I write it down.” That’s how Benmont Tench — best known as keyboardist and founding member of Tom Petty and the Heartbreakers, member of pre-Heartbreakers band Mudcrutch and highly in-demand sideman – describes his open-ended songwriting process.

Until recently, his songs largely remained on paper or demo form or sung by a collaborator (including number one song, “Never Be You,” a co-write with Tom Petty that Roseanne Cash recorded). The question wasn’t if Tench could write songs, but whether he had enough confidence in releasing his music to the public. Thanks to a series of events and encouragement from his friends, he eventually found the courage and confidence to give his songs a proper release.

When Mudcrutch reunited in 2007, Tench found encouragement in the fact that everyone had a shot in bringing a song in. One day he brought one his own songs, “This is a Good Street,” a song that allowed him to take lead vocals. As a result of the positive reception of that song, he began testing his songs live at Los Angeles club Largo. Soon afterwards, he began inviting his musician friends to his house. This list of friends included Sean and Sara Watkins, Jackson Browne, Paul Simon, Matt Sweeney, Blake Mills, David Rawlings and Gillian Welch, and Jonathan Wilson. Sometimes they’d use Benmont’s pool or just catch up, but many times they’d have casual jams together that were unplanned and spontaneous, and allowed everyone a chance to share what they were working on.

When Tench shared his own songs, his friends didn’t waste time in telling him how much they liked them. They asked, “Why don’t you release them?” To answer that question, once he was convinced it was the right thing to do, he sought out longtime friend and legendary producer Glyn Johns.  Johns had initially suggested making an album a decade or so earlier and it seemed like now was the right time to do so. They eventually booked 11 days at Sunset Sound in Los Angeles where they recorded to tape. The result is Tench’s first solo album, You Should Be So Lucky.

The album draws largely from songs Tench wrote over his 37-year career, from his days growing up in Gainesville, Florida and making a then-risky decision to pick music as a career to becoming a Rock and Roll Hall of Fame caliber musician. The two exceptions are covers of the traditional “Corrina, Corrina” and Bob Dylan’s “Duquesne Whistle.”

“It’s just a bunch of my friends and I getting together to play songs and that’s what it is,” says Tench, not getting lost in the star power that helped him. “We got together and I had these songs, some for over 30 years and some of them for 30 days. And we just got together and hung out for a week and a half and made a record of the songs. And it was one of the best 11 day periods of my life. Really a delight.”

We caught up with Tench at his home in Los Angeles by phone recently to talk about the new album and his unique songwriting style.

Between the Mudcrutch reunion and get-togethers at your place with musician friends, things really added up in the past few decades to give you confidence to release your songs in public. Can you talk about that, finding that courage?

I’ve written songs my whole life, since I was a little kid. The first thing I wanted to be after I started playing piano was a composer or a songwriter. Because there were no Beatles yet, I was more into the Rodgers and Hammerstein tradition. My parents played a lot of that around the house. Also, Irving Berlin. But when I was 8 or 9, I heard a song called “His Latest Flame” by Mort Shuman and Doc Pomus that Elvis Presley cut. It knocked me out as a song, the way the chords, the notes, the words worked to conjure emotion. I think that’s the first inkling that I had of the power of the writing of a modern rock & roll pop song. There had been songs I loved before, like “See You Later Alligator” by Bill Haley and the Comets, which is actually a Bobby Charles song. But that one was the one that made me want to write rock songs. And The Beatles blew it all wide open with, “Oh, you can play, and you can sing and you can write your own songs.”

I never had any confidence in my own voice, but as far as the writing and playing, I was into it for a long time. And in the first go around of Mudcrutch, Tom wrote sometimes with Mike [Campbell] and a guy named Danny Roberts wrote, Tom Leadon wrote before I was in the band, and I wrote, so just about everyone in that band wrote songs. But when the focus switched to Tom with the Heartbreakers, I kept writing, but it didn’t have anything to do with my songs. So apart from a stint in Nashville writing for Maverick and then Warner Chappell just to see what that was like, I didn’t really have an output for the song. The Mudcrutch resurrection gave me a chance to do one and people liked it.

I started hanging out at a club called Largo here in Los Angeles and everybody at Largo kind of likes keeping it loose and saying, “Hey you got one, play one.” And I’d do that. At the same time, I was having people from Largo and a few other friends like Jackson Browne, Blake Mills, Matt Sweeney when he’s in town, Sean and Sara Watkins, come over to my house and just have fun, just hang out and go swimming. And somebody would play a song, covers mostly. We’d show each other what we’ve been working on. And it got a reaction. I still didn’t know what to do with the songs, I didn’t have any intention of recording them. I had only ever wanted to make a record with Howie Epstein, who was the Heartbreakers bass player for a good period of time for about 15 to 18 years, and then he passed away. After he passed away, he was the only person that I felt sympathy with that made me think, “Maybe I’ll make a record.” He liked the songs. But Glyn Johns just flat out offered and said, “Hey, let’s make a record sometime.” And a few circumstances in my life conspired to make me feel like, “Well, I better go ahead and get these songs an airing.” So I took Glyn up on it.

In the press release it mentions Glyn first suggested the idea about 20 years ago.

It was about 15 years ago when Glyn first floated the idea. 10 years ago, 15 years ago. We were really good friends. He’s a giant in my eyes as far as his role in the world and in the history of music, so I just kind of felt he was just being nice, but he meant it. And this time around – after more encouragement from my friends and some stuff that put time restraints on me, like, if I’m going to going to do, it I need to do it now – I called him up and said, “Hey, did you mean it?” And he said “Absolutely.”

We had a window of 11 days that he would be in town. At the same time a recording studio was available and that my favorite drummer outside of the Heartbreakers would be available and some other musicians would be available as well. Everything coincided that we had 11 days that we could go in and record this stuff. We recorded and mixed it at a great studio called Sunset Sound. Glyn got a hold of some tape because we didn’t get ProTools anywhere near the record, and we went in with some friends of mine and did the record.

How did Glyn’s honest tell-it-like-it-is style of producing come into play working with you, someone with not a lot of experience making music as a singer?

I have a lot of experience in recording but didn’t have any experience being the guy who was the focus on the record. And Glyn’s style of recording. . . Glyn gave me a lot of confidence. Everybody that was on the record, we were all really good friends, so I didn’t feel like I was under any pressure and I didn’t feel any stage fright. I didn’t think, “What’s this guy going to think of this song?” because it was just among friends. And Glyn likes, as I do, to just record it and not fool around. He’s plenty willing to do something fun and experimental or do this or that, but he also understands just leaving it alone and getting good performance onto tape,  and not covering up stuff with a lot of bells and whistles when it doesn’t need it. 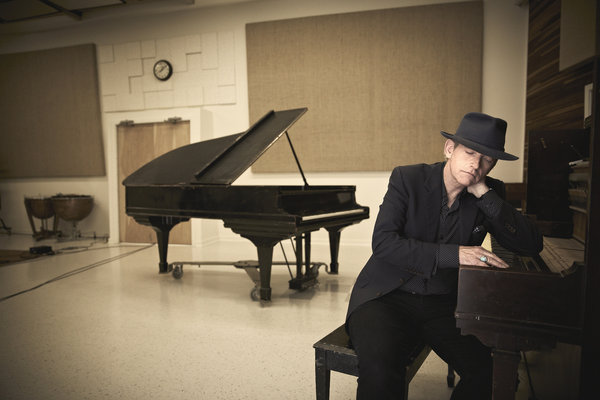 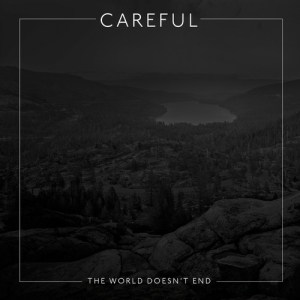