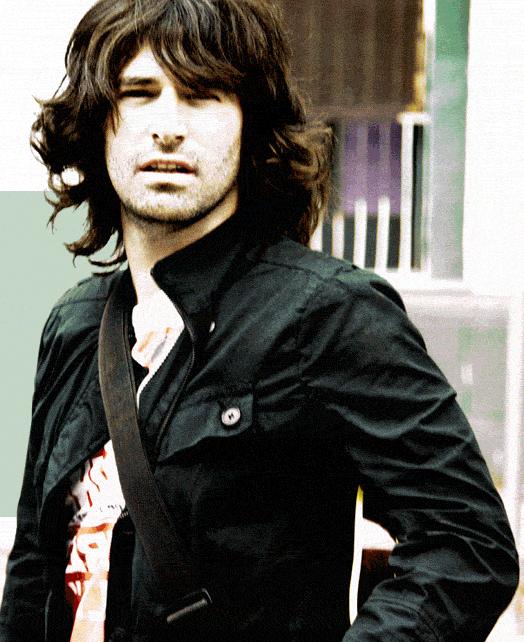 For his fifth album, Pete Yorn, Pete Yorn enlisted the help of Frank Black, the famed Pixies frontman and solo artist, to serve as producer and co-captain. The result? One of Yorn’s finest albums to date. We talked to the New Jersey native about shacking up with Black, his Velcro memories, and duet partner Scarlett Johansson.

Why did you end up calling this album Pete Yorn?

I don’t know. It’s not some big statement or something like that. I think it has something to do with how stripped down, at least to my ears, the record was, kind of presenting me with no-frills, and it felt natural to do it that way.

Frank Black produced this record. How did that happen?

I was hanging out with a mutual friend of ours, who I hadn’t seen in years, playing her some of my new songs I had written, and she kind of out of nowhere said, “You should work with Charles Thompson.” And I was like, “Who’s Charles Thompson?” And she said “That’s Frank Black.” I never knew that was his real name, and I was like “Yeah, of course, I’d love to work with Frank Black.” I didn’t really think much of it, all I know is a couple of weeks later I got an e-mail from Frank himself saying “Hey man, let’s record some tracks.” So I was like “Whoa, alright!” Then we just had to figure out exactly how it would work. I was getting ready to go on and make my record Back And Fourth in the not too distant future. So I thought maybe I could just go in and make a quick EP or five songs. And he was like, “Nah, man, I want to make a whole record,” and I was like, “Alright, well we’ll see.” I flew up to Oregon on my own dime and we just got together and let this all happen, and we got a record out of it.

You’ve said that Frank Black can distill a song to its core. How did he do that with the tracks that you worked on together?

You never know what someone’s going to bring to the table creatively. I didn’t know him beforehand at all, but as a producer, I was really impressed with ability to articulate things, probably better than any producer I’ve ever worked with. To be there, in the moment, and be able to look at a player, whether it’s a drummer or a bass player or guitar player and say, “You there, play a quarter note here.” Instead of sitting here strumming, a really busy strumming pattern playing rhythm guitar, he was able to see where he could take away, and maybe he’d say, “Strum half as much. Make it less.” Somehow all the stripping away he would do to people’s playing, it created this space in the arrangements that made the songs have more weight. And I was just really impressed with that, I was like, “Wow I never thought to do that before.” As I was watching him in the studio I feel like I learned a lot from him. I feel like I can take that to other projects that I do.

Did he ever talk to you about lyrics, or was it all musical?

He got into lyrics. That was also really cool. First, he picked me up at the airport, booked my hotel room for me, drove me to my hotel, brought over a couple of acoustic guitars and was like, “Play me any songs that you want to record.” So I had a whole bunch of songs that I thought that he might dig, that I thought might be a good project. I would play him a song and we would talk about where I was in my life at the time, where my head was at, what I was trying to say. He kept kind of pressing on, “What do you want to say here, what are you really thinking about. Is that what you want to say, or do you really want to say this?” A lot of times my lyrics can be cryptic; I kind of enjoy the subtleties of lyrics and stuff like that. And he was kind of pushing me, in good directions, I think, to articulate with even more solidly what I was actually trying to say. So I worked on that with him, and actually went back a few weeks ago and was listening to the acoustic versions of some of the songs we had recorded, and thought, “Oh my god, the lyrics were so different in some of the spots.” It’s not all over the place, but a couple of songs. I think the changes we made are really positive and really helped focus the song in a good way. So he was a great help with that.

It’s funny, too because his particular lyrics are super cryptic, you could say.

Yeah, I know. I don’t know if it’s a cryptic thing, if that’s the right word. For me it’s more like whether you’re saying it cryptically or not, is that what you want to say, is that what you’re trying to get across? He made me think about that a little bit, which was cool.

The first single off the record is “Precious Stone.” Do you remember writing that?3

That was one where I worked on some of the lyrics a little bit after I played it for him. I wrote it and then I was sitting around for a few months and I think in the beginning the song was more like, “I want to be your precious stone and I’m gonna be,” and then it somehow turned out to be more of like “We’re not gonna be able to be together” because that ultimately was the reality of the situation. I was kind of fantasizing at the time, but it became more real in the context of what I was writing about.

How about “Velcro Shoes?” Are the lyrics to that about your childhood in particular?

Every lyric in that song definitely pulls back a very strong image from my childhood, which is fun. Even the shitty things from my childhood, somehow I hear them in that song. Like there’s one line about “a faithless man who hides behind closed doors.” But that was one that came in fully formed, and Frank really helped with the arrangement on that, and took it in a cool direction.

Pete Yorn was recorded really quickly, and you had the flu during it. Was Frank Black a task master during that? Did he keep you working?

He was focused. He definitely had a strong idea of what he wanted to get accomplished and I went for it. I was mostly worried that when I first realized I was sick and I felt like shit, that we wouldn’t be working in a small space where the studio’s really tight. I was hoping he wasn’t going to torpedo the whole session when people walk in, and be like, “Oh, I don’t want to get sick, I don’t want to be here.” But he carried on. I love it and that’s what mattered to him. The first few days definitely sucked. I was worried about my voice but it kind of all came together and worked. I think the quality of my voice lends itself to the record really well.

You’ve put out a lot of material in the last few years. Do you write songs constantly?

No, no. I write when I feel something inside of me. The burden to write I guess? Some people, they force themselves to write everyday. I haven’t really had to do that, or had the desire to do that. When I’m feeling something, or I got something to say, I’ll write.

Here’s an age-old question: do you write the music or the lyrics first?

You co-wrote “Baby Hold On” with The Dixie Chicks for their 2006 album Taking The Long Way. Was that your only co- writing experience?

I wrote a song with a friend of mine years ago, it never saw the light of day but I do like the song. I’m probably forgetting something. It’s very rare that I co-write. It’s kind of my own thing. You know I did co-write a little bit with this guy, David Baerwald, on one song two years ago, this song called “Alive” on Nightcrawler. I had the song mostly written and then we got together, and messed around with it a little bit and kind of expanded on it, which was fun. He’s a cool guy, and interesting guy to work with. But mostly I’m a pretty solitary writer.

How was that co-writing experience with the Dixie Chicks for you?

It was amazing on many different levels; getting to know them, becoming friends with them, seeing what their process is, and getting to see how talented they are. We’d be sitting on the couch in Martie’s living room, with a bunch of acoustic guitars and a mandolin or whatever, and it’s like three angelic voices, perfect three-part harmonies coming at me. They would start singing and I’d just be like “Oh my God.” I mean, I never really knew their work before, and they’re just such amazing singers and cool people. More than anything that was just a really cool experience.

In 2009 you did a duet record with Scarlet Johansson. How do you feel about it now? Do you think she was pretty happy with the way it came out? She’s had experience in the music world, but not too much, so it must have been a new thing for her.

Yeah, I know that she is really proud of the record, and I’m really proud of the record and I think it was a great experience, again. I never expected much from the Break Up record. It was just a fun thing to do and we loved it, and we’re happy we got the opportunity to put it out. And the cool thing is people discover the record every day. I think it’ll have a nice long life. The songs on there are pretty universal. 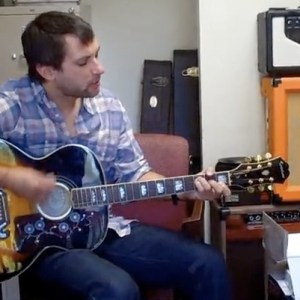