The most striking aspect of Folk Alliance International conferences is the cacophony. Noise comes from all directions; players tune instruments in hotel stairwells, hallways and lobby corners before performing multiple nightly showcases on three floors of dedicated hotel rooms and/or ballroom stages. Impromptu performances and conversations break out near always-busy elevators, sometimes causing potential passengers to miss the ding announcing their arrival. Band camp, panel discussions, an instrument-filled trade show and the chatter of 2,700 attendees produce a constant din.

It’s a glorious noise, overall. But for concert and record producers, booking agents, label reps, managers and even players, the most important activity at this conference is selective listening. Tuning out extraneous sounds to focus on the music or speaker you want to catch can be an overwhelming challenge. And yet, remarkably, in room after room, one can witness chattering artists and music-biz types, many with lips loosened by free-flowing libations, slip into mesmerized silence, captivated by the power of wooden instruments and sung words. (Those less mesmerized might be shushed into cooperation, but most people really do listen.)

Over four nights at the Westin Crown Center in Kansas City, Missouri, there were many such moments, and an equal amount of lighthearted — or simply joyful — ones.

Mélanie Brulée & her Bad Manners singing “These Boots are Made for Walkin’” in French.

John Gorka talking about his time in Bethlehem, Pennsylvania, and singing songs inspired by his experiences there, along with others from his new album, True in Time.

Tim Easton talking about growing up in Ohio and singing tunes from his upcoming album, Paco & the Melodic Polaroids, recorded direct to lacquer in Bristol, Virginia.

Carrie Elkin announcing, “There was another mass shooting today and I’m fucking sick of it,” before delivering her powerful song, “Thy Will Be Done.”

John Oates turning “Maneater” into an acoustic reggae tune — which sounded even better than the original — and singing “Lit Him Come to You,” a song he and Jim Lauderdale co-wrote one night at 3 a.m., in the D’Addario/Cole Clark/AER room.

Making Movies’ Enrique Chi, with one eye blackened, talking about giving voice to a Latino community that has been “punched and beaten up over and over again” while performing near a poster advertising the band’s 2017 Immigrants are Beautiful tour. Later, the band rendered their now-signature cover of Tears for Fears’ “Everybody Wants to Rule the World,” then played a dynamic set with Ensemble Iberica. The next night, they were joined by Los Texmaniacs accordionist Josh Baca.

The last-minute Texas Music Office/The Kessler showcase addition of Los Texmaniacs with accordionist Flaco Jiménez and guitarist Redd Volkaert, two Texas legends. Baca, who stepped offstage when Jiménez played, later confessed he was too shy to perform with his hero.

Bob Livingston’s pre-Texmaniacs showcase in the same space, accompanied by Radoslav Lorković and David Amram, the sage of every Folk Alliance conference. And before them, the inspiring Saul Paul, who noted “Music is about community. Community is about unity,” and unity is about “you and me,” and said he learned to play guitar because a black dude rapping over an acoustic was “less scary” than one rapping over beats.

The Sea The Sea in the Wisconsin Room, which was covered in beer signage — and one reading, “Drink Wisconsinbly.”

Mary Gauthier invoking Woody Guthrie as she patted her guitar and discussed “using this machine” to help veterans articulate their postwar struggles, describing how she watched their faces visibly soften as they released pent-up pain and turned it into songs.

The Fortunate Ones in the Bloodshot Records room.

The Accidentals, the Western Flyers, Les Poules a Colin.

Rosie & the Riveters sporting a retro, Andrews Sisters look and sound, but singing about present-day issues — with sassy humor and serious sensitivity.

The virtuoso Jorma Kaukonen, attending his first FAI conference, observing he was hearing music that would have been unthinkable when his career started 50 years ago, then announcing, “That’s the way it should be.” He also joked that he keeps touring because “I get to play the guitar and talk about myself all day. I can’t do that at home.”

The droll Richard Thompson discussing his career, and how Dylan “changed the rules” by bringing intelligence to lyrics and creating a climate in which radio would play political songs — thereby rescuing listeners from the an era of pop music that was “sentimental, simplistic … stupid.”

Hearing keynote speaker Mary Chapin Carpenter admit she chose music over ice-skating because, at 15, “I knew I was far more interested in sitting in my room and playing guitar than getting up at 4 a.m.” She also noted that the insecurities which plague us in adolescence “never leave you” — which could be why she didn’t allow photos. With her 60th birthday days away, the audience sang “Happy Birthday” — and she cried.

Earlier, she said of the conference, “There’s a wonderful feeling of celebration and accomplishment, and of course, community.”

Those sentiments, echoed over and over, all week, are what keeps this organization together — and growing. 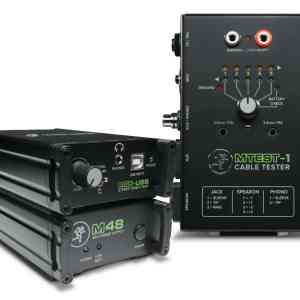 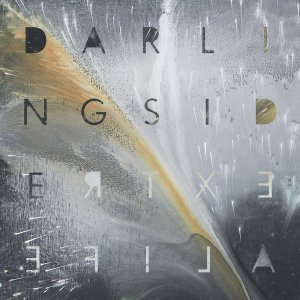