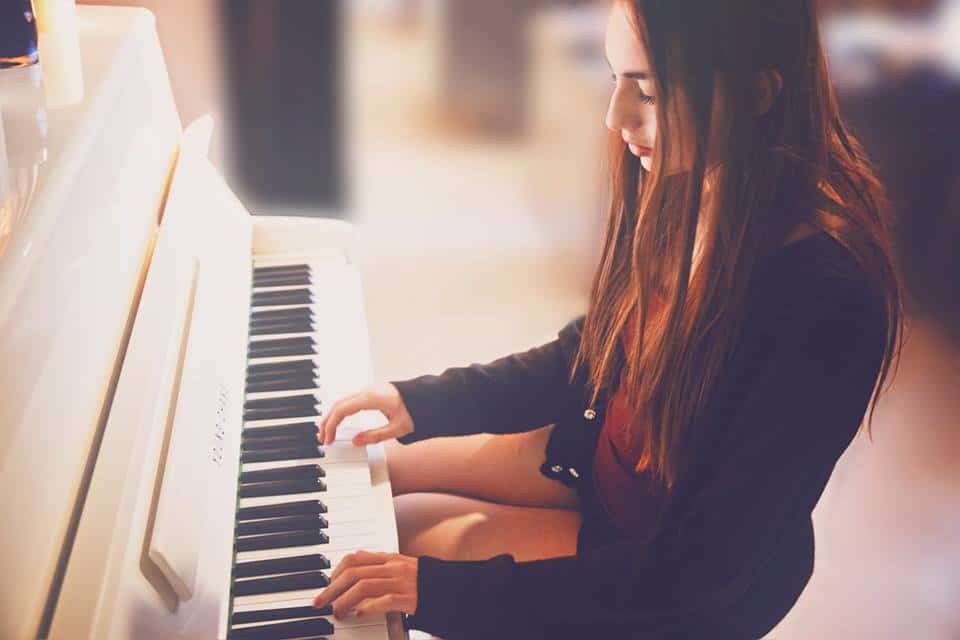 Dave Stewart brought his newest discovery, Hollie Stephenson, to the Hotel Café this week, and it was a momentous night, the debut of a shining new musical star.

Having heard some of her songs before this, I already knew she was a gifted songwriter, writing songs which resound like classic Motown and soul. And I knew she was a seriously great singer who knew how to deliver a song like she’d been singing them for decades. But could she perform? At 16, here in Hollywood at the Hotel Café, with a big band to a packed house? Would she not crumble when having to manifest this crucial night in her dream?

Hardly. She took the stage like she was home, and proceeded to enthrall the crowd with her singularly soulful songs, commanding the big band like a seasoned soul diva. It was amazing to see, and to hear, and to register that this is a 16-year old girl we are experiencing, yet as vital and inspirational as the best of the best. That sometimes there are real virtuosos – deep wells of talent born not out of experience but some other place – and that this star was already born, and on her journey. There was no question that this was a historic moment – not unlike the one in which Billie Holiday first performed, and the first recognition dawned of a new voice that soulful.

The packed club seemed positively stunned – and enthralled – by her performance. Though the Hotel café usually hosts intimate, often acoustic, shows – her nine-piece band was snug onstage but not crowded (though the bassist was invisible behind the back-up singers) – and gave her the perfect power and platform to deliver her songs. But `deliver’ is too weak of a word – she brought everything and more she had to these songs, and moved in a rainbow of simmering  grace as she brought genuine soul passion to Hollywood.  Beautifully inflected by compelling funk grooves and a bright horn section, she soared over and within the rich music of this big band, and played its dynamics expertly.

The band – which Dave said only had one rehearsal, remarkably – was composed mostly by students from the Musicians Institute, just up the street from this club – and they all played with joyful and funky charm, delighting in the classic contours of her songs.  The great Ron Avant covered the keyboards, the harmonic heart of these arrangements, with Sterling Laws on drums, Will Wu on guitar, Maurice Ellis on bass, Mike Eyia on sax, Matthew Skinner on trumpet, and deliciously sumptuous back-up vocals by the trio of Nava Morris, Faith James and Chaynler Stewart. Michael Bradford was the musical director who put it all together.

When I first heard some of her music prior to this night, and saw some music videos, I instantly thought Amy Winehouse, because Hollie’s a young British girl singing horn-inflected soul, and conjuring up a modern-retro sound just like Amy did. Of course, I thought a healthy, more joyful Amy, as Hollie’s music is nowhere as dark, or her countenance.  And when I mentioned this to her a few days prior to this show, this “healthy Amy Winehouse” description, it rankled her. And now I get why.  Though there’s a strident, reedy quality in her voice that cuts through the big band like Amy’s did, it’s a different sound – and a different  range of colors – than that which Amy possessed.  In fact, hearing her live I realized she sounds more like Ronnie Spector than anyone else, especially in the exultant ability to pierce through big arrangements, like an alto sax soloing over a big band, so that every word is heard, and every emotion felt.

Of course, all musicians are defined by similarities to those who came before them. Amy was endlessly compared to Billie Holiday, as Dylan was to Woody Guthrie and Tom Petty to Dylan. It’s the way we understand new artists, before we accept them as individuals. Hollie is very much an individual, and it was simply remarkable to watch her confidence and joy onstage and understand she’s a girl – just 16 – yet with the purity and finesse of a diva.

She’s a seriously great songwriter. It was the songs that got Dave Stewart’s attention and brought Hollie to Hollywood. Beautifully constructed anthems abound, like “Broken Heartstrings” and “Lover’s Game” which are all soul rave-up, horns swelling into explosive melodics, and which she sings the hell out of. “Pointless Rebellion” is part-reggae groove, part Phil Spector gem.

So excuse me for admitted hyperbole, but it was tough not to feel like people must have felt the time Billie Holiday first appeared, or Amy or Adele, or any of these legendary chanteuses who have impacted our lives. It seems inevitable that the industry will embrace her, and that she will become as well-known and beloved as all aforementioned divas. But the truth is, she’s already there.  She needs no development . And I heard news that she had been offered countless deals that very night. How she flourishes within this industry remains to be seen. But what is already sure is Hollie Stephenson’s a star. Just when people say, “nobody writes songs like they used to,” along comes Hollie to remind us what it all means. 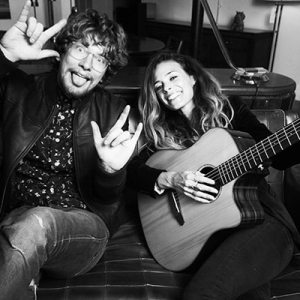 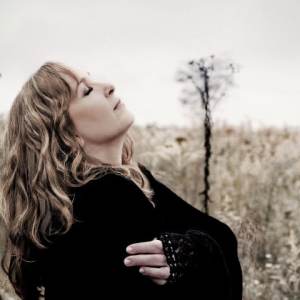