‘90s country never goes out of style. The current mainstream market ─ from Midland’s tirelessly tight-jeaned aesthetic to Runaway June’s Dixie Chicks-infused harmony ─ is indebted to it. In between, you’ll find artists like Ashley McBryde, whose vocal suggests classic Terri Clark, and Brandy Clark, brandishing Mary Chapin Carpenter-worthy songwriting chops. When it comes to Hot Country Knights, a passion project for Dierks Bentley, going by Douglas (“Doug”) Douglason here, their debut album, The K is Silent, superfluously bathes in the style, approach, and boot-scootin’ boogie of the decade.

“The goal was not supposed to make this a parody album,” Bentley told us this week. Where songs like “Mull It Over” and “Asphalt” smolder with plaintive seriousness, paired alongside infectious honky-tonk jukeboxers “Pick Her Up” (featuring Travis Tritt), elsewhere such entries as “Moose Knuckle Shuffle,” “Wrangler Danger,” and the Terri Clark-starring “You Make It Hard” (a nod to sultry Tim McGraw & Faith Hill duets) are just plain silly.

There is little artistic merit here on its own, but that’s not exactly the point. In the age of nostalgia, from TV reboots to pop band reunions, The K is Silent is well-oiled and well-tanned for the biggest ‘90s country fans ─ still longing for watermelon crawls, strawberry wine, and wide open spaces. Yet the short-stacked, 10-song collection oozes neon-laced charm, and you’ll undoubtedly be transported back in time.

“When we look out every night at our sold-out crowds just like right here tonight in… anyway… we don’t see, black, white or brown…no,” Bentley’s Douglason leads off the song as a spoken word, set against a live backdrop (not unlike a political rally). “In fact we don’t see colors… we only see red, white and blue!”

It’s foolish enough just to work. He continues, spouting the kind of rhetoric you’ve probably heard in the news recently: “Now this morning I was checking the tag on my underwear to make sure it was mine… it was… there’s a little tag in there that says ‘Made in China.’ But I remember when those tags used to say ‘Made in the USA!’ And that got me thinking… it inspired me to write this little song right here about twenty minutes ago.”

Hot Country Knights’ The K is Silent is satire through and through ─ even tipping their hat to the brooding Garth Brooks’ number “The Thunder Rolls” with “Then It Rained” ─ and it doesn’t always stick the landing. Sure, Bentley skirts the lines between celebration and mockery of 1990s-style songwriting and performance, but his playful irreverence is delightfully amusing. 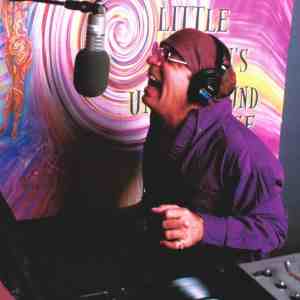 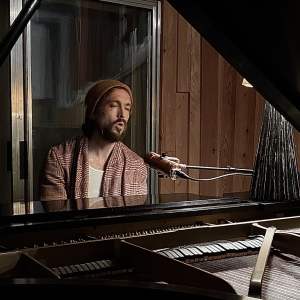