In her newly released single “Hot Head,” Philadelphia singer and spoken poet Christinna O reveals what it is like to live with a bipolar disorder.

This song reveals Christinna’s struggles with being a Black woman who is also queer. Sometimes people only see what they want to see or judge someone based off of who they love, the color of their skin and any imperfections they may have. Christinna brings light to the issue of not being seen solely as a person. She shows strength and power in her words.

“I feel as though vulnerability is a grand theme in all my music. I am my most vulnerable self in music, in fact. “Hot Head” was written as a purge to expel so much rage and chaos that I felt I was holding all to myself, out of the fear of my cries wouldn’t be seen as important or worth time. The song speaks from a place of being a marginalized voice…being that I’m a Black woman, a queer Black woman and a queer Black woman living with bipolar disorder. This is all to say, “hey, my voice exists and it is important. Listen to me,” says Christinna O.

Recording songs isn’t always as glamorous as it may seem, it can be hard work. For Christinna and producer, Daniel Lynas, this song had to be completely sincere. Christinna revealed the process of recording “Hot Head” to American Songwriter.

“I recorded this song with Daniel Lynas at his place. We had a long session that day…I had the best burrito of my life while Lynas created the ambient – tension building track. I was jet-lagged and super tired physically but my passion for expression was there as usual. I wrote the song all while bouncing back and forth between the booth…the only thing that usually makes it to paper is the hook. Like a lot of my records, “Hot Head” is an honest freestyle.”

This is a song that many people might be able to relate to their own lives even if they are not dealing with the same things in life as Christinna is. The point of the song is to make it clear that your voice should be heard, it is worthy of being heard and we need to hear each other. That is how we can make the world a more accepting place.

“If you get nothing else from this record get that…we must listen to one another. We must listen to Black women when they (we) say “I need help.” So much of our intersectional struggle(s) has made it hard for us to feel safe saying “I can’t do this on my own, I don’t have the answers, I’m in pain.” Afraid that a cry for help never makes it to through ears of care…In the record, I simply ask “if I don’t bite my tongue…don’t clench my teeth…promise you will listen to me.” Listen to us.”

You can listen to Christinna O’s song, “Hot Head,” down below: 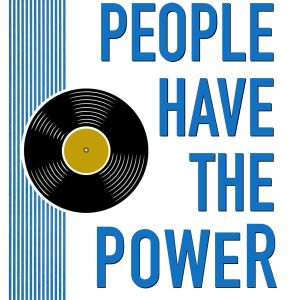