On Thursday, legendary rocker Robert Plant and Americana icon Alison Krauss announced that after 14 years, they’ll be releasing a follow-up to their seminal 2007 duet record, Raising Sand. Titled Raise The Roof, the new collaboration is due November 19 via Rounder Records—read more about it HERE.

With the announcement, many folks are recalling just how impactful Raising Sand was all those years ago. Sweeping the 2009 Grammys—even taking home the award for Album of the Year—the release anticipated the nu-folk movement in 2010 and ushered in a new era for both Plant and Krauss. So, we decided to dig into the story: how did this unlikely pairing come to be? Amazingly, the answer begins with a deity of the American folk world: Lead Belly.

“I first met [Plant] at a Lead Belly tribute gig in Cleveland in 2004 where we were both singing,” Krauss recalled in 2011. “We hit it off over an old bluegrass artist called Ralph Stanley.”

At that point in time, Plant was already familiar with Krauss and was a fan… he first heard her outside a Shropshire pub. “I remember pulling over and writing the name down—who the hell was that?” he told The Guardian in 2017. So, when he got the offer to collaborate with her, he was immediately intrigued by the idea.

“They said, ‘Do you know about Alison Krauss?’ I said, ‘Well, yeah, she’s got the voice of an angel and she sings very, very delicate beautiful songs about pain, heartache, and joy,’” Plant said on his Digging Deep podcast. “They said, ‘Why don’t you come and give it a whirl, see what you think?’ We decided that something good could happen between us because our voices are so different, yet, if I back off and take away the whole edge on my vocal performance, I can sing very delicately.”

As history proves, “something good” did come out of their collaboration… even if that wasn’t totally clear at first. See, at the Lead Belly tribute, the two opted to duet on one of his hits, “Black Girl,” and it didn’t go… great.

“It was not the best choice,” Krauss told Rolling Stone years later. “It wasn’t the right tune to make any judgment about how we would really sound… [But later] Robert talked about driving through the mountains, listening to Ralph Stanley. After five minutes, I got who he was, why he would be interested in me.”

Eventually, the two got the notion to make a whole record together and T Bone Burnett oversaw the affair—just a few years after the Lead Belly tribute, Plant and Krauss were hitting the studio to make Raising Sand. Ultimately, the experience was an amazing period of growth for both artists.

“I was basically tutored by Alison,” Plant said in the Guardian interview. “She’s a very precise singer who’s done more duets than you can shake a stick at, and I was thinking, ‘Help, I’m a rock singer, no matter what I do!’ But, of course, I’m not—I’m just a guy that sings songs. She’d hit the talkback button from the control room, lean into the microphone and say: ‘Robert, why don’t you sing the same thing twice?’”

Having earned them a plethora of awards, a heap of praise and a special place in the hearts of millions, the musical partnership between Plant and Krauss is a testament to the power of true musicianship. Across genres, oceans, cultures, and decades, these two artists were able to tap into an intimate space with each other, and the results are nothing less than pure music history. With the new record on the way, there’s a lot to look forward to.

Listen to the new single from Robert Plant and Alison Krauss “Can’t Let Go” below: 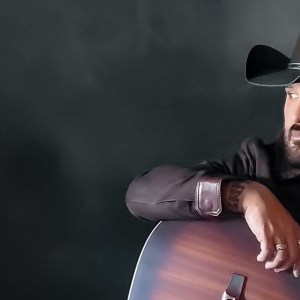 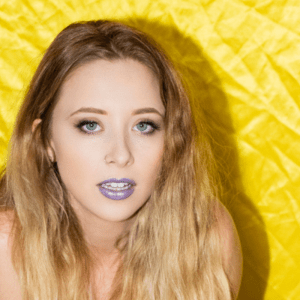