Rising pop/country artist Kalie Shorr joins the Pitch List podcast to talk about her TikTok virality, new EP, prioritizing honesty in her lyricism, and much more.

Her upcoming EP entitled I Got Here By Accident (yes, literally a reference to her being an “accident”) drops on August 13. Produced by Butch Walker, the EP is as the title suggests, a very honest account of Shorr’s life, which lacked the relative normality of her peers.

On the podcast, Shorr recounts that growing up wasn’t easy. By the time she was a senior in high school, she was providing for herself. Despite her rough upbringing, however, when she finally graduated she was relentless in her pursuit to move to Nashville and pursue a career in music, whatever it looked like.

“I was so focused on music and I don’t think that there was a part of me that questioned whether or not I could do it. I knew that I wasn’t the best, I knew I had to work hard to get there, but I knew I had something to say and I thought people might give a shit about hearing it. I use every bad thing that’s happened to just kind of push me further. It was easy to leave my hometown, I really wanted to start over and I really wanted to have some control of my own life.

“No matter how much noise was happening outside of me, obviously trauma is trauma and it hurt, but I was so focused that I don’t think anything could have really stopped me. And there’s been hard times in Nashville where I’ve been like, ‘Am I supposed to be doing this?’ But this has never been songwriting. I’m supposed to be doing music, this is all I’m gonna do. I don’t really believe that there’s another path for me,” she tells host Chris Lindsey.

In regards to her song “Amy,” which went viral on TikTok, she explains that she can only imagine it related to her audience because of its inherent candidness and transparency. Shorr remarks that she always pays close attention to these traits when writing songs that involve others.

“I have a rule when it comes to writing angry songs that involve somebody else and it’s if I’m going to put out a song that’s that scathing every single word has to be triple checked, it has to be true,” Shorr says. “There’s no space for exaggerating. It has to be completely accurate. Because if I’m going to roast somebody, I’m not going to put a lie out there. That’s the difference when you do something like that to somebody and you hurt them like that, that becomes their story too. So it’s their right to share it. It’s not their right to take it too far. So there’s some things I left out of the song because I wasn’t positive they happened.”

Of course, the fact that Shorr attests to everything said in the song only made fans double-down to scope out exactly who Amy is. Rest assured, her EP will serve up more shocking real-life stories from Shorr’s life for us to feast on. As she says: “the truth is almost always ridiculous enough.”

Throughout the rest of the show, Shorr shares her favorite conspiracy theories, her opinion on Britney Spears’ conservatorship, her quarantine cartoon voice work, and more. Listen to the rest of the conversation on the Pitch List podcast. 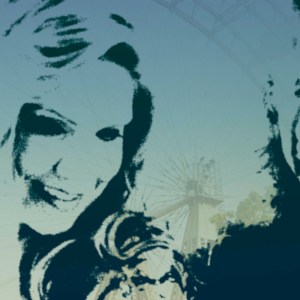