His contribution to the music industry dates back decades and spans several genres and contribution styles. But, Wein’s most notable milestones in his legendary career were co-founding the Newport Jazz Festival in 1954 and the Newport Folk Festival in 1959. These two events were the first and largest of their kind, and due to their success, served as blueprints for the standard of outdoor music festivals to follow in the nearly 70 years since.

Born October 3, 1925, in Newton, Massachusetts, Wein picked up piano lessons at age 8. Wein would go on to attend Northwestern University before being drafted into the army. After his honorable discharge from the Army, Wein returned to Boston University on the G.I. Bill and graduated from the School of Liberal Arts in 1950.

He would continue to play piano for the rest of his life, but bearing the weight of the heavy jazz mantle led the artist into his next career move as the owner of the famed Boston jazz club, Storyville, at age 25. Rather than risking his success in the performance world, Wein welcomed jazz artists like Odetta and guitarist Josh White into his venue. Becoming acquainted with these artists and others, as well as wealthy patron Elaine Lorillard. Together, the two would lure contemporary jazz greats like Dizzy Gillespie, Ella Fitzgerald, and Billie Holiday to Lorillard’s hometown of Newport, Rhode Island, for what would become the first Newport Jazz Festival in July 1954.

In 1959, Wein co-founded the Newport Folk Festival with Pete Seeger. With the help of Bob Jones, the festival went on to present the very best of folk, blues, and gospel, including Joan Baez, Bob Dylan, Peter, Paul & Mary, and the Dixie Hummingbird. Over the years, genre lines blended as the jazz-frenzy died down, the two Newport events became synonymous. Wein would later bring in Led Zeppelin, Sly, and the Family Stone and James Brown and other rock and rhythm and blues acts. In 2020, when Newport went virtual because of the pandemic, Wein introduced Mavis Staples from his home in Manhattan.

“I received an award from the APAP [Association of Performing Arts Presenters] for being a pioneer in changing the way young Americans listen to music in the summer,” Wein told Relix in 2014, recalling the origins of Newport Folk. “I’m very proud of that award, but I didn’t realize I was doing that when I was doing that. We thought, ‘Why don’t we set up on the lawn and build a stage and play the music?; Festivals go back to medieval times; there’s nothing original about doing a festival. I guess this was the first time music was presented in a two-to-three-day period like that.”

After the Civil Rights Act passed in 1964, the geography and cultural bounds of live music expanded South. In his 2003 memoir Myself Among Others, Wein recalls, “there was a desire on the part of Southern cultural establishments to join the mainstream of American art and entertainment.”

In this same decade that Wein’s model spread across the country, he brought his philosophy overseas, producing events like the Grande Parade du Jazz in Nice, France. Though unpopular among industry peers, the keen businessman recognized the opportunity within commercial programming—now commonplace in modern festival production.

In 1970, Wein introduced his concept in the Southeast with the New Orleans Jazz and Heritage Festival. The inaugural event was presented by Shell Oil and expanded the musical programming beyond mainstream Jazz. Taking it a step further, the festival emphasized the city’s famed food culture, incorporating local business and traditions into the live music experience.

In 2007, Wein sold his company to finally enter retirement. But two years later, the festivals he founded had gone bankrupt. So at age 82, Wein set up a non-profit foundation to protect Newport’s future, as he told NPR in 2011.

“The only chance we have of keeping the festival alive after I’m gone,” he said, “is to have a foundation and people that want to keep to it alive.” 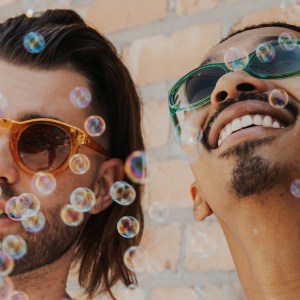 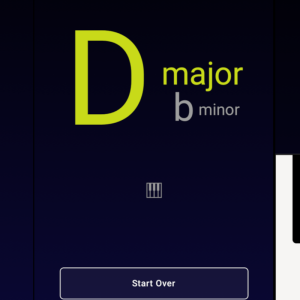