On August 6, when singer-songwriter Jillette Johnson releases the single “I Shouldn’t Go Anywhere,” she will show the world how she has undergone a transformation, both musically and personally, since she released her last material three years ago.

“I feel like it’s a bit of a bridge for me, [between] where I’ve been artistically and where I’m headed,” Johnson says of the track. “I was intent on having this be the first thing that comes out from me in a while because I feel like there is a familiar sense of me here, but optimism is steeped in where I’m headed. I feel so proud of this song, and how it came to fruition.” (Despite its pandemic-ready title, she says that “I Shouldn’t Go Anywhere” was written well before COVID-19 was even on the horizon.)

Johnson says this song started like most songs do for her. “I pretty much sat down at my piano – at the time, I had this beautiful and wildly out of tune hundred-year-old baby grand piano that I hated playing but it was so pretty!” she says with a laugh. “It was the day after my birthday, and I was a little hung over and kind of sad because I had been in this not healthy dynamic in a fling with somebody. I just hadn’t felt like I was my best self at that time. I put my hands on the piano and opened my mouth, and it just started coming out.”

Although the lyrics originated from a rather despondent place, the song’s overall vibe is one of hopefulness, which Johnson says was a deliberate choice: “It’s been a lot more fun to sing things that are optimistic. I’m not in my early twenties anymore. My early twenties and mid-twenties was more a time of feeling all the feelings and getting through it.”

As for the song’s instrumentation, Johnson says, “Right now, it feels more like a guitar-forward moment for me. I’m excited to step away from just being behind the piano.” This is, she says, more in the classic singer-songwriter vein, because “I think I’ve always identified as being in that realm. That’s really cool if that’s what’s coming through now. To me, that says that hopefully, with each song that I put out, I get closer and closer to representing on the outside what’s happening on the inside of my house with me and my piano.”

Johnson says her songwriting evolution is a reflection of the contentment she’s found in her personal life in recent years. “I’m in a very happy marriage and I have friends that I really trust and musical collaborators that I am super inspired by,” she says. “I feel like I get to have a more well-rounded life than I knew I was able to have, because I think I used to believe that in order to be an artist, you have to suffer. That kind of works sometimes, but I don’t think it actually serves me as well as learning how to be a real person.”

Another happy thing that has happened for Johnson is relocating to Nashville, which she says “has helped me tremendously, in the sense that I learned to find more balance in my life.” She made the move to Music City after making her last record, 2017’s All I Ever See in You Is Me, with Nashville-based producer Dave Cobb (who has worked with Chris Stapleton, The Highwaymen, and Jason Isbell, among many others).

“I was convinced by [Dave Cobb] and everyone else who worked on the record that Nashville was a really nurturing place for artists,” Johnson says. She is thankful that they were so persuasive, because “I have not felt the kind of warmth and support and community in any place that I’ve lived as much as I have in Nashville.”

Nashville isn’t the first city where Johnson has made her mark, though. She grew up outside of New York City, where she began writing full-fledged songs on the piano when she was only eight years old. Playing music “became the focus of my world,” she says. Her talent and determination earned her a professional career soon after. “I had managers and started playing shows in New York City when I was 12 [years old],” she says.

Johnson credits her parents with helping her succeed at this early age. “I was a really serious kid when it came to the things that I wanted to do. I think that I just put so much of my energy and time and love into making music that it was pretty clear to my parents that I wasn’t just off in a fantasy. It’s a privilege to have had parents that are like, ‘Cool, let’s figure this out.’”

During these early years, Johnson says her influences were artists such as Fiona Apple, Joni Mitchell, and Paul Simon. They were, she says, “These very brazen writers that seemed to not adhere to any rules. That was so exciting to me. I just wanted to be them.” When she turned 18 years old, she moved to Manhattan, where she pursued that dream in earnest.

Although she’s established herself in a music career, though, Johnson is still as driven to create as ever: “I’m someone that is constantly making new stuff. I write hundreds of songs a year,” she says. But even with all that practice, she admits that she still finds songwriting to be “a mystical process.”

While many songwriters in Nashville favor co-writing sessions, Johnson still writes alone. She has no plans to change this method, which she says is deeply ingrained in her: “I was eight when I started, so I wasn’t writing songs with other people, so it became a real, true craft to be able to write on my own – and therefore, it became my way to be an artist. I think it’s just how my brain got wired early.” Writing in this way, she believes, makes her songs “even more intimate, I’m not funneling someone else’s story. I put my whole self into it.”

With “I Shouldn’t Go Anywhere” and every other new song she writes, Johnson says, her goal is to make “Something that has layers, so that each time I play it and sing it, I uncover another thing that feels more like the truth.” 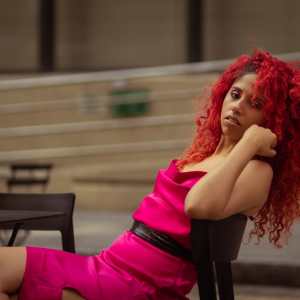 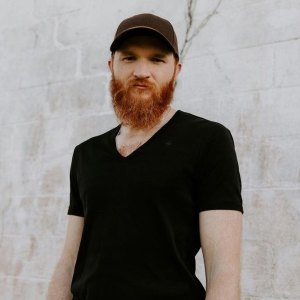