Sweltering, soul-moving guitar work rumbles through “Click Click Domino,” a new song from Nashville/London duo Ida Mae. And you can thank prolific guitarist Marcus King for such raw, musical velocity. Released on Wednesday (March 3), the track serves as the title to the duo’s sophomore record, set to drop July 16 via Thirty Tigers.

The riff coursing through the song calls to the work of “one of our favourite guitar players,” a musician named Pop Staples. The initial inspiration “slowly morphed into something that in my mind almost echoed moments of Peter Green’s Fleetwood Mac,” Ida Mae says. “It kicked up a gear when Marcus came over, and we stood side by side, soloing call-and-response guitar lines over the outro. The attitude of his playing was perfect.”

Lyrically, the song rooted itself in the sort of “knee jerk” culture that permeates much of social media, and the world, at large, these days. The duo also drew upon “concerns surrounding social engineering, the lack of emotional connection, and [how] physical disconnection gets to all of us. We all know how easy it is to falsify an image, be it in fashion, politics, or any aspect of your everyday, and in a lot of people’s lives it has become a necessity to play into it.”

Most known as frontman of The Marcus King Band, King also shares his thoughts on the collaboration—harkening back to one warm summer evening in Nashville while sipping a tumbler of whiskey. “I listened through the track and was immediately floored by the raw nature of the recording,” he says, “the intensity and the undeniable, delightfully British rock sound I had grown up being captured. I’m honoured to have played on this track.”

Ida Mae’s forthcoming Click Click Domino comes after a wave of critical and fan success surrounding their 2019 debut, Chasing Lights, and the follow-up, 2020’s five-song EP, Raining for You. The album weaves a patchwork of emotion, ranging from uncertainty and regret to overwhelming loneliness, while also hitting upon a brash, toothy mix of soul, British folk music, and classic rock ‘n roll. 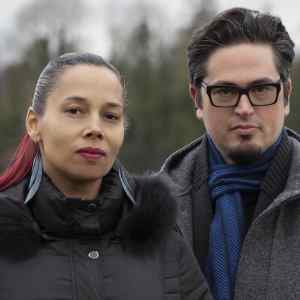 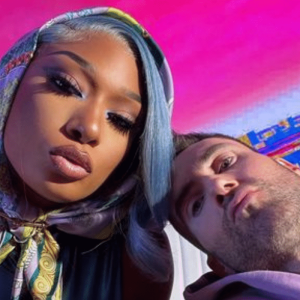